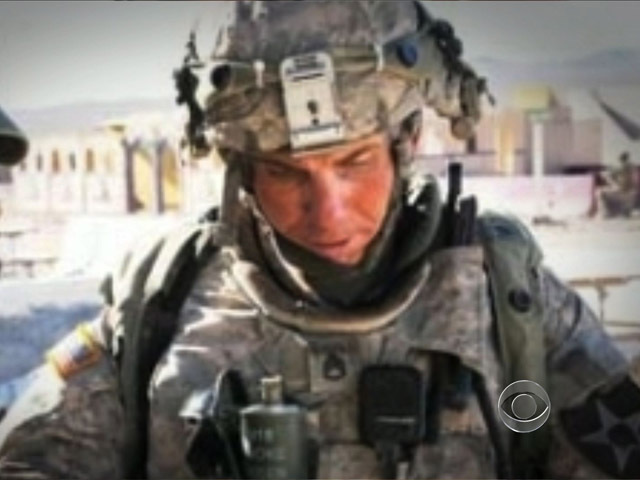 (CBS/AP) The wife of Army Sgt. Robert Bales, who is accused of killing 16 Afghan civilians in a shooting rampage that has frayed ties between the U.S. and Afghanistan, called the portrait of her husband painted by his alleged deeds "out of character."

In a written statement obtained by The News Tribune in Tacoma, Karilyn Bales said: "Our family has little information beyond what we read and see in the media. What has been reported is completely out of character of the man I know and admire. Please respect me when I cannot say I cannot shed any light on what happened that night, so please don't ask."

This is not the first time Bales' family has described the incident as shocking and not consistent with what they know about the 11-year military veteran. In an earlier statement released by Bales' defense team, his family said they only know him "as a devoted husband, father and dedicated member of the armed services."

Karliyn Bales also said in her statement that the March 11 incident was a "terrible and heartbreaking tragedy" that has made her family "profoundly sad."

"We extend our condolences to all the people of the Panjawai district, our hearts go out to all of them, especially the parents, brothers, sisters and grandparents of the children who perished," Bales said in the statement.

Charges expected this week in Afghan killings
New revelations about Sgt. Robert Bales' past
Sgt. Bales' past put under microscope

Bales' friends and former colleagues have said they remember Bales as a man of honor.

"Bales is an extremely professional NCO," Capt. Chris Alexander, who served with Bales and has known him for years, told CBS News. "No job too menial or too dangerous, and he would always get it done, and get it done very well."

Bales joined the Army shortly after September 11, 2001. He was already 27 years old at the time.

Family friend Steve Berling says Bales "felt that he needed something bigger in his heart and his mind and in his soul, (and) that's why he went in the military."

"Something terribly terrible has happened to him," neighbor Stuart Ness said. "And I think anybody in the military who's been in combat certainly understands the kind of stress these guys have been going through."

Sgt. Bales, meanwhile, met for the first time with his attorney Monday at the Fort Leavenworth, Kan., military prison where he is being held in solitary confinement.

CBS News has learned that Sgt. Bales is to be charged in those killings this week.

CBS News correspondent Peter Van Sant reports that his lawyer's goal is to make sure that Robert Bales does not get the death penalty. Under the military system, conviction on these charges would bring the death penalty, and Defense Secretary Leon Panetta has said it is definitely on the table in this prosecution.