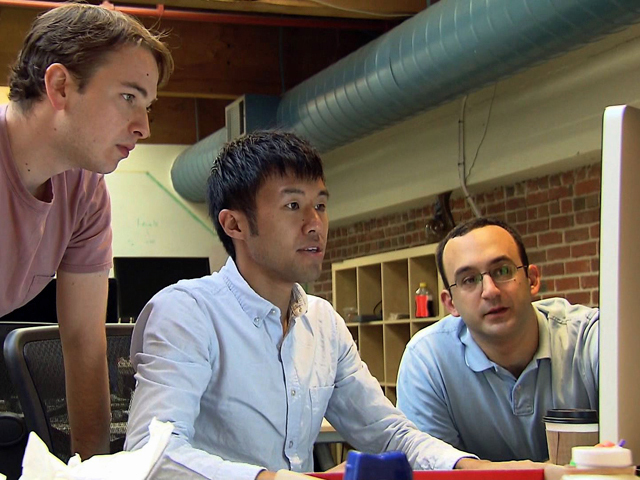 (CBS News) On Friday, President Obama had this to say about problems with the Obamcare website during a speech in New Orleans: "I promise you, nobody's been more frustrated. I wanted to go in and fix it myself, but I don't write code."

But plenty of programmers do write code. And three of them have created their own website that addresses some of the most annoying problems with HealthCare.gov.

In a San Francisco office shared with other tech start-ups, three 20-year-olds saw HealthCare.gov as a challenge.

With a few late nights, Ning Liang, George Kalogeropoulos and Michael Wasser built "thehealthsherpa.com," a two-week-old website that solves one of the biggest problems with the government's site.

"They got it completely backwards in terms of what people want up front," said Liang. He added: "They want prices and benefits, so that they could make the decision."

Liang showed CBS News how it worked. "You come to our website and you put in your zip code -- in this case a California zip code. You hit 'find plans,' and you immediately see the exchange plans that are available for that zip code."

They have plenty of experience working at places like Twitter and Microsoft before setting out to build their own Internet companies. But this project is a public service.

"There was no thought of, 'How do we make money this time?'" said Wasser. "It was like, 'This is a problem that we know we can solve in a really short period of time. So let's just do it.'"

Using information buried in the government's own website built by high-priced government contractors, they found a simpler way to present it to users.

"That's the great thing about having such a small team," said Kalogeropoulos. "You sit around a table and say, 'Okay, how does this work?' There's no coordination meetings, there's no planning sessions. It's like, 'Well, let's read the document and let's implement this.'"

And the features keep on coming. CBS News looked at the team's website Thursday and pointed out that the tax subsidy wasn't in there, which is supposed to be one of the most complicated parts of the HealthCare.gov site. But as Liang explained: "Yes, we added this last night...the subsidy calculation is fairly complicated, but it wasn't too bad."

You can't actually enroll on the HealthSherpa site, but they do provide contact information for companies offering the plans. Users who find a plan they like can go directly to the insurance companies without ever using HealthCare.gov.