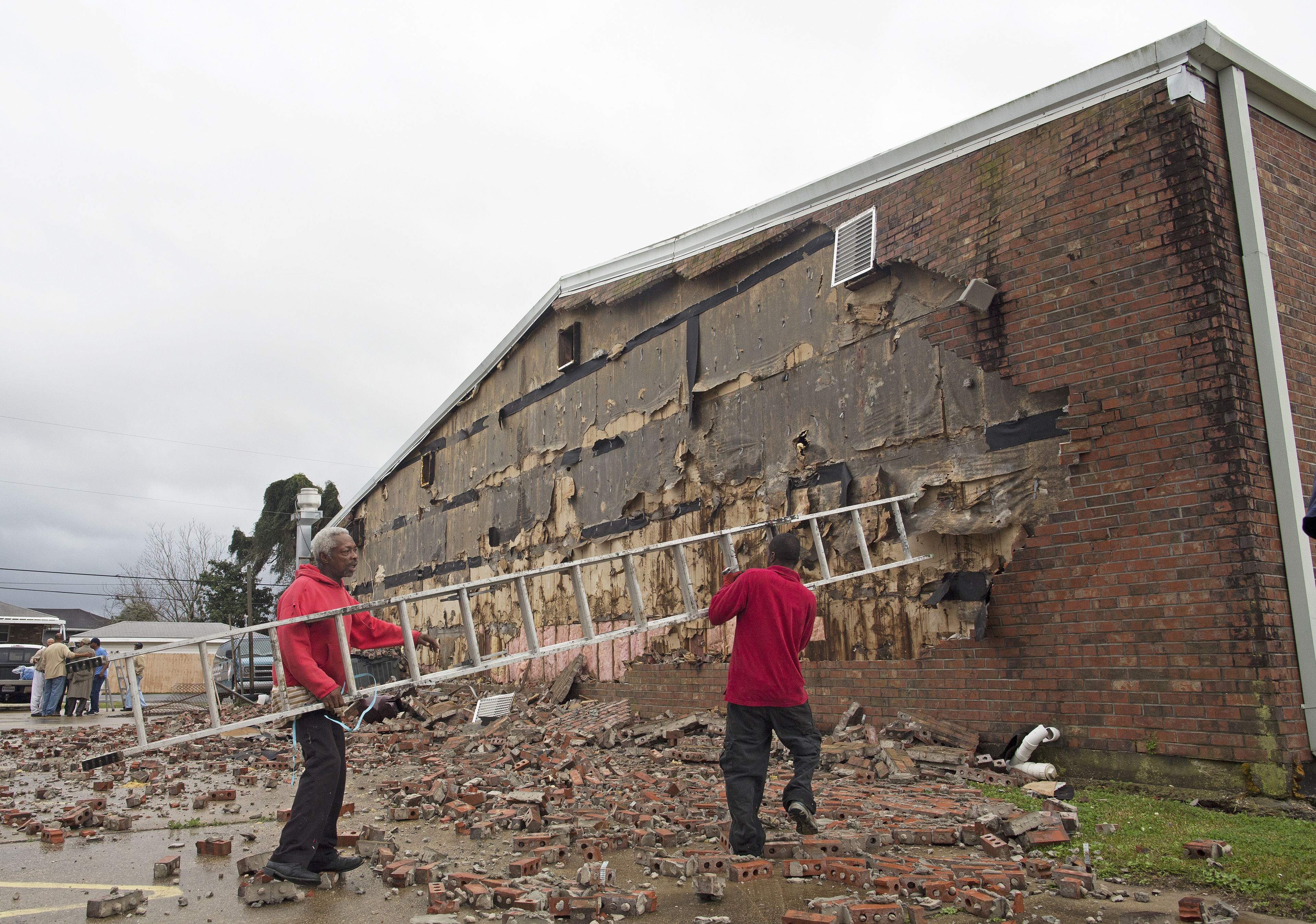 The Sugar Hill Trailer Park in Convent, Louisiana was demolished. Two people were killed and another seven are in critical condition.

"I heard a big rumbling sound, our whole house started shaking and I knew that it was a tornado," one witness said. "Look at how these trees were snapped off like twigs."

"It could not have hit a more vulnerable area," said Louisiana Gov. John Bel Edwards. "These are travel trailers, these are not even mobile homes that get strapped down."

Some of the most critically injured were thrown from their RVs and suffered major heads trauma.

In the Florida Panhandle, a tornado tore a two-mile-long path of damage, injuring at least six people.

Twenty-four homes were destroyed at an apartment complex in Pensacola. Rescue teams searched for anyone possibly trapped under the debris.

"We were OK, that's all that mattered but it just sounded like a big train running through," said Kelley Williams, a resident.

Twenty miles east of Baton Rouge, Louisiana, a tornado was reported in Prairieville. It ripped down a wall of a Gold's Gym. Dozens of people were inside at the time but no one was hurt.

The storms stretched to Mississippi where a 73-year-old man was killed after his mobile home was tossed nearly 500 feet.

More than 80 million Americans are facing severe weather Wednesday as the powerful system makes its way from the Gulf to the mid-Atlantic.

Inside the "dance steps" of shutdown negotiations