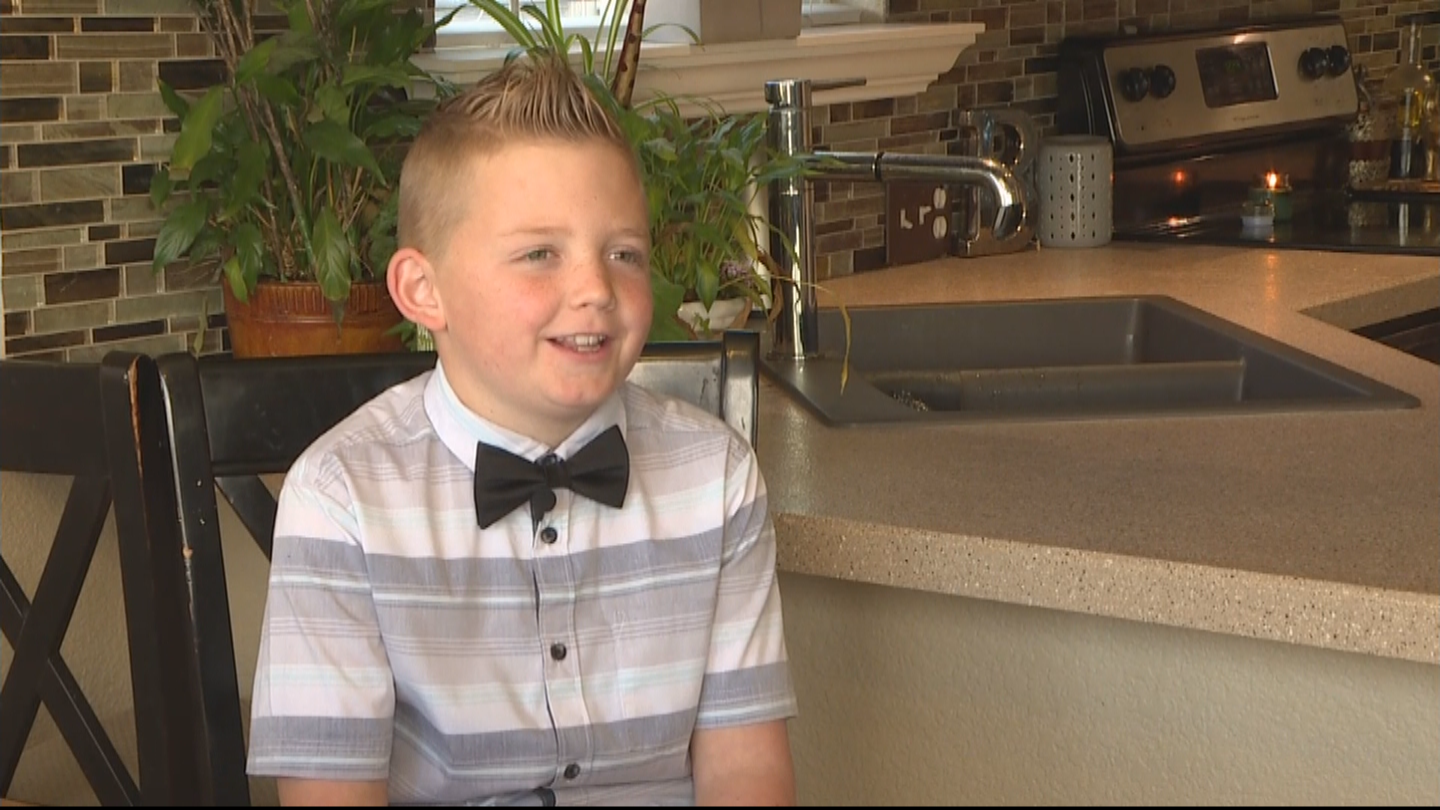 SEVERANCE, Colo. — A 9-year-old boy has convinced the leaders of a small northern Colorado town to overturn a nearly century-old ban on snowball fights, and he already knows who his first target will be — his little brother.

Dane Best, who lives in the often snow-swept town of Severance, presented his arguments at a town board meeting Monday night, and members voted unanimously to lift the ban.

"The children of Severance want the opportunity to have a snowball fight like the rest of the world," Best said during his presentation, according to local newspaper The Greeley Tribune. "The law was created many years ago. Today's kids need a reason to play outside."

Best's presentation lasted three minutes. The paper said the presentation included an audience of children and their parents, who cheered upon the ban's reversal.

Dane's mother, Brooke Best, told the The Greeley Tribune her son had been talking about snowballs since he found out about a month and a half ago that it was illegal to throw them within town limits. The last time it snowed, Dane said he and his friends looked around for police and joked about breaking the law.

Kyle Rietkerk, assistant to the Severance town administrator, said the rule was part of a larger ordinance that made it illegal to throw or shoot stones or missiles at people, animals, buildings, trees, any other public or private property or vehicles. Snowballs fell under the town's definition of "missiles."

"All of the kids always get blown away that it's illegal to have snowball fights in Severance," Rietkerk said before the meeting. "So, what ends up happening is (town leaders) always encourage the kids with, 'You have the power you can change the law.' No one has."

Then Dane took up the cause, writing letters with his classmates in support of overturning the ban.

And after Monday night's success, his 4-year-old brother Dax had better watch out. When board members asked Dane during a meeting in November who he wants to hit, he pointed directly at his little brother.

"We are proud of him for taking initiative to make some change, no matter how small it may be," Derrick Best, Dane's father, told CBS Denver.

Dane and his family have researched other Severance ordinances, including one that defines pets only as cats and dogs.

Dane has a guinea pig, which is illegal in Severance, too.