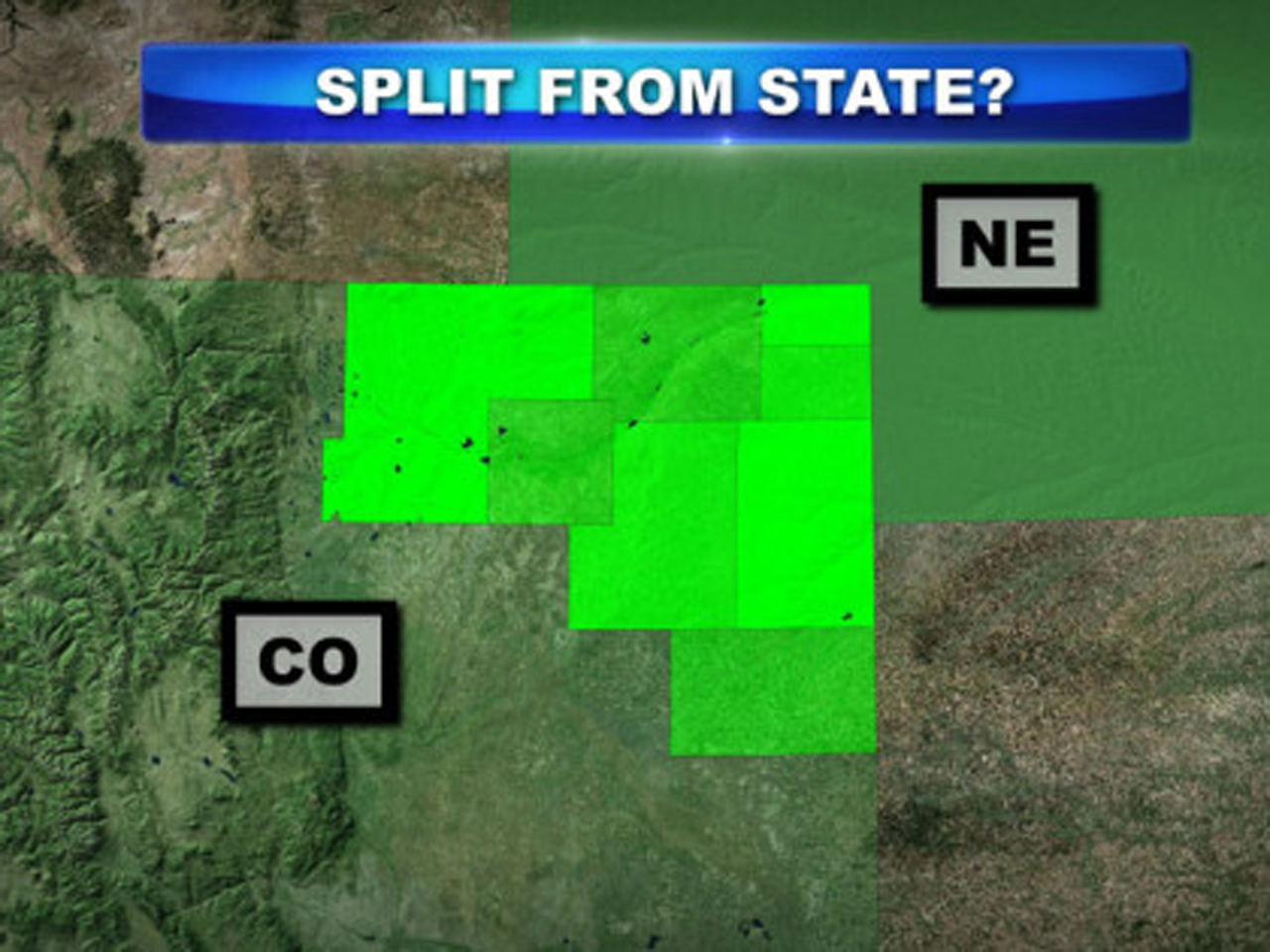 Several Colorado counties that strongly oppose increased regulation of the oil and gas industry say they want to form their own state.

They are planning on calling it North Colorado or Northern Colorado, reports CBS affiliate KCNC in Denver.

The counties are frustrated with the new agricultural and energy bills that have recently been signed into law.

"We really feel in northern and northeastern Colorado that we are ignored -- citizens' concerns are ignored, and we truly feel disenfranchised," Weld County Commissioner Sean Conway said.

Conway said the new laws don't support the interests of the northern part of the state, which is rich in agricultural history. Conway said that's why he and others are proposing to break away from Colorado to form a new state.

"This is not a stunt. This is a very serious deliberative discussion that's going on," he said. "There's a real feeling that a lot of folks who come from the urban areas don't appreciate the contribution that many Coloradans contribute."

Parts of Nebraska are also apparently interested in joining in on what would be a new state.

Conway says five of the current 50 states were created through a similar process. He says the proposal is "likely" to end up on a Colorado ballot this fall.

"The whole purpose of doing this is to preserve an agricultural way of life and to protect the energy sector, that we feel is very much under assault," Conway said.

Rep. Cory Gardner, the Republican Congressman from Yuma, told The Coloradoan in Fort Collins he's not sure how he'd vote on such a measure, but he says he understands why the measure is being floated at this time. He says Democratic leaders controlling the state Legislature and the governor's office have not been listening to their constituents in rural parts of the state.

The Coloradoan reported that the following Colorado counties in addition to Weld County would be involved in the discussion: Morgan, Logan, Sedgwick, Phillips, Washington, Yuma and Kit Carson.

If voters in those counties decide they want to move forward, then the county commissioners would ask state lawmakers to approve the plan, and then petition Congress for statehood.

Their chances of success are slim. Hawaii was the last new American state, when it was formed on August 21, 1959. Several petitions to turn Puerto Rico, Washington D.C., and other non-state U.S. entities into official states have not even come close to success.

Several states, including most famously Texas, have made a show of wanting to secede from the United States, but rare have been the calls for splitting a state in two. California is perhaps the most prominent example of vocal citizens attempting to split their states up. After President Obama was reelected in 2012, citizens of 20 states submitted online petitions calling for leaving the union.