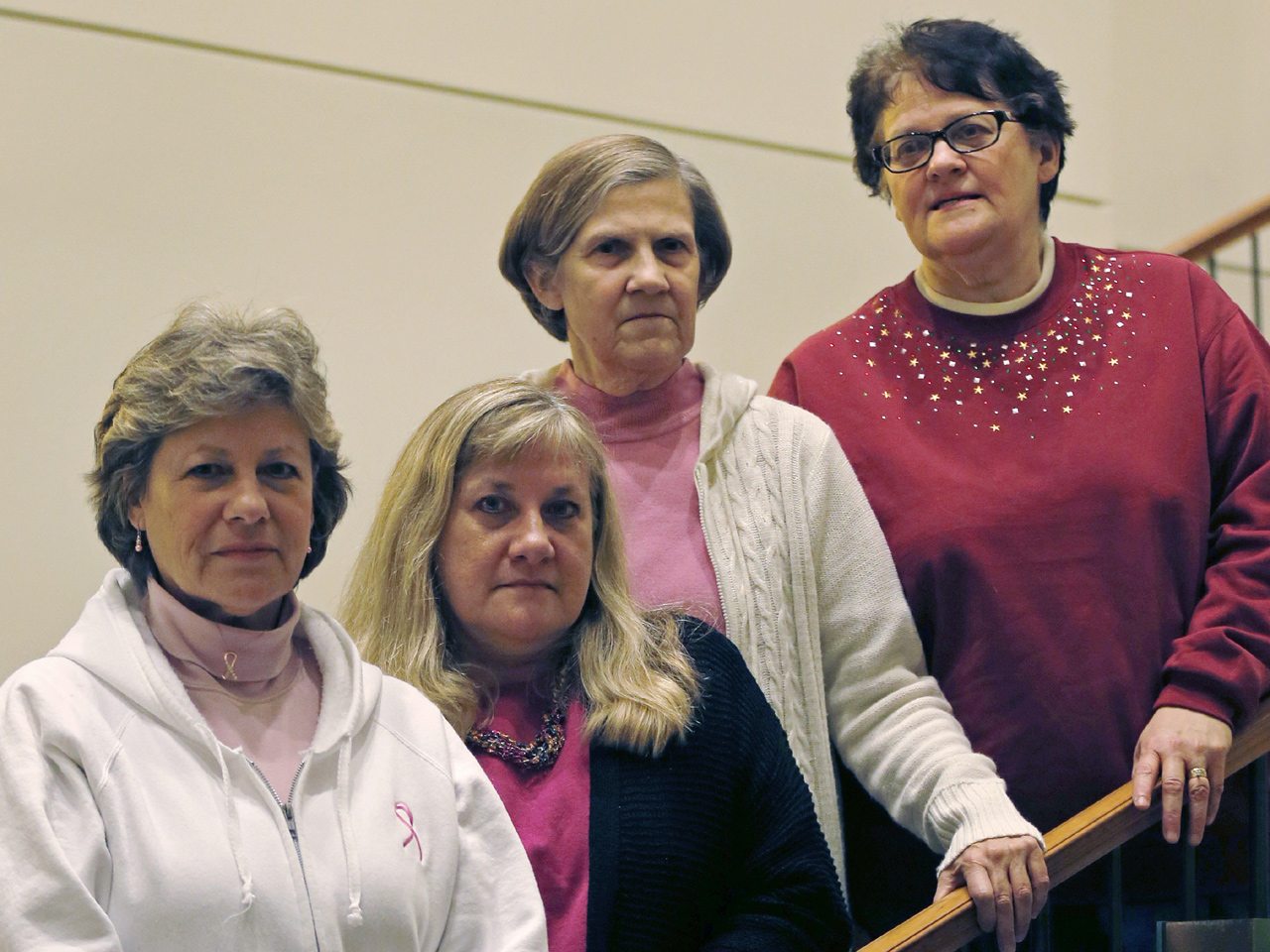 BOSTON A settlement has been reached between drug company Eli Lilly and Co. and four women who claim their breast cancer was caused by synthetic estrogen made by the company.

Attorney Julie Oliver-Zhang, who represented the four sisters, confirmed that the two parties had reached an agreement on an undisclosed amount on Wednesday, the second day of the trial in U.S. District Court in Boston. The sisters claim that their mother took a manufactured estrogen called diethylstilbestrol (DES) while she was pregnant with them in the 1950s, leading to their cancers. They had not specified damages sought in the lawsuit.

Indianapolis-based Eli Lilly did not immediately respond to a message seeking comment.

The sisters' case was the first to go to trial out of scores of similar claims filed in Boston and around the country. A total of 51 women, including the Melnicks, have lawsuits pending in U.S. District Court in Boston against more than a dozen companies that made or marketed the drug.

DES was prescribed to millions of pregnant women over three decades to prevent miscarriages, premature births and other problems. It was taken off the market in the early 1970s after it was linked to a rare vaginal cancer in women whose mothers used DES. The Centers for Disease Control and Prevention estimates between 5 and 10 million pregnant women and children were exposed to the DES.

Studies later showed the drug did not prevent miscarriages.

In his opening trial statement Tuesday, Aaron Levine, another lawyer for the sisters, said Eli Lilly failed to test the drug's effect on fetuses before promoting it as a way to prevent miscarriages.

James Dillon, a lawyer for Eli Lilly, told the jury there is no evidence the drug causes breast cancer in the daughters of women who took it. He also said no medical records show the mother of the four women in the Boston case took DES, or that if she did take it, that it was made by Eli Lilly.

However, lawyers for the Melnick sisters cite a study published in 2011 that suggests the risk of breast cancer is nearly double in DES daughters over 40. The study, led by a researcher at the National Cancer Institute, found that the chances that a DES daughter will develop breast cancer by age 55 are about 1 in 25. For the average woman, it is about 1 in 50.

DES was not patented and was made by many companies.

The Melnick sisters, who grew up in Tresckow, Pa., say they all developed breast cancer in their 40s after their mother took DES while pregnant.

Levine told the jury that their mother did not take DES while pregnant with a fifth sister, and that sister has not developed breast cancer.

The four Melnick sisters also had miscarriages, fertility problems or other reproductive tract problems long suspected of being caused by prenatal exposure to DES. They were diagnosed with breast cancer between 1997 and 2003 and had treatments ranging from lump-removal surgery to a full mastectomy, radiation and chemotherapy.

Dillon said that the doctor who treated the Melnick sisters' mother is now dead, and that there are no records of him prescribing DES. Dillon said Eli Lilly at the time recommended DES for women who had had three or more consecutive miscarriages.

The sisters' mother, he said, did not have consecutive miscarriages, so prescribing it to her would have gone against the company's recommendations. Dillon said leading researchers at the time recommended that DES be used for pregnant women.

Dillon told the jury that while it is "terribly unfair" that the four sisters got breast cancer, it is a common disease, and doctors still don't understand what causes it.

The sister's case was the first of its kind to reach trial, but there are many more pending across the country. In Boston alone, a group of 51 one women calling themselves "DES Daughters" have lawsuits pending against companies that made and marketed the drug.

Thousands of lawsuits have been filed alleging links between DES and vaginal and cervical cancer, as well as fertility problems. Many of those cases were settled.