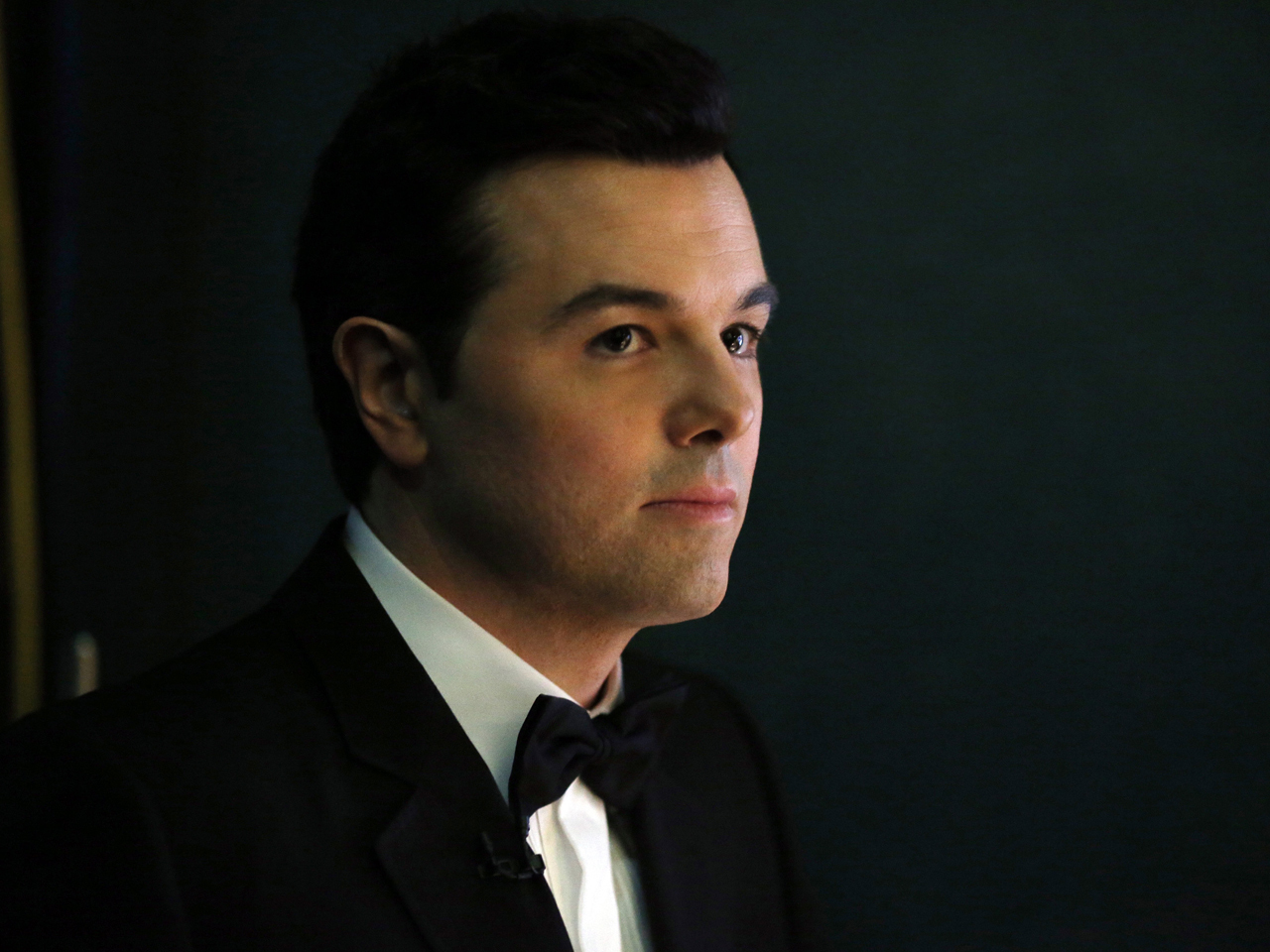 The Oscars may have drawn in big ratings on Sunday, but not everyone is thrilled with Seth MacFarlane's performance.

Two female California state lawmakers have condemned the Oscar host's comments during Sunday's awards presentation as degrading toward women and asked the Academy of Motion Picture Arts and Sciences to use better judgment in the future.

They objected to the comedian's focus on the physical appearance of several actresses and quips about nude scenes.

"Furthermore, there was a disturbing theme about violence against women being acceptable and funny," the lawmakers wrote. "From topical jabs about domestic violence to singing about 'boobs' during a film's rape scene, Seth MacFarlane crossed the line from humor to misogyny."

MacFarlane's performance has drawn multiple critics since Sunday's show. Blogs compiled highlights of his punch lines, which included a song that referenced leading ladies who have bared their breasts on film that were accompanied by reaction shots from those actresses.

He also made light of a domestic violence incident between rapper Chris Brown and singer Rihanna, and joked about the heavy accents of several Latina actresses.

"On Oscar night, when Hollywood seeks to honor its best, Seth MacFarlane's monologue reduced our finest female actresses to caricatures and stereotypes, degrading women as a whole and the filmmaking industry itself," the letter stated.

In their letter, the lawmakers noted the Violence Against Women Act currently under debate in Congress and a resolution that the Legislature passed supporting the act's reauthorization. Better judgment is needed in the academy's future decisions regarding its awards show hosts and their material, they said.

"This should be a celebration of artists in the filmmaking industry, not an offensive display of disrespect toward women that sets the fight for gender equality, dignity, and respect back decades," they wrote.

A repeat hosting performance by MacFarlane doesn't look likely. Asked Tuesday on Twitter if he would host the Oscars again, he replied, "No way. Lotta fun to have done it, though." He has suggested the Academy should took to 2013 Golden Globes co-hosts Tina Fey and Amy Poehler, but Fey said this week that she doesn't plant to host the Oscars -- ever.