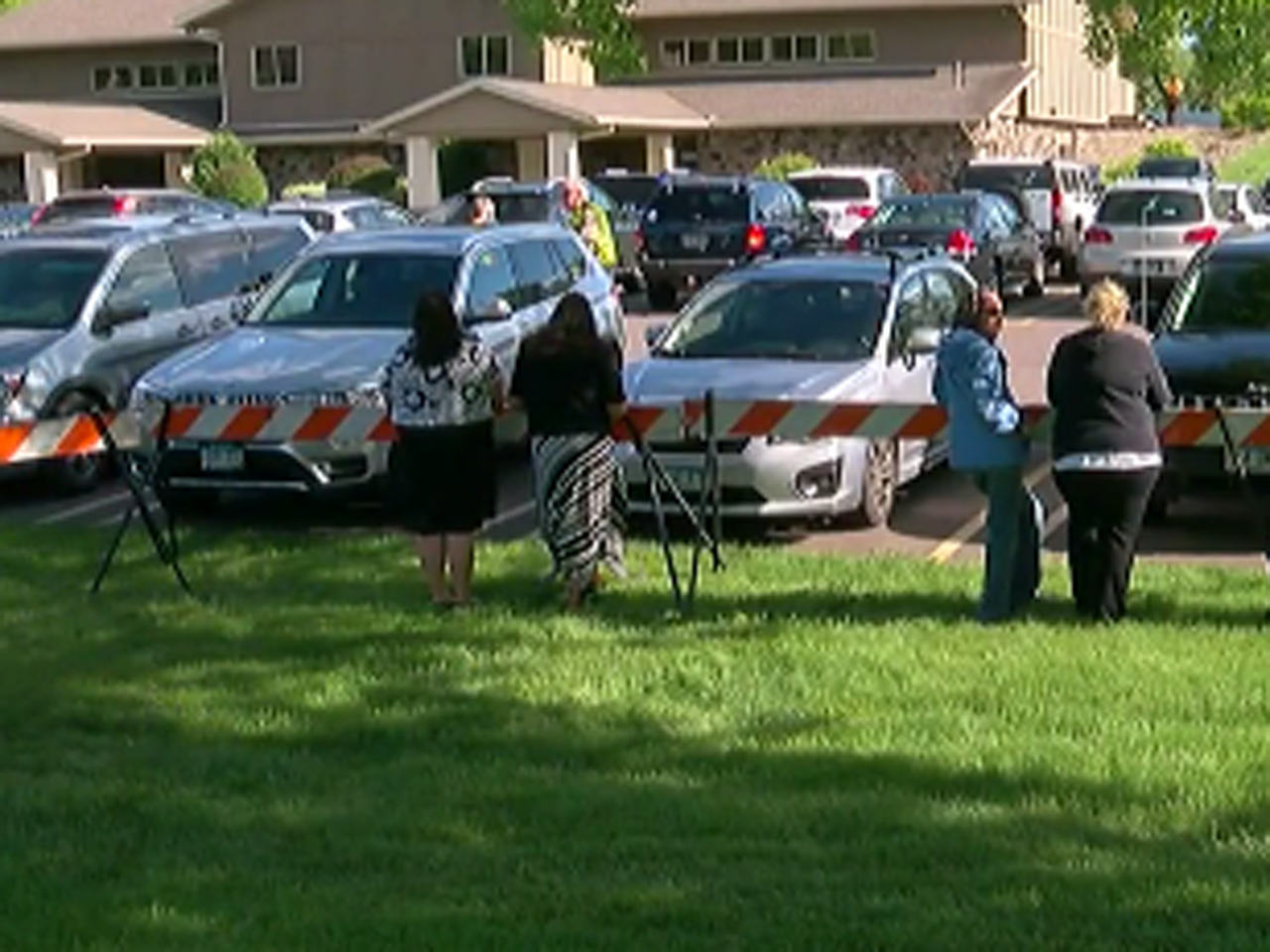 MINNETONKA, Minn. -- Security was tight as mourners packed a Jehovah's Witnesses Kingdom Hall on Sunday evening for a memorial for megastar Prince, who worshipped there before he died last month.

Traffic cones lined the streets in front of the church in the Minneapolis suburb of Minnetonka, and media and fans were kept well back from the invitation-only event.

Some people who weren't able to get inside before the church filled up were able to obtain programs, which they shared with reporters outside.

Fans congregated outside as some of Prince's famous friends, such as comedian Sinbad, made their way in, says CBS Minnesota.

The program said the service was to begin with the song "He Will Call," followed by an opening prayer. It also included an "interview" with Larry Graham, the former Sly and the Family Stone bassist who was Prince's spiritual mentor and introduced him to the Jehovah's Witnesses faith. The program was to conclude with the song "See Yourself When All Is New" and a closing prayer.

On the back was a quote from the Prince song, "Beautiful, Loved and Blessed," from his 2006 album "3121." It read, "If I were to ever write down my life story, I could truly say with all the fame and glory, I was just a piece of clay in need of the potter's hand."

In an interview with The Associated Press two weeks ago, Graham said it was important to Prince to give his fans joy with his music. But the most important thing to Prince was being able to share scripture, he said.

"His joy - his biggest joy - was sharing the hope of everlasting life," Graham said.

"It's a different side than what the world sees because it was personal with us," church member Lisa Dixon told CBS Minnesota. "If he meets you he's going to talk to you about Jehovah. He was shy but that there, brought him out."

Prince was known at the Kingdom Hall as "Brother Nelson." He was found dead at age 57 in his Paisley Park recording complex in Chanhassen on April 21. Authorities are still investigating.