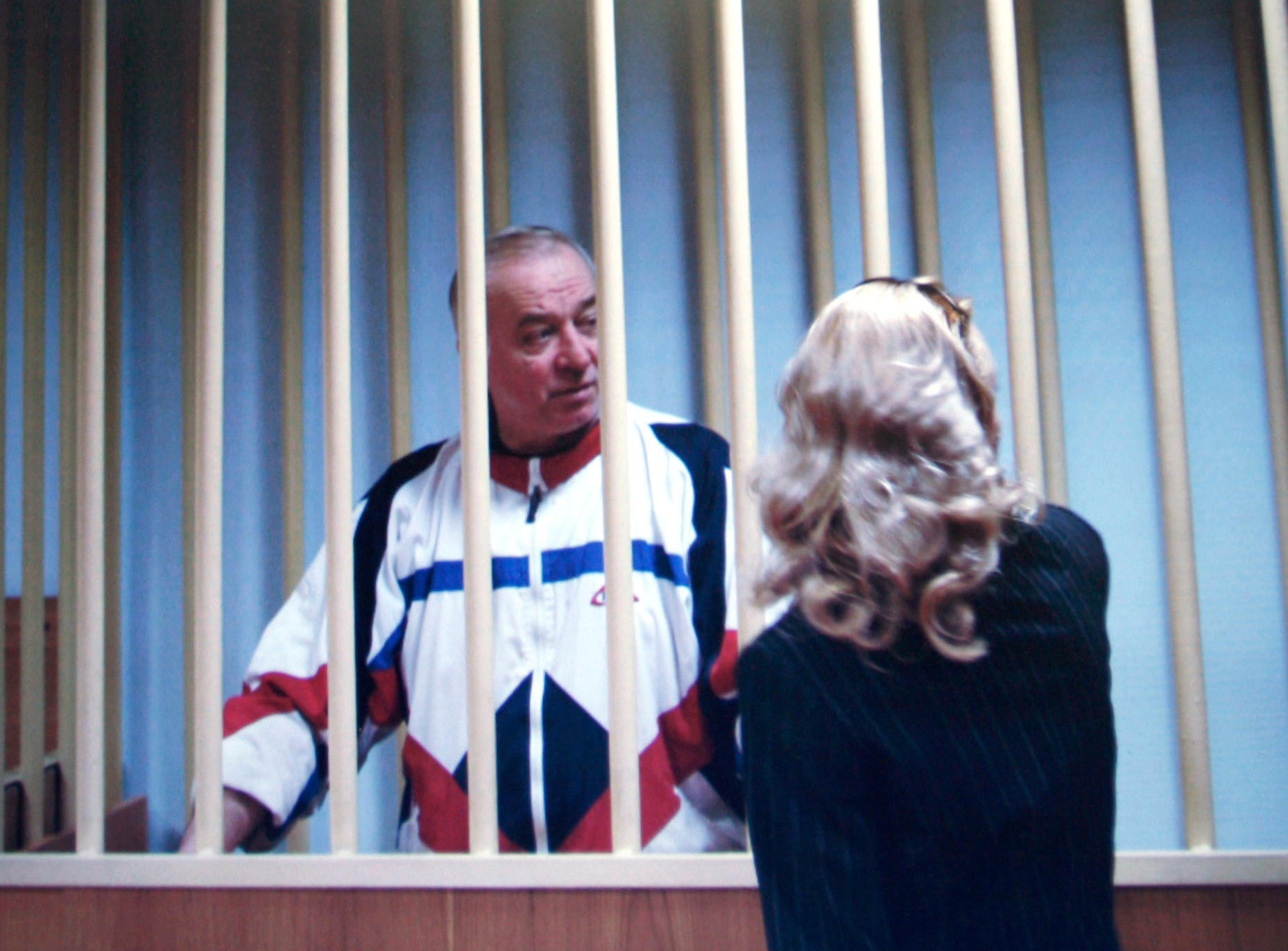 A 66-year-old Russian man who had been convicted of spying for the U.K. fell ill over the weekend after being exposed to an unknown substance in England, BBC News reported Monday. Sergei Skripal and a woman believed to be in her 30s are said to be critically ill at a hospital, according to the broadcaster.

Skripal was convicted of treason in Russia in 2006 and sentenced to a 13-year prison sentence. He was freed in 2010 as part of a U.S.-Russian spy swap and later came to the U.K.

On Sunday, he and the woman were found unconscious on a bench at a shopping center in Salisbury, a city about 90 miles west of London, BBC News reports. Police were investigating the incident.

The discovery of the unconscious pair led to a dramatic decontamination effort. Crews in billowing yellow moon suits worked into the night spraying down the street, and the Salisbury hospital's emergency room was closed.

Wiltshire Police, which is responsible for the Salisbury area, only identified the man and woman by their approximate ages and said they appeared to know one another and "did not have any visible injuries."

"They are currently being treated for suspected exposure to an unknown substance. Both are currently in a critical condition in intensive care," police said in a statement.

Eyewitness Freya Church told the BBC it looked like the two people had taken "something quite strong."

"On the bench there was a couple, an older guy and a younger girl. She was sort of leaned in on him. It looked like she had passed out, maybe," Church said.

"He was doing some strange hand movements, looking up to the sky," she said.

Public Health England said in a statement that it had only limited information about the patients, but there "doesn't appear to be any further immediate risk to public health."

"PHE understands that those exposed to the substances have been decontaminated," the health agency said.

Public records list Skripal as having an address in Salisbury.

Skripal served with Russia's military intelligence, often known by its Russian-language acronym GRU, and retired in 1999. He then worked at the Foreign Ministry until 2003 and later became involved in business.

After his 2004 arrest in Moscow, he confessed to having been recruited by British intelligence in 1995 and said he provided information about GRU agents in Europe, receiving over $100,000 in return.

At the time of Skripal's trial, the Russian media quoted the FSB domestic security agency as saying that the damage from his activities could be compared to harm inflicted by Oleg Penkovsky, a GRU colonel who spied for the United States and Britain. Penkovsky was executed in 1963.

Skripal was pardoned and released from custody in July 2010 as part of a U.S.-Russian-spy swap, which followed the exposure of a ring of Russian sleeper agents in the United States.

The circumstances surrounding Sunday's incident were still murky and police urged the public not to speculate. But few could avoid invoking the name of Litvinenko - the former Russian agent who died after drinking polonium-210-laced tea in a swanky London hotel in 2006.

His bizarre illness was initially treated as unexplained before evidence eventually emerged indicating he had been deliberately poisoned.

In a report published in 2016, a British judge wrote Litvinenko was killed in an assassination carried out by Russia's security services - with the likely approval of President Vladimir Putin. Russia has denied any responsibility for Litvinenko's death.

Keir Giles, the director of the Conflict Studies Research Center in Cambridge, England, said he "would be surprised if this were not linked back to Russia in some direct way."

He said he could not rule out an overdose or some other kind of accidental poisoning - but found it hard to picture such a scenario "that would lead to a full-scale decontamination of the street and the hospital."

"It's not just Litvinenko," he said. "It's hard not to see a pattern of the attacks becoming more and more brazen."

Igor Sutyagin, who was part of the same spy swap as Skripal and now is a senior research fellow at the Royal United Services Institute in London, said there was not enough evidence to point fingers in any direction.

"There are lots of former security officers that deserted to the West," he said, urging caution until more is known. "It is necessary to balance this information."