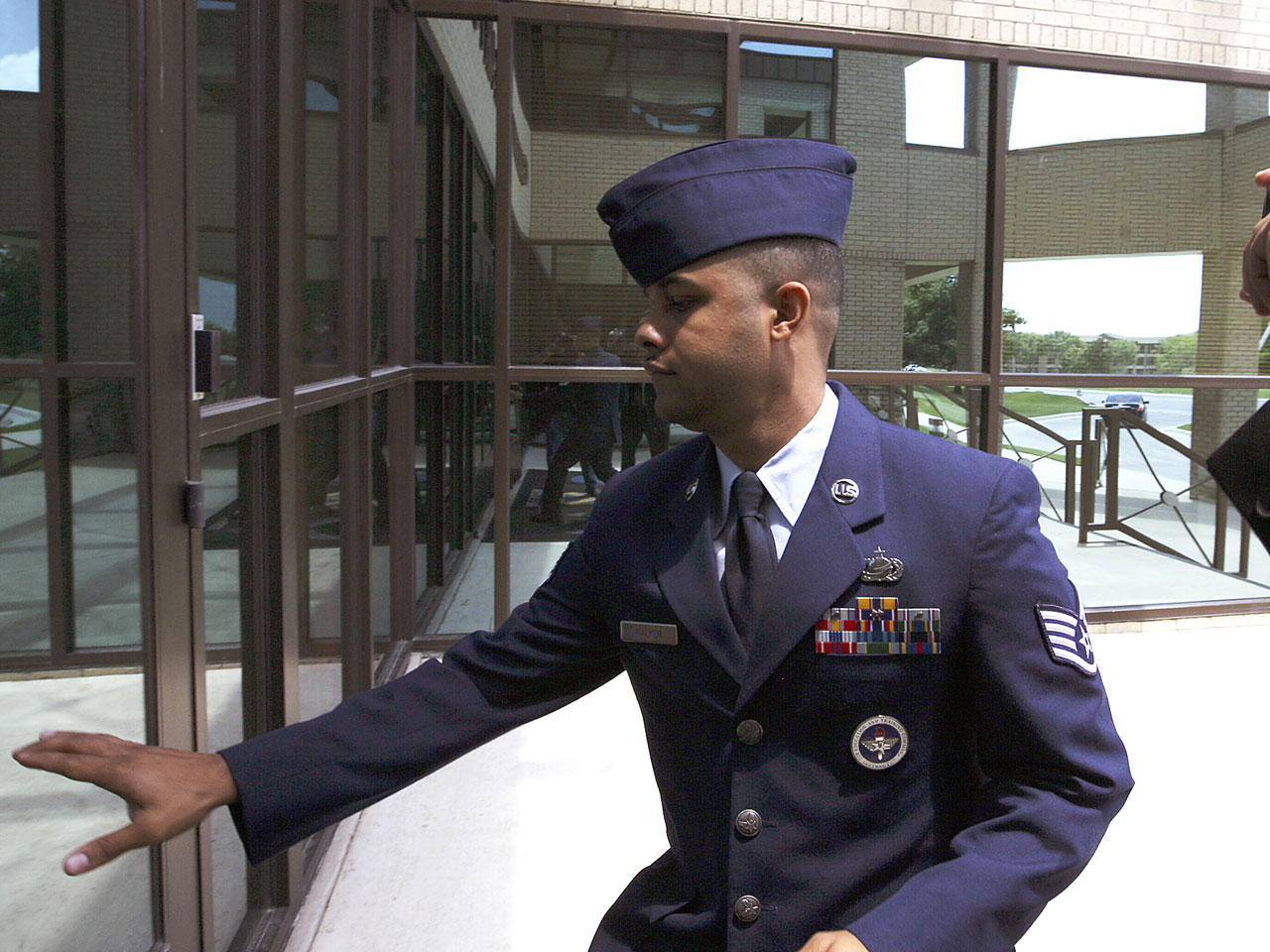 (AP) SAN ANTONIO - A sergeant charged with sexually assaulting female recruits at the Texas Air Force base where U.S. airmen go through basic training is a "consummate predator," a military prosecutor told jurors Tuesday at the outset of the officer's court-martial.

Staff Sgt. Luis Walker, who faces the most serious charges in a burgeoning sex scandal involving Lackland Air Force Base instructors, raped one female recruit and sexually assaulted or inappropriately had sex with nine others whom he was training, the prosecutor, Major Patricia Gruen, said in her opening statement Tuesday.

"He is a wolf in sheep's clothing," Gruen told the seven-person jury comprised of military personnel.

Major Naomi Dennis, one of Walker's attorneys, told jurors there is no evidence to substantiate the charges against Walker — 28 counts, including rape, aggravated sexual contact and multiple counts of aggravated sexual assault. He could get up to life in prison and a dishonorable discharge if convicted of the most serious charges.

"Ten victims, 28 charges. Those are just numbers. Numbers aren't proof," Dennis said. "This case requires you to dig deeper to find the truth. Once you start digging, you will find some pretty incredible scenarios."

Base officials have described Walker's case as the "cornerstone" of an ongoing investigation into sexual misconduct in which 12 instructors, including Walker, have been charged or are being investigated. The charges range in severity from rape to adultery.

One instructor, Staff Sgt. Peter Vega-Maldonado, agreed to a plea agreement in June, admitting he had sex with a female recruit in exchange for a sentence of 90 days of confinement. He later acknowledged he had been involved with nine other trainees, which prosecutors didn't previously know about.

Gruen said that as a military instructor, Walker was responsible for helping mold recruits into airmen. Instead, he abused his authority by gaining the trust of female recruits so that he could get them alone in his office or the dormitories, engage them in sexual conversations and touch them inappropriately, she said. He raped one recruit in a supply closet, Gruen told the jury.

"He used (his power) so he could gain sexual favors," Gruen said. "He used it as a way to get his way with trainees."

All 10 women were expected to testify at Walker's trial.

Dennis suggested to jurors that the women may have made up the charges against Walker. She said none of the alleged victims themselves reported the alleged abuse to Air Force investigators. One of the women initially said nothing had happened between her and Walker.

The first witness, Mark Ryan, a special agent with the Air Force Office of Special Investigations, told jurors that the initial alleged victim — who claimed she was sexually assaulted — was identified after another female trainee who had been told about the alleged incident reported it to officials.

Investigators have identified at least 31 female trainees who they believe were victims in the sex scandal. A two-star general, Maj. Gen. Margaret H. Woodward, has launched a separate, independent probe, and nearly 80 members of Congress have called for a hearing of the scandal.

The alleged sexual misconduct at the base apparently began in 2009, but the first alleged victim — one of the 10 women who have accused Walker — didn't come forward until last year.

According to Air Force prosecutors, Walker had sexual intercourse with 4 of the 10 female recruits. He also is accused of forcing five recruits to engage in sexual acts by threatening their military careers and intimidating two of the women into lying about his alleged misconduct, according to the charge sheet.

Walker was a trainer for about 18 months, until he was removed from his position in June 2011. He joined the Air Force in 2004 and previously was stationed at Dover Air Force Base in Delaware and at facilities in Montana and Korea. The Air Force is withholding his age and hometown.

Lackland is where every American airman reports for basic training — about 35,000 a year. About one in five is female, pushed through eight weeks of basic training by a group of instructors, 90 percent of whom are men.

Six of the 12 instructors under investigation for misconduct face charges ranging from rape to adultery. Officials say nine of those instructors were in the same squadron.