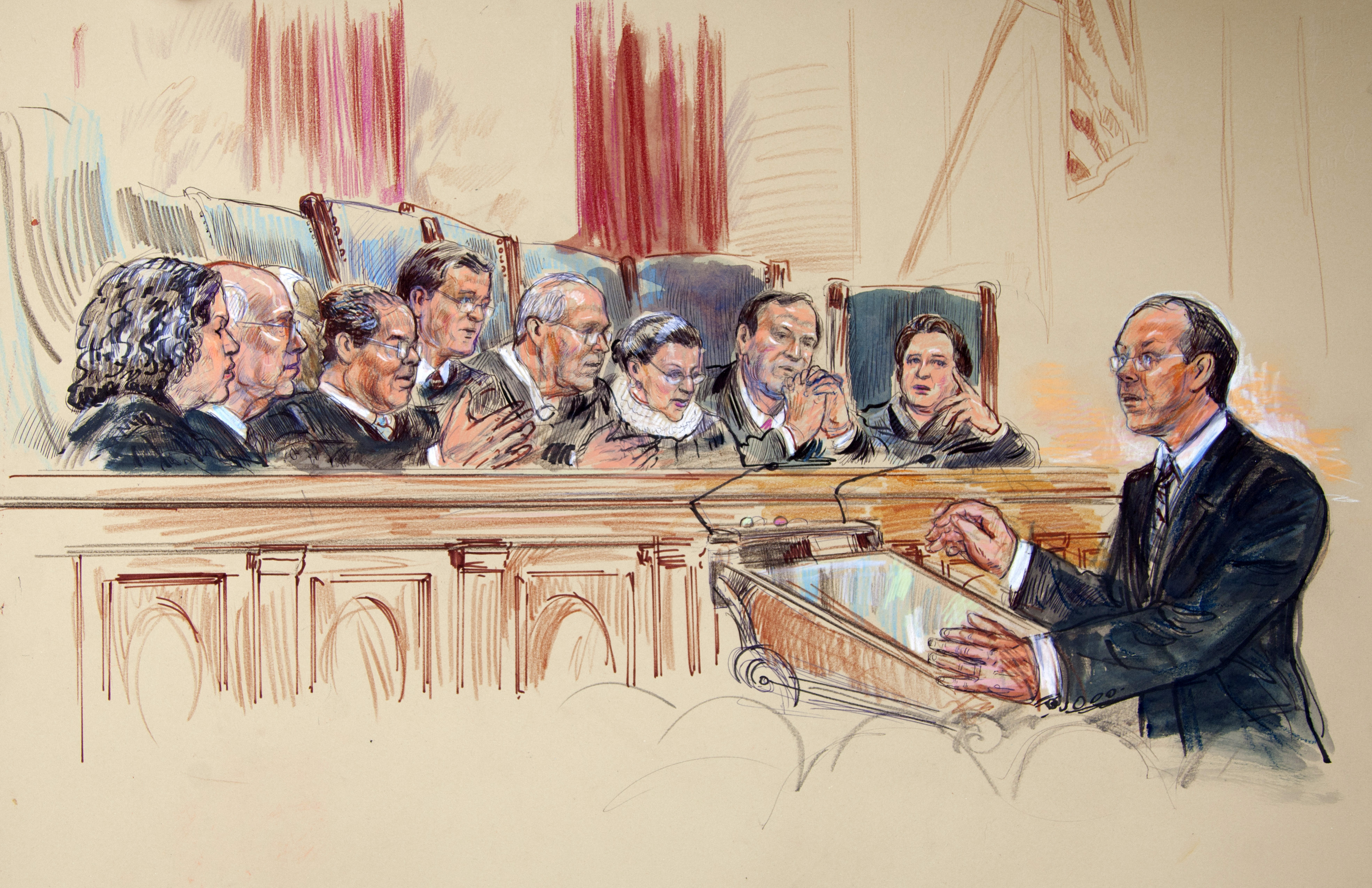 (CBS News) A pair of top senators asked the Supreme Court to break precedent and allow television cameras to broadcast the announcement of the upcoming decision surrounding the constitutionality of President Obama's signature health care law.

The nation's highest court is expected to make its decision public later this month in a written opinion.

"We believe that the issues in the case are as important and consequential as any in recent Court history," Sen. Pat Leahy and Sen. Charles Grassley, respectively the Democratic chairman and top Republican on the Senate Judiciary Committee, wrote in a June 18 letter to John Roberts, chief justice of the United States.

"Given the fundamental constitutional questions raised and the effects the decision will have, the Court should be aware of the great interest Americans have in the outcome of this case," the Vermont Democrat and Iowa Republican wrote.

The two senators argued that modern technology makes it logistically feasible to place cameras in the courtroom without disrupting the proceedings.

"A minimal number of cameras in the courtroom, which could be placed to be barely noticeable to all participants, would provide live coverage of what may be one of the most historic rulings of our time," they wrote.

"Broadcasting the Court's ruling would permit millions of citizens the opportunity to view what so few can from the court's small and limited public gallery," they said.

Without directly mentioning it, the senators appealed to the self-interest of the justices who want the court to be held in high regard.

"We believe permitting the nation to watch the proceedings would bolster public confidence in our judicial system and in the decisions of the Court," they wrote.

A CBS News/New York Times poll released earlier this month found that most Americans think the Supreme Court's health care decision will be based on justices' personal and political views.

According to the poll, 55 percent of Americans believe political positions will play a role in the health care decision, compared to 32 percent who believe justices will decide the case based on legal analysis.

Still, the proposal is likely to fall on deaf ears. Nearly 50 news organizations have also asked for permission to bring cameras in the courtroom to broadcast the proceedings live.

The Supreme Court has never allowed cameras into the courtroom for any proceedings and has only sometimes allowed audio recordings to be released the same day.

Typically, audio recordings are released at the end of the week.