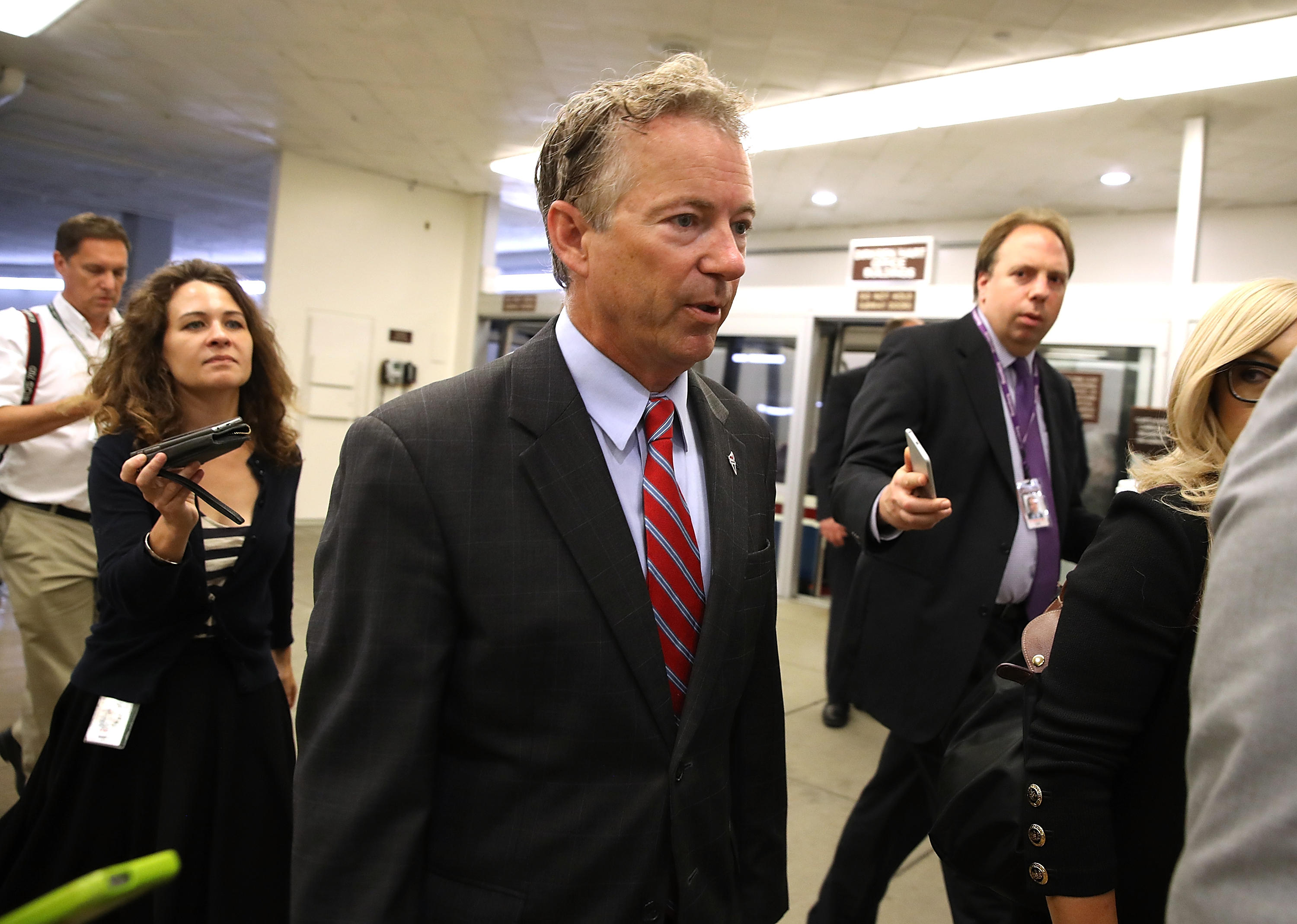 The Senate on Wednesday rejected a bipartisan push for a new war authorization against the Islamic State and other terrorist groups, electing to let the White House rely on a 16-year-old law passed after the Sept. 11 attacks as the legal basis to send U.S. troops into combat.

Senators voted 61-36 scuttle an amendment to the annual defense policy bill by Sen. Rand Paul, R-Ky., that would have allowed war authorizations, created in the wake of al-Qaida's 9/11 strikes, to lapse after six months. Paul, a leader of the GOP's noninterventionist wing, said Congress would use the time to debate an updated war authority for operations in Iraq, Syria, Yemen and elsewhere before the old ones expired.

Paul criticized his colleagues ahead of the vote, urging them to embrace their war-making responsibility instead of surrendering their power to the White House. He and senators who backed his amendment said former President Barack Obama and President Donald Trump have used the war authorizations from 2001 and 2002 for military operations in countries that Congress never voted to support.

"We are supposed to be a voice that debates and says, 'Should we go to war?' It's part of doing our job," Paul said. "It's about grabbing power back and saying this is a Senate prerogative."

Opponents of Paul's amendment agreed on the need for a new authorization but warned that that his plan would backfire.

Voting to rescind existing war authorities without a replacement risks leaving U.S. troops and commanders without the necessary legal authority they need to carry out military operations. Opponents said they worried Congress would not approve a new law in the six-month window.

"You can't replace something with nothing. And we have nothing," said Sen. Jack Reed of Rhode Island, the top Democrat on the Armed Services Committee.

Sen. Bob Corker, chairman of the Senate Relations Committee, said he agreed that the White House has proper authority, but said his committee intends to take up legislation for a new war authority soon. He opposed Paul's amendment.

"I agree that we need to take action," said Corker, R-Tenn.

To fight IS, the Trump administration, as did the Obama administration, relies on an authorization for the use of military force that was approved by Congress in 2001, shortly after the Sept. 11 attacks.

But the White House's use of an authorization from a decade and half ago is a legal stretch at best, according to critics who long have argued that Congress needs to pass a new one to account for how the dynamics of the battlefield have changed. For example, American troops are today battling an enemy - IS militants - that didn't exist 16 years ago, and are fighting in Syria, a country where the U.S. forces didn't expect to be.

In April, Trump ordered the firing of dozens of Tomahawk missiles at an air base in central Syria, marking the first time the U.S. has directly struck President Bashar Assad's forces during the country's six-year civil war. U.S. troops are supporting a Saudi-led coalition that has been carrying out airstrikes in Yemen since March 2015.

A separate authorization for the war in Iraq approved in 2002 also remains in force.

The War Powers Resolution, enacted in 1973, requires the president to tell Congress he is sending U.S. troops into combat and prohibits those forces from remaining for more than 90 days unless Congress has approved an authorization for military force.

Secretary of State Rex Tillerson and Defense Secretary Jim Mattis told lawmakers last month that the 2001 authorization provides sufficient authority to wage war against the Islamic State in Iraq and Syria. But Tillerson and Mattis also said they were open to an updated authorization provided the measure did not impose tactically unwise restrictions or infringe on the president's constitutional powers as commander in chief.

But Short said the administration was not looking for changes and stood by the 2001 authorization.