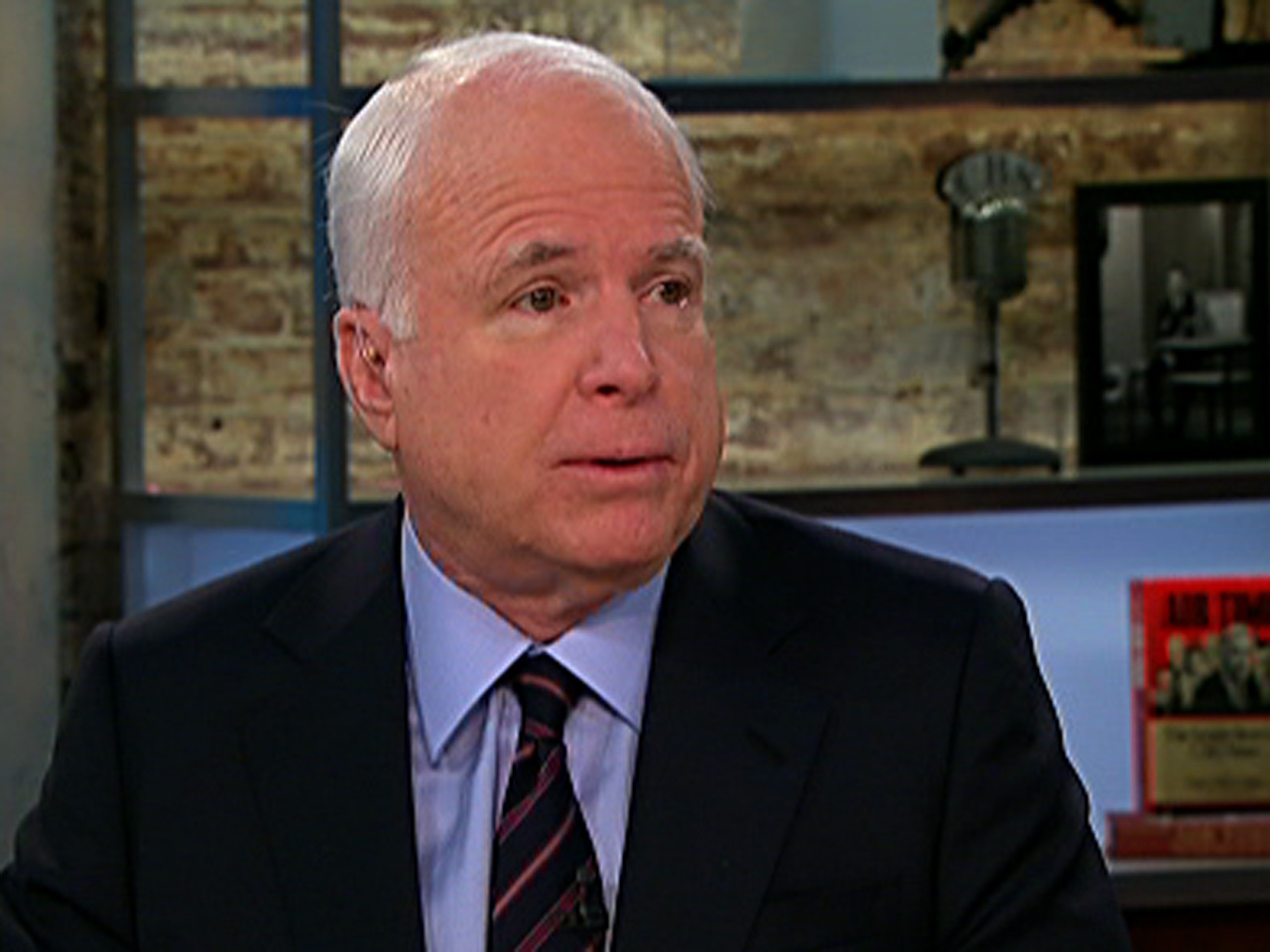 A group of Republican senators are working to reverse a deal to cut the deficit by more than $1 trillion over the next decade. The automatic, across-the-bard spending cuts are set to go into effect next year, and Republican senators want to take back control of the budget. Their first proposal, which they introduced today, is to reduce the deficit by extending the pay freeze of federal workers.

Meanwhile, a majority of House Democrats are trying to block that move and advocating on behalf of the already-approved spending reductions.

"Defense Secretary Leon Panetta has called the cuts to defense spending 'devastating,' likening them to 'shooting ourselves in the head,'" six Republicans wrote in a statement.

In a news conference Thursday morning, Senator McCain blamed the president for the upcoming cuts.

As part of the compromise to lift the debt ceiling after a bitter debate that almost shut down the government, Congress agreed to cut spending by $1.2. But because the bipartisan, bicameral "super committee" tasked with coming up with the cuts failed to reach an agreement, automatic reductions are set to begin in 2013.

But that deal, agreed to last summer, fails to give Congress say on which programs get cut. Instead, $600 billion of across-the-board cuts are to come from domestic spending and the other half are from defense.

Opponents don't necessarily oppose the cuts, but just want a say in what will be cut.

"We find ourselves in this position today because the president of the United States has failed to show leadership," McCain said. "It's time for the president to lead and accept his responsibilities as commander-in -chief and work with us to enact a plan that will reduce our debt and maintain our military preparedness."

A majority of Democrats in the U.S. House also put pressure on the president, but to ensure the automatic cuts go through. In a letter to President Obama, 127 Democratic members wrote that the cuts "should not be repealed or amended absent an agreement to reduce deficits."

"A deal is a deal," Rep. Peter Welch (Ore.) said in a statement. "Our message is clear: they can't have their cake and eat it too."

A group of Republicans have a plan for the first $110 billion of cuts set for 2013. They propose the savings comes from extending the federal worker pay freeze until 2014 and hire only two workers for every three that retire or leave.

Arizona Senator John Kyle told reporters that the plan would not lay anybody off.

"We're not proposing to fire anybody, we're simply saying as people retire or quit - go to another job in the private sector or whatever reason they leave the federal work force we don't have to replace all of them we can replace two out of every three," Kyl said.

They would then begin work on how to cut the remaining trillion dollars.