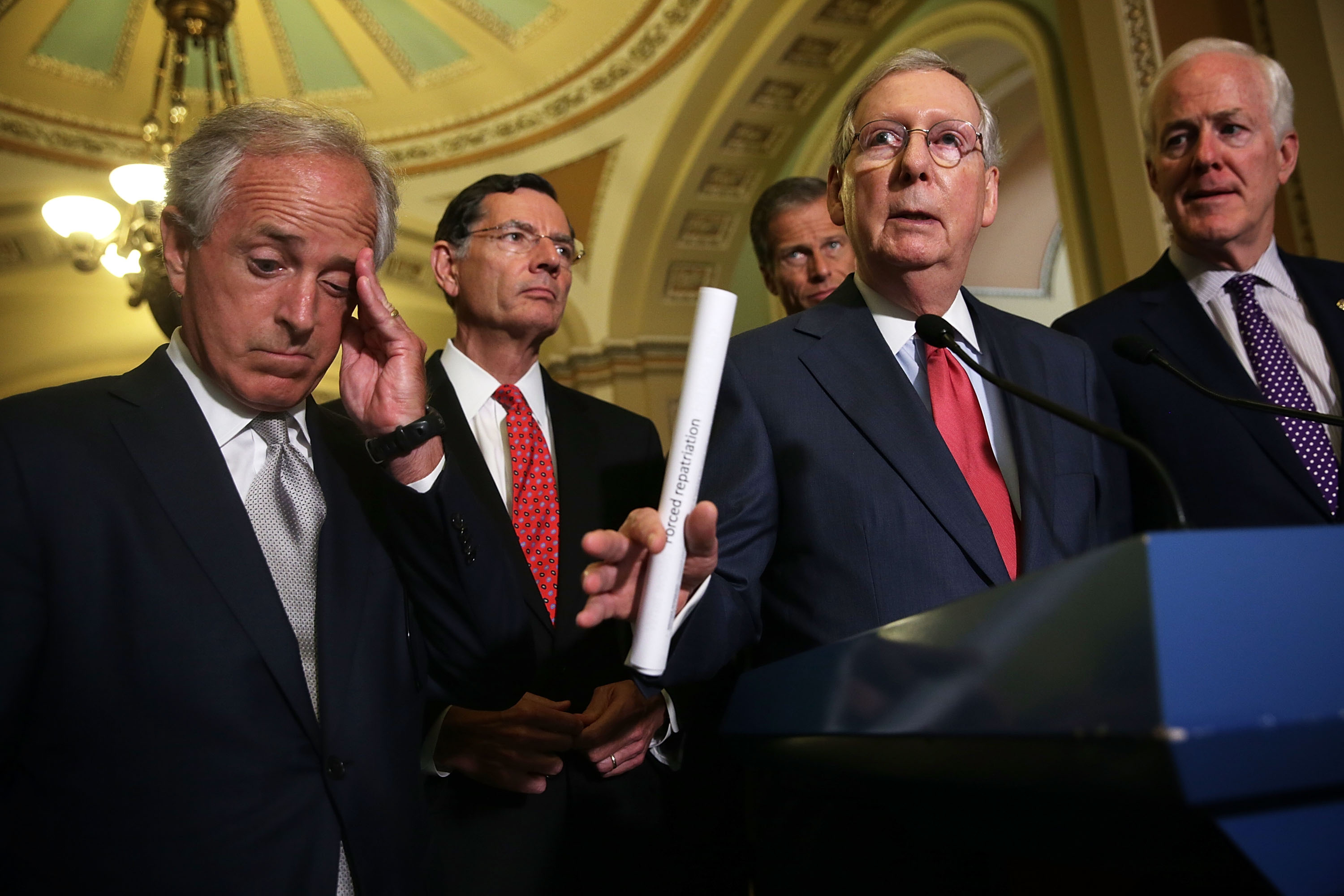 WASHINGTON -- A last-ditch GOP attempt to derail the Iran nuclear deal failed in the Senate Thursday, and defeated Republicans said they would move on and leave the fight against the Iran accord to the next president.

Senators voted 53-44 to block a measure preventing the Obama administration from lifting sanctions against Iran unless the country recognizes Israel as a state and releases American hostages. A second vote, on a disapproval resolution against the deal, also fell short, on a 56-42 vote. In both cases, 60 votes were needed to advance to final passage but minority Democrats largely held together to prevent it.

Two previous votes in recent days against the Iran deal produced similar outcomes. Democrats were even more united Thursday, as several who oppose the Iran deal nonetheless voted with their party on one of the measures, rejecting attempts by the GOP majority to use the issue to political advantage.

"This cynical tactic is a waste of the Senate's time," Minority Leader Harry Reid, D-Nev., complained on the Senate floor, contending that lawmakers should instead be working on legislation to fund the government and prevent a partial shutdown ahead of a Sept. 30 deadline.

But Majority Leader Mitch McConnell said the deal aimed at curbing Iran's nuclear program actually strengthens it and that Congress should say "no." At the same time, the Kentuckian told lawmakers the Senate would now move on from the Iran issue and prepare for a vote next week on legislation banning most late-term abortions, a measure scheduled just before a historic visit from Pope Francis.

"The deal can, and likely will, be revisited by the next commander in chief," McConnell said of the Iran agreement. "But its negative consequences promise to live on regardless - and far beyond one president's last few months in office."

CBS News Senior National Security Analyst Juan Zarate said it's likely going forward Iran will do its best to comply with the deal.

"They're going to do everything possible to comply, to not only make sure that the deal continues to unfold but that they give a sense of inevitability to the unwinding of sanctions; create a a sense of market openness that there's a gold rush to do business in Iran," he said.

But, Zarate also cautioned, if Iranian hardliners like the Revolutionary Guard and the Quds Force are amplified by the money flowing into Iran and try to extend their activities, that could give Congress a renewed sense of urgency to act.

"Then you're going to see Congress getting further involved saying, 'Look we've got to apply sanctions to ensure that terrorism support, human rights abuses support to Assad doesn't increase and doesn't increase risk to U.S. national security,'" he said.

The accord negotiated by the U.S., Iran and five world powers will provide Iran hundreds of billions of dollars in relief from international sanctions in exchange for a decade of constraints on the country's nuclear program. Opponents fear it will empower Iran and threaten Israel, but they were not able to overcome concerted lobbying by the White House and a high vote hurdle in Congress to send a disapproval resolution to Obama's desk.

Still, Thursday's votes might not be Congress' final word. House Speaker John Boehner, R-Ohio, has held out the possibility of taking legal action to block the deal, and lawmakers are also considering legislation to reinstate sanctions or take other steps against Iran.