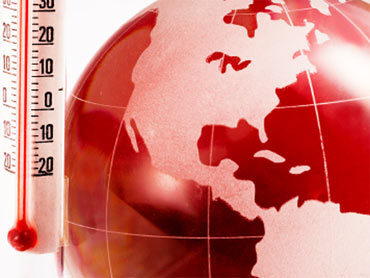 In a boost for the president on global warming, the Senate on Thursday rejected a challenge to Obama administration rules aimed at cutting greenhouse gas emissions from power plants and other big polluters.

The defeated resolution would have denied the Environmental Protection Agency the authority to move ahead with the rules, crafted under the federal Clean Air Act. With President Barack Obama's broader clean energy legislation struggling to gain a foothold in the Senate, the vote took on greater significance as a signal of where lawmakers stand on dealing with climate change.

"If ever there was a vote to find out whose side you are on, this is it," said Sen. Barbara Boxer, D-Calif., chairman of the Environment and Public Works Committee.

The vote was 53-47 to stop the Senate from moving forward on the Republican-led effort to restrain the EPA.

But Obama still needs 60 votes to advance his energy agenda, and Democrats don't have them yet. Sen. James Inhofe, R-Okla., said the vote made clear that a majority in the Senate back either a delay or an outright ban on "the Obama EPA's job-killing, global warming agenda."

Republicans, and the six Democrats who voted with them to advance the resolution, said Congress, not bureaucrats, should be in charge of writing climate change policy. They said the EPA rules would drive up energy costs and kill jobs.

But Democrats, referring frequently to the Gulf oil spill, said it made no sense to undermine efforts to curtail greenhouse gas emissions and reduce dependence on oil and other fossil fuels.

The effort to block the rules "is an attempt to bury our heads in the sand and ignore reality," said Sen. Tom Udall, D-N.M.

Obama said the vote was another reminder of the need to pass legislation to reduce the country's reliance on oil. The White House had issued a veto threat this week, saying the resolution would block efforts to cut pollution that could harm people's health and well-being.

"Today the Senate chose to move America forward, towards that clean energy economy — not backward to the same failed policies that have left our nation increasingly dependent on foreign oil," he said.

The EPA crafted standards on greenhouse gas emissions by big polluters after the Supreme Court ruled that those emissions could be considered a danger to human health and thus could be regulated under the Clean Air Act. The rules are to go into effect next January.

The poor chances of the anti-EPA measure overcoming a veto and becoming law did not deter fierce debate.

Senate Republican leader Mitch McConnell of Kentucky called the new regulations a "blatant power grab by the administration and the EPA." With a broad energy bill unlikely to pass this year, "the administration has shifted course and is now trying to get done through the back door what they haven't been able to get done through the front door," he said.

But Senate Majority Leader Harry Reid, D-Nev., called the blocking measure, "a great big gift to big oil" that would "increase pollution, increase our dependence on foreign oil and stall our efforts to create jobs" in clean energy.

White House press secretary Robert Gibbs said Thursday that he anticipated the Senate taking up a broader energy bill in the next several weeks "and hopefully we can get something done before Congress adjourns this year."

The sponsor of Thursday's resolution, Republican Sen. Lisa Murkowski of oil-rich Alaska, said her intent was to protect the authority of Congress, not the interests of the oil industry. "It should be up to us to set the policy of this country, not unelected bureaucrats within an agency," she said.

Her Democratic allies used similar arguments. "The regulatory approach is the wrong way to promote renewable energy and clean energy jobs in Arkansas and the rest of the country," said Sen. Blanche Lincoln of Arkansas, who faces a difficult re-election campaign this summer.

Sen. Jim Webb, D-Va., who opposed the resolution, agreed that Congress should not cede its authority to the executive branch but expressed concern the measure would reverse progress made in such areas as vehicle emissions. He said he supported a bill that would suspend EPA's regulation of greenhouse gases from stationary sources for two years.

Murkowski, too, said Congress should be working harder to come up with an energy bill. The issue was whether a consensus was possible this year.

"Here's the real rub," said Sen. Lindsey Graham, a South Carolina Republican who has worked with Democrats on possible energy legislation. "If we stop them (the rules), are we going to do anything?"

"This is going to be the great hypocrisy test," said Sen. John Kerry, D-Mass., cosponsor of a major clean energy proposal. He asked whether those demanding that Congress act first would actually vote for change.

There were other disputes about the consequences of the Murkowski resolution. EPA Administrator Lisa Jackson and the White House said the resolution would force the EPA to rescind the standards for emissions from future-model cars and light trucks it came up with earlier this year with the Transportation Department. The result, she said, would be a need for the country to consume an extra 455 million barrels of oil.

Murkowski and others countered that Transportation has long been able to set fuel efficiency standards without the help of the EPA.

Jackson also denied the argument of critics that the EPA rules would impose devastating costs on small businesses and farmers, resulting in major job losses. The EPA added a provision that exempts small sources of pollution from the regulations for six years.