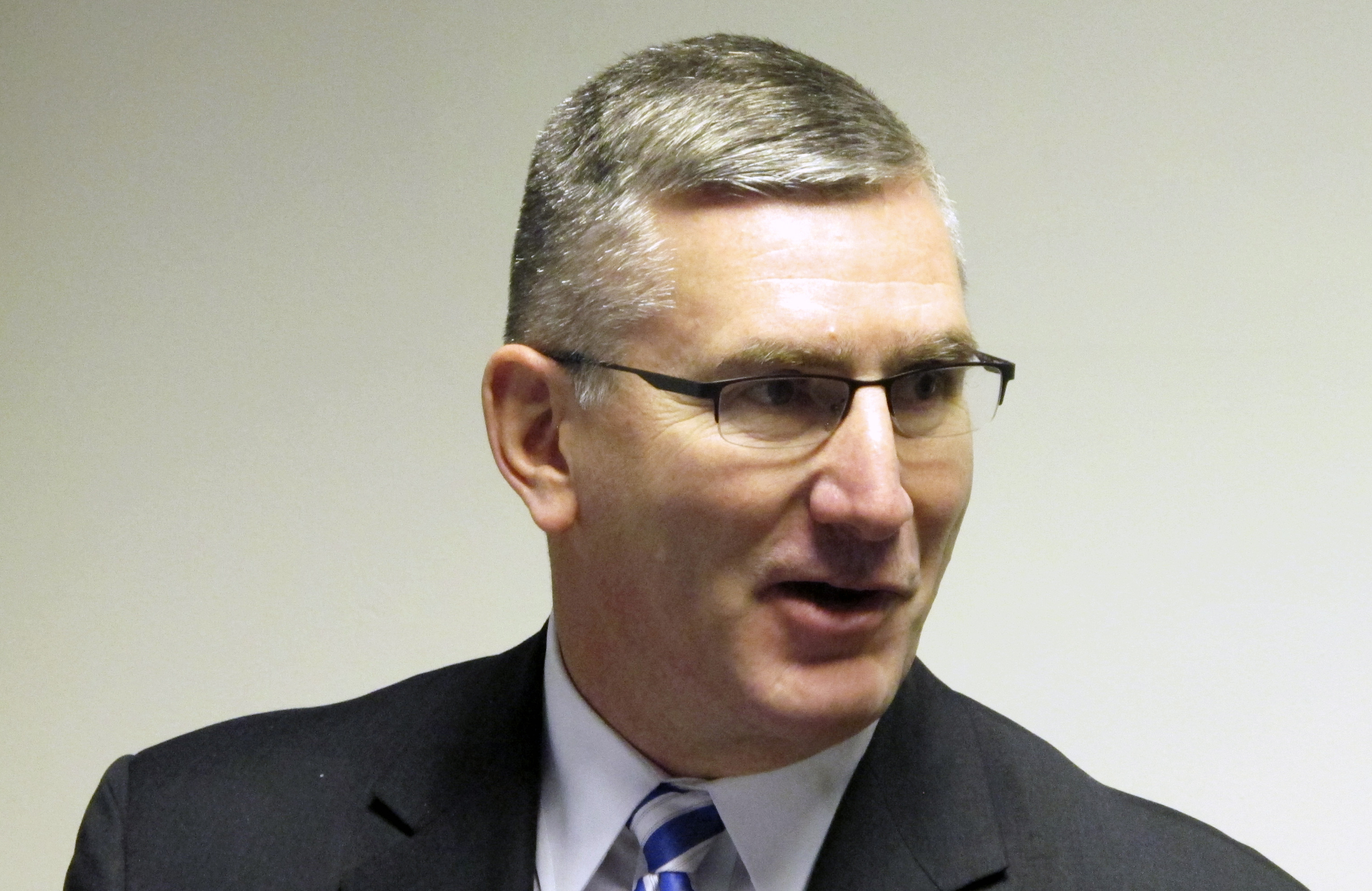 HELENA, Mont. -- Sen. John Walsh was taking personal time at his Helena home as his campaign canceled events and avoided questions about whether the Montana Democrat plans to remain in the U.S. Senate race amid allegations that he plagiarized a research paper.

Walsh was scheduled to be at a Jackson, Wyoming, fundraiser Tuesday with Colorado Sen. Mark Udall, but did not attend.

His campaign also notified Gallatin County Democratic party members that the senator would not appear at a backyard meet-and-greet in Bozeman hosted by Women for Walsh that was scheduled for Wednesday, or a Friday talk on public lands at the county party's new headquarters.

"He took a personal day yesterday," campaign spokeswoman Lauren Passalacqua said Wednesday. She declined to answer questions about Walsh's plans or the postponement of campaign events.

The campaign also provided no reason to the Gallatin County Democrats, said Billy McWilliams, a member of the county party's executive committee.

Walsh has come under increasing pressure after The New York Times reported that he plagiarized portions of the 2007 research project he wrote while attending U.S. Army War College in Pennsylvania. The editorial boards of Montana's three largest daily newspapers have called for him to withdraw his candidacy, while others have demanded that he apologize or that he forfeit his master's degree.

"Sen. John Walsh's response to plagiarism has destroyed our faith in him," wrote the editorial board of the Billings Gazette. "Haunted by a serious lapse in academic honesty, Walsh is finished as a U.S. Senate candidate. But he should work even more diligently to finish the Senate job he already accepted."

Walsh is running against Republican Rep. Steve Daines to keep the Senate seat he was appointed to by Gov. Steve Bullock in February when Max Baucus resigned to become ambassador to China. The race was already seen as an uphill climb for Walsh, and it was not central to Democrats' plan for retaining control of the Senate. The Democratic Senatorial Campaign Committee, for example, had not planned to spend any money on Walsh's behalf, choosing instead to hoard their resources for more competitive races.

Walsh previously said he made unintentional mistakes in not citing others' work in his paper on the spread of democracy in the Middle East. In the paper, Walsh presented several passages that were apparently lifted nearly verbatim from other sources, including a paper from the Carnegie Endowment for International Peace and a paper written by a scholar at Harvard.

He also said he was being treated for symptoms of post-traumatic stress disorder at the time, but added he was not blaming PTSD for his mistake.

The Montana Democratic Party on Tuesday continued to pledge its support of Walsh. "Senator Walsh is our U.S. Senator and candidate," party spokesman Bryan Watt said.

If Walsh withdraws, the Democrats would hold a nominating convention to select a replacement. Convention delegates would include county party committee leaders, party executive board members and statewide and federally elected officials - about 175 people, Watt said.

They would gather to nominate potential replacements and hold rounds of balloting until one person received a majority of the votes.

The Montana Secretary of State deadline for submitting a replacement candidate is Aug. 20.