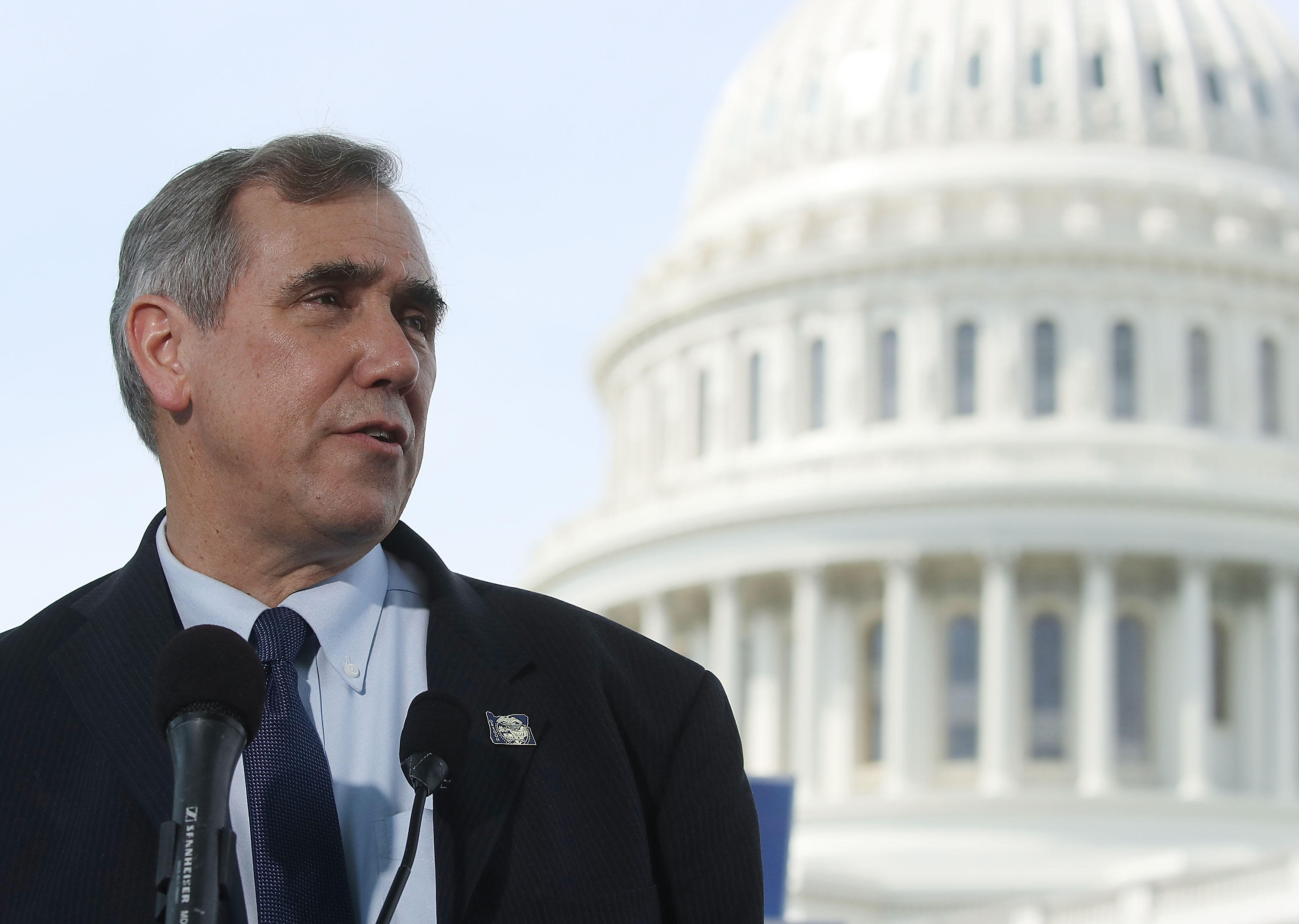 Sen. Jeff Merkley says that what he witnessed in Texas at a migrant processing center is now "seared" in his mind. He described long lines of young boys and girls being sorted by age and sex in large fenced-in warehouses, a part of their processing before they were handed off to the supervision of government agencies, all without their parents by their side.

"This is morally bankrupt and wrong on every level," Merkley said in his description of the process. He added, "You don't hurt children in order to influence policy decision."

Merkley spoke with members of the press following his viral account of being denied entry at a separate detention facility in Brownsville, Texas over the weekend. He described what he witnessed inside a different facility in McAllen, Texas, the McAllen Border Patrol Processing Center, which is controlled by the Department of Homeland Security, and is used to process undocumented migrants when they first arrive, and where many families are being separated as they enter the U.S.

The migrant children, he said, undergo their initial screening and sorting in a "dog-kennel style" setting. The senator's team were forced to lock their phones away before entering the facility.

"In the first room the ceiling is lower, the rooms were some, maybe 12 x 12 to 15 x 15," described Merkley of the cyclone-fencing in the space. He added that migrants had only the clothing they were carrying and foil space blankets. A Merkley staffer that traveled with the Senator described the scene as "impossible to calculate" as individuals were being sorted, separating boys from girls and men from women. A four-foot-high cinderblock wall acted as a partition for toilets for them to use. The room, Merkley said, had no padding on the floor, and some individuals were seen lying on the ground. In the same space, inundated staff members input data about the migrants into their computer system, and then, they later moved into a "vast warehouse" where fencing enclosures were "much larger" according to Merkley.

The senator said the ceiling in the next room appeared "much higher" and thin, sparse mattresses were placed on the floor. A Merkley staffer described the enclosures as resembling 20-foot-high cages with netting on top, housing children from ages 4 to 16 years old.  From this point, migrant children are moved to detention facilities similar the one Merkley was barred from entering. These are controlled by the Office of Refugee Resettlement, before they are finally moved to Health and Human Services.

Texas is one of several border states processing undocumented migrant children in this way. Lauren Dasse, executive director for the Florence Project which provides free legal services to men, women, and unaccompanied children in immigration custody in Arizona, says her organization has seen 300 cases of family separation in her state, with 100 new cases in just the past 10 days alone. Dassee said the non-profit hears of children being separated at all age ranges, including young migrants with disabilities. She called the process "inhuman and cruel."

Family separation, which President Trump has repeatedly blamed Democrats for spearheading, is currently shrouded in secrecy according to Merkley, who is now demanding that Congress acts to bring transparency to the system. Merkley, along with experts on Tuesday's call, say the Trump administration's "zero tolerance" policy is further inflicting trauma on children who otherwise are seeking a new life in the United States.

"This is not mandated by law, this is a decision that was made after extensive conversations within the administration," said Merkley. He added, "It's completely at their decision to adopt this strategy."

In the meantime, Merkley said he's pushing for a bill that would allow members of Congress to visit any detention facility in the United States given 24 hours notice. "We need to see how facilities are operating on a day to day basis not cleaned up or sanitized for a special visit," he said.

The Oregon Democrat added that he would also be pressing for a simple "one sentence law that says when families seek asylum, it's policy not to separate children from their parents."