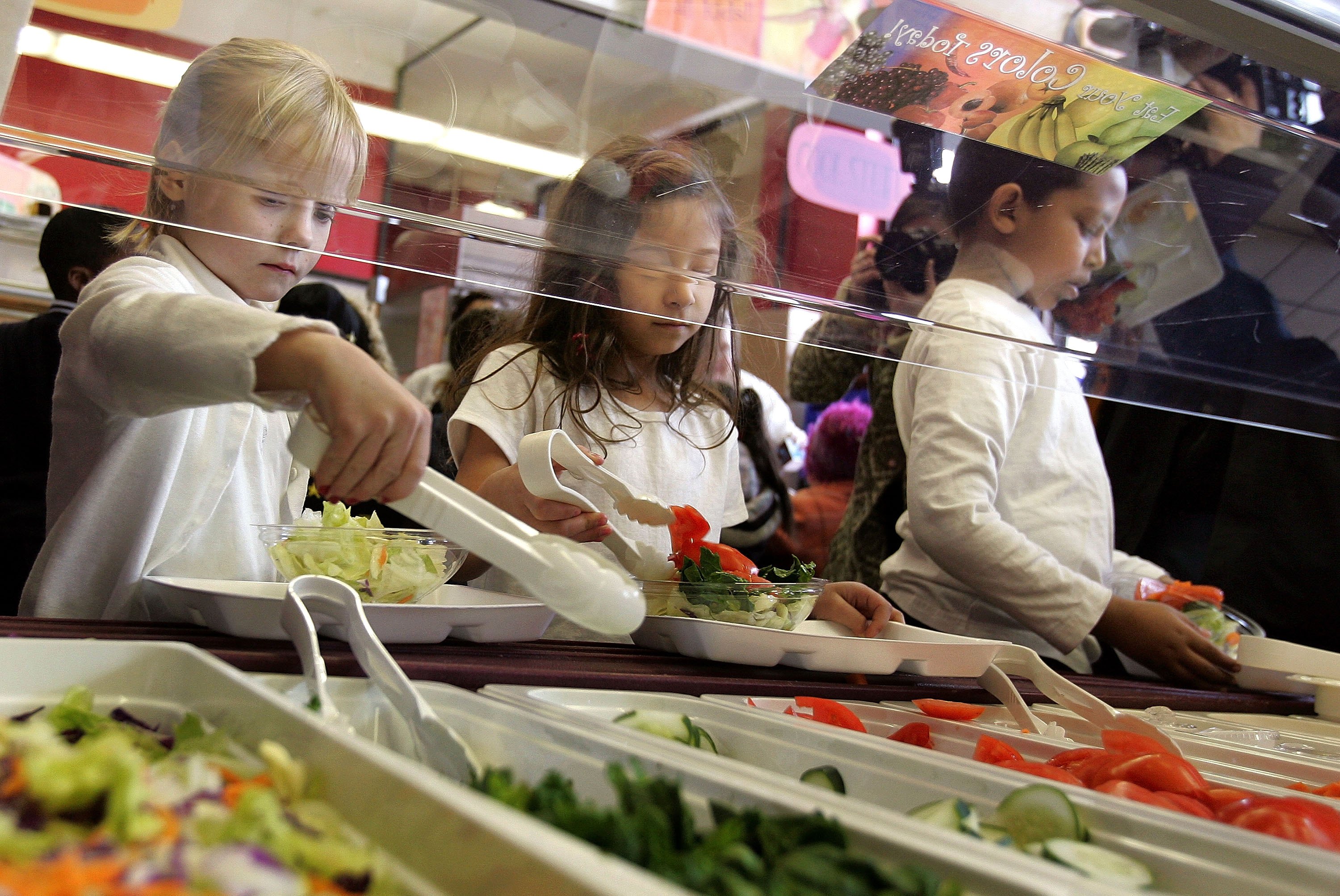 Franken on Monday ate lunch with the kindergartners at Meadow Lake Elementary School in Brooklyn Park, Minn., to bring attention to the significance of subsidized lunches. Nearly eight in 10 students at Meadow Lake come from lower-income families who qualify for free or reduced lunches, CBS Minnesota reported.

"Kids who haven't eaten at lunch, who don't have a full stomach... don't do as well in school. This is wrong," Franken said.

The National School Lunch Program provided low‐cost or free lunches to more than 31 million children each school day in 2012, but Franken contends the government could do more for those students who are only offered low-cost lunches. If a student can't pay for those low-cost lunches, which are typically 40 cents each, they're offered some alternative like a cheese sandwich.

Franken is re-introducing legislation, the Expand School Meals Act, to pay the rest of the cost for those students who only qualify for the reduced-price meals. The senator introduced the legislation in 2009 and 2010, but it went nowhere.

It's unclear if the bill would have any more success this year. Last month, Congress sent President Obama a farm bill that cuts $8.6 billion from the food stamp program over the next decade. Meanwhile, lawmakers are still squabbling over extending emergency unemployment benefits for the long-term unemployed -- Republicans are asking for a satisfactory way to pay for the program.

The Minnesota senator is up for re-election this year, and his legislation fits into the Democrats' election-year push to fight income inequality with measures like a minimum wage increase. A couple of recent polls out of Minnesota show Franken in a good position over his potential Republican challengers.

At least one of his GOP challengers, businessman Mike McFadden, said the matter of paying for school lunches should be left to the states to handle, the Minnesota Star Tribune reports. The Minnesota House did, in fact, vote last week to set aside $3.5 million a year to cover the cost of reduced-price lunches.