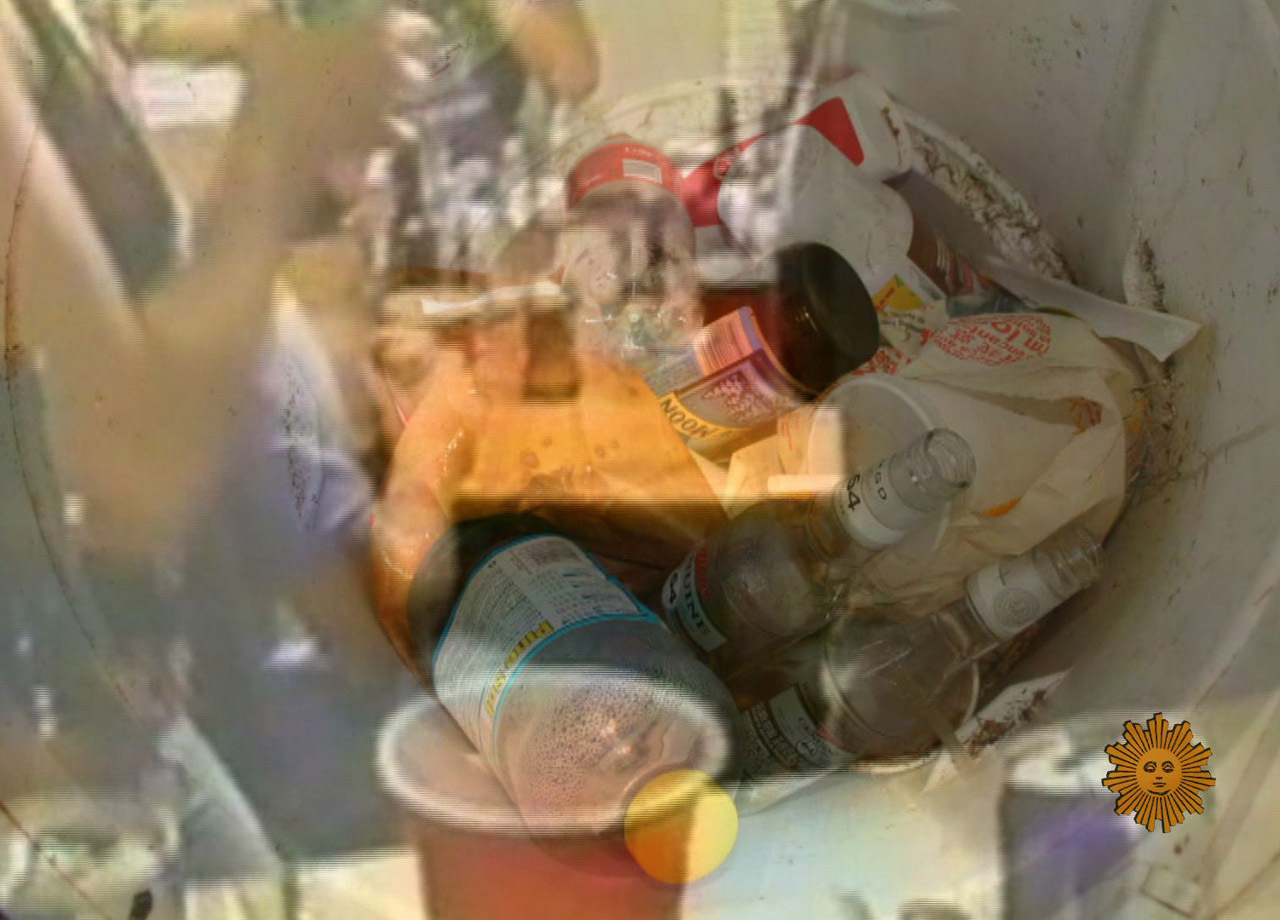 HAZING is on no college or university's official curriculum. Yet hazing does occur with regularity on a number of campuses, and when things go wrong, it ends up in tragedy - and headlines. Our Cover Story is reported now by Tracy Smith.

It was a half-time show worthy of the Super Bowl, when Florida A&M's legendary band, the Marching 100, took the field for a college football game last November.

The same outcry that has come with chilling regularity every year, for decades.

Hank Nuwer, a professor at Franklin College in Indiana, has spent the past 40 years documenting every hazing death in the United States. Since 1975, he says, "there's been a death every particular year. Would I be very surprised if 2012 goes by without a death? Yes."

Nuwer says hazing is anything that is required of a newcomer by veterans in a group that you have to go through - it may be silly, demeaning or dangerous.

And the record of dangerous, even deadly hazing, stretches back more than a century.

"The first verifiable incident, clearly, is 1873 at Cornell University," said Nuwer. "It's the death of Mortimer Leggett, who was the son of a Civil War general and hero. Leggett fell over the cliff. What got controversial is that there was a blindfold found there."

For the next hundred years, more deaths followed sporadically. But about 30 years ago, Nuwer noticed a disturbing trend.

The one constant in 82 percent of hazing deaths, Nuwer found, was massive quantities of alcohol - part of a growing culture of binge drinking that is all too common at college campuses across America.

"We're talking levels which would be approaching, basically half of your blood system being filled with liquor," he said. "In the death of Chuck Stenzel, when I interviewed the pathologist and went to the room where he did his autopsy, he basically said his brain was swimming in alcohol."

Chuck Stenzel died at Alfred University in New York in 1978, and the community was so outraged they passed the state's first anti-hazing law - one of 44 states to do so.

And yet, 30 years later, nothing much has changed.

Carson Starkey grew up in Austin, Texas. "He was a very likeable kid," said his mother, Julia, "very funny . . . Had a lot of friends. Was very outgoing, very outdoorsy."

Julia and Scott Starkey were thrilled when their son decided to attend Cal Poly, in San Luis Obispo, California.

His parents say Carson was not a kid who drank, and describe him as very health-conscious: "He'd always make fun of us, You know, 'You're eating too many chips!'" Julia laughed. "You know, he was always very concerned about what he ate and how much he got to exercise and how much time he got to spend outdoors."

Julia said that their reaction to the news that Carson wanted to pledge at a fraternity was surprise. She was concerned, so she searched the school and the fraternity's websites for information. There was nothing remotely alarming, though the fraternity - Sigma Alpha Epsilon - had been suspended the year before, for underage drinking, among other infractions.

"I even mentioned to Scott, you know, at least if he does something like this, he would have some people to take care of him and watch out for him, since he doesn't know anyone out there," Julia said.

Scott Starkey said they couldn't have been more wrong.

The fraternity called it "Brown Bag Night." Nick Cox and Cole White were Carson's pledge brothers and were with him in this garage on December 1, 2008.

The boys were each given a box filled with alcohol. "An outsider looking in on that night would call it insane," said Cox."I had, like, a six-pack of Guinness and, like, a fifth of vodka.

"I had, like, a fifth of cheap tequila," said Smith.

"There was too much alcohol there," said Cox.

Too much alcohol, and yet they were told they had an hour and a half to drink all of it.

"You're just drinking it because that's what you're supposed to do?" asked Smith.

"It's like that big brotherhood thing: 'Don't screw up your brother,'" said White. "'If he doesn't finish it, one of you guys is.' That kind of stuff. And that's totally the last thing I remember about Carson, too. Just taking it and doing kind of what he was told."

"Why did you stick around? Why do it?" asked Smith.

"Because apparently everybody else that was an active member of the fraternity had gone through it, too," said White, "so you figure at least in the back of your head, 'Oh, it's okay. It'll be okay. I'll be on the other side soon.'"

Very quickly, Carson was in trouble.

"I remember seeing him," said Cox, "he was, like, drooling out of his mouth. And I've never seen that at all when it came to drinking. So, that's when I thought, like, you know, 'Someone needs to take care of him.' And two people picked him up and they literally carried him out of the run 'cause his legs were limp. And that's the last I saw of him."

The way Scott Starkey learned of his son's death was "tough," he said: "Julia noticed on our caller ID that we'd missed a call from the San Luis Obispo County Coroner's Office."

"I don't think they meant for us to find out that way," Julia said.

The Starkeys later learned that a group of guys started driving Carson to the hospital that night . . . but then turned around.

"They brought him back inside and there was a bare mattress on the floor, and they laid him on the mattress and left him there," said Scott. "They didn't realize the severity of his alcohol poisoning . . . and they were afraid they would get themselves and their fraternity in trouble."

The fraternity was banned from Cal Poly for 30 years.

And four young men were convicted of criminal hazing and sent to jail . . . for a maximum of 120 days.

Doug Fierberg was the Starkeys' attorney. He says throwing the perpetrators in jail sends the right message, but so far, legislation has done little to end the cycle of hazing.

"Eighteen- and 19- and 20-year-olds have absolutely no idea of what the law may be on hazing when they're engaging in these types of activisties," he said. "These are rituals that have gone on for years. They're just doing what was done to them before. It may help but will it solve the problem? No."

One of the things that will solve the problem, Fierberg says, is accurate information. So the Starkeys sued the fraternity, forcing it to list violations on its website - and voluntarily Cal Poly has done the same.

"You believe that?" asked Smith.

Releasing information is crucial . . . even more crucial, says Fierberg, is preventing hazing in the first place by taking alcohol out of fraternities altogether..

"Alcohol, lack of mature management: Solve those two problems, you'll solve the hazing problem," he said. "They won't do it because, candidly, it puts them at a competitive disadvantage to have the alcohol out of their house, because that's the central draw."

The Starkeys realize they may never be able to stop kids from drinking, or hazing. But they hope they can stop them from dying. They're lobbying for amnesty laws for kids who call 911 about a drunk friend, and they're teaching how to recognize the signs of alcohol poisoning through their program "Aware, Awake, Alive."

"We need to stop hazing. But maybe a baby step there is to get them to stop treating alcohol like a toy and using it as a tool for hazing," said Scott.

For the Starkeys, and for hazing expert Hank Nuwer, it's all about trying to save another family from the unthinkable:

"That's the call that comes in the middle of the night, the visit to the emergency room when you know your son or daughter doesn't have a lot of time," said Nuwer. "I would like to imprint that on the memory banks of every parent in the country so that they would demand more of our colleges and of our students themselves. We can do better."

Life for the left-handed
Thanks for reading CBS NEWS.
Create your free account or log in
for more features.
View CBS News In
CBS News App Open
Chrome Safari Continue
Be the first to know
Get browser notifications for breaking news, live events, and exclusive reporting.