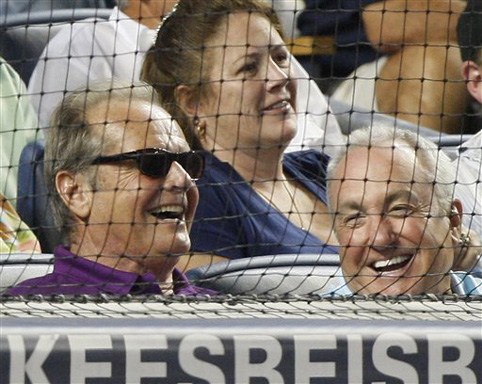 A federal judge threw out a lawsuit Tuesday by a whistle-blower who alleged security lapses in the FBI's translator program, ruling that her claims might expose government secrets that could damage national security.

U.S. District Judge Reggie B. Walton said he was satisfied with claims by Attorney General John Ashcroft and a senior FBI official that the civil lawsuit by Sibel Edmonds could expose intelligence-gathering methods and disrupt diplomatic relations with foreign governments.

The judge said he couldn't explain further because his explanation itself would expose sensitive secrets.

Walton concluded that the case "must be dismissed, albeit with great consternation, in the interests of national security," reports CBS News' Kathy Mountcastle.

Edmonds, a former contract linguist for the FBI, said she will appeal the ruling. She alleged in her lawsuit that she was fired in March 2002 after she complained to FBI managers about shoddy wiretap translations and told them an interpreter with a relative at a foreign embassy might have compromised national security.

Edmonds said the judge dismissed her lawsuit without hearing evidence from her lawyers, although the government's lawyers met with Walton at least twice privately. She noted that Walton, the judge, was appointed by President Bush.

"This shows how the separation of power has basically disappeared," Edmonds said in a telephone interview. "The judge ruled on this case without actually this ever being a case."

In his decision, Walton acknowledged that dismissing a lawsuit before the facts of the case can be heard is "Draconian."

"Mindful of the need for virtual unfettered access to the judicial process in a governmental system integrally linked to the rule of law, the court nonetheless concludes that the government has properly invoked the state secrets privilege," Walton ruled.

Edmonds' lawyer, Mark S. Zaid, called the decision "another example of the executive branch's abuse of secrecy to prevent accountability."

"The judiciary seems to be unwilling to do anything but capitulate to assertions of national security," Zaid said.

The Justice Department's inspector general is investigating whether the FBI retaliated against Edmonds, who was subjected to a security review after she raised allegations of security lapses. The bureau said problems with Edmonds' performance were behind the dismissal.

The FBI translator program has played a significant role in interpreting interviews and intercepts of Osama bin Laden's network since Sept. 11.

The bureau's translation work came under criticism in a staff report of the Sept. 11 commission, which found that prior to the 2001 attacks, "the FBI did not dedicate sufficient resources to the surveillance or translation needs of counterterrorism agents."

"The FBI did not have a sufficient number of translators proficient in Arabic and other languages useful in counterterrorism investigations, resulting in a significant backlog of untranslated" wiretap information "by early 2001."

The lawsuit charged that reclassifying materials that had previously been in the public domain is illegal and unconstitutional.

The suit was filed in federal court by the Washington-based Project on Government Oversight, a nonprofit group that has been following the case.

Ashcroft told Senate Judiciary Committee members at a hearing earlier in June that he took responsibility for the decision to classify the Edmonds' information.

"The national interests of the United States would be seriously impaired if information provided in one briefing to the Congress were to be made generally available," he said.

The lawsuit said that Edmonds' case was discussed by the FBI during unclassified Senate Judiciary Committee briefings in 2002. It said letters urging the FBI to investigate her claims were posted on the Web sites of Sens. Patrick Leahy, D-Vt., and Charles Grassley, R-Iowa.

Those letters have since been removed from the Web sites.

"This is an extraordinary and dangerous abuse of power by Ashcroft to improperly use the classification system to hide information that the Justice Department finds embarrassing," said Danielle Brian, executive director of the project.

The group has been investigating Edmonds' allegations and wants to post its findings on its Web site, but is barred from doing so now because of the reclassification, Brian said.

She claimed that from the day she began her job shortly after Sept. 11, she was told repeatedly by one of her supervisors that there was no urgency — that she should take longer to translate documents so that the department would appear overworked and understaffed. That way, it would receive a larger budget for the next year.

She also claimed that a Turkish translator at the FBI, Jan Dickerson, tried to recruit Edmonds into an organization being investigated by the FBI's own counter-intelligence unit, and threatened Edmonds when Edmonds sought to translate wiretaps of a Turkish official.

Edmonds claims Dickerson left important information out of her translations. Edmonds claims that when she brought this to her supervisor's attention, the supervisor threatened to investigate Edmonds.

Edmonds was subsequently fired. Dickerson moved to Belgium and did not speak to 60 Minutes.

The FBI has admitted that when Dickerson was hired the bureau didn't know that she had worked for the Turkish organization under scrutiny.

They also didn't know she'd had a relationship with the Turkish intelligence officer stationed in Washington who was the target of that investigation and the wiretaps.

The FBI conceded has also that on at least two occasions, Dickerson had, in fact, left out significant information from her translations. They say it was due to a lack of experience and was not malicious.