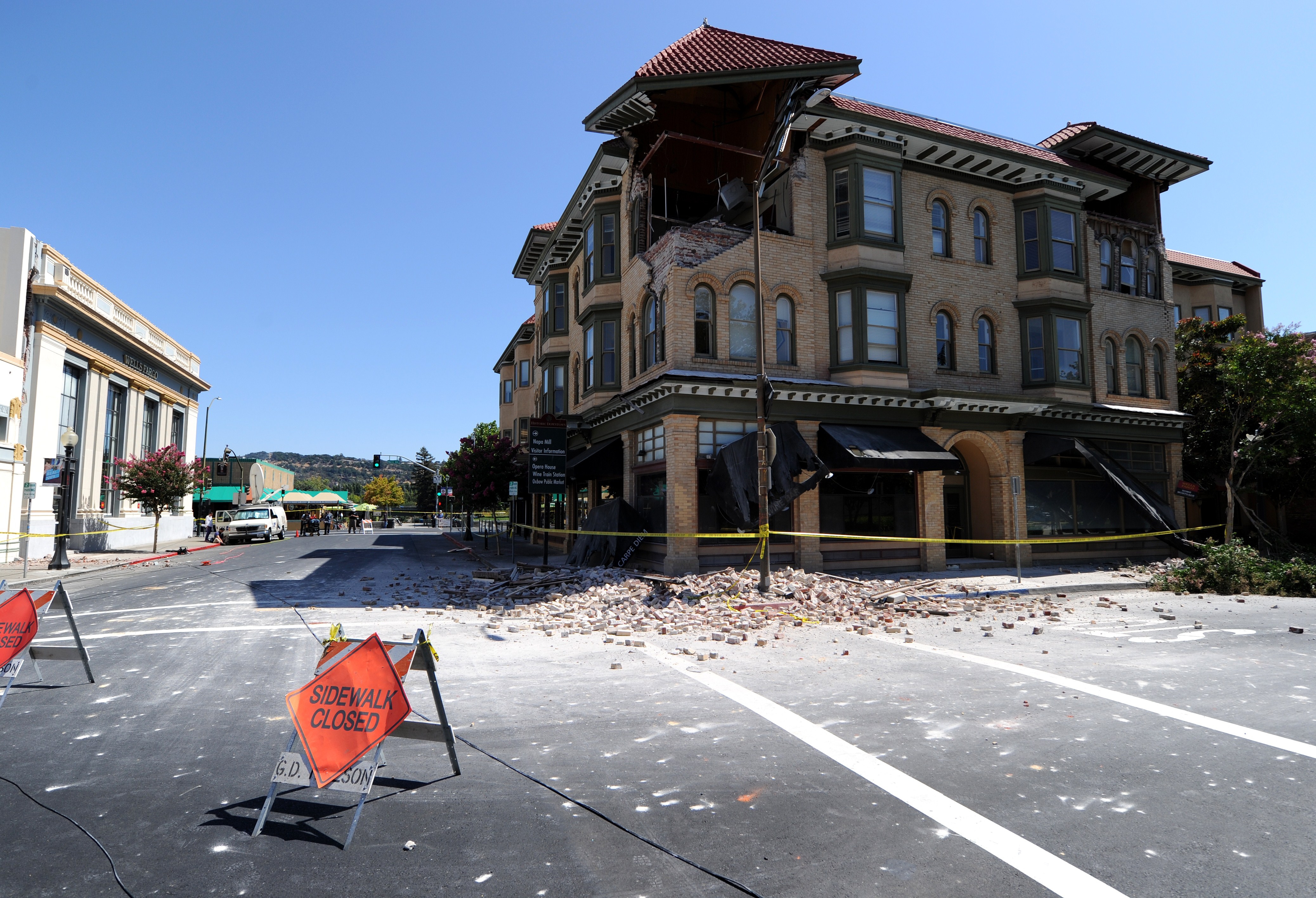 Four urban areas of the San Andreas Fault System in Northern California have accumulated a sufficient amount of energy to produce major earthquakes, a new study finds. Scientists say the region appears to be overdue for a significant quake.

The four areas singled out in the study are: Hayward, Rodgers Creek, northern Calaveras and Green Valley.

In the study, researchers measured fault creep, which is slipping that occurs in the uppermost part of the earth's crust during the time period between large earthquakes on a fault. If no fault creep occurs, then a fault is considered locked and strain will build up until it is released in an earthquake, during which much greater strain is released in a matter of seconds.

Researchers found that three sections of the San Andreas Fault system in Northern California -- Hayward, Rodgers Creek and Green Valley -- are either near or past their average recurrence interval and have accumulated sufficient strain to trigger earthquakes of magnitude 6.8 or greater.

"The extent of fault creep, and therefore locking, controls the size and timing of large earthquakes on the Northern San Andreas Fault system," study author James Lienkaemper, a research geophysicist at U.S. Geological Survey (USGS), said in a statement. "The extent of creep on some fault sections is not yet well determined, making our first priority to study the urban sections of the San Andreas, which is directly beneath millions of Bay Area residents."

The investigators also determined that Rodgers Creek, northern Calaveras and southern Green Valley have large locked areas of less than 0.04 inches (1mm) of creep per year that have not resulted in a major earthquake of at least magnitude 6.7 in those areas. The Green Valley fault, northeast of San Francisco, is home to dams and canals that are crucial to much of the state's water supply, which could be disrupted by a major quake.

The southern Hayward fault, which produced a magnitude 6.8 earthquake in 1868, is now getting near its average recurrence time.

The San Andreas Fault system in Northern California consists of five major branches constituting a total length of about 1250 miles. Being able to understand the amount and extent of fault creep plays an important role in assessing seismic risk for the region.

"The San Andreas Fault and its two other large branches, the Hayward and Northern Calaveras, have been quiet for decades. This study offers a good reminder to prepare today for the next major earthquake," Lienkaemper said.

The study was published Monday in the Bulletin of the Seismological Society of America (BSSA).