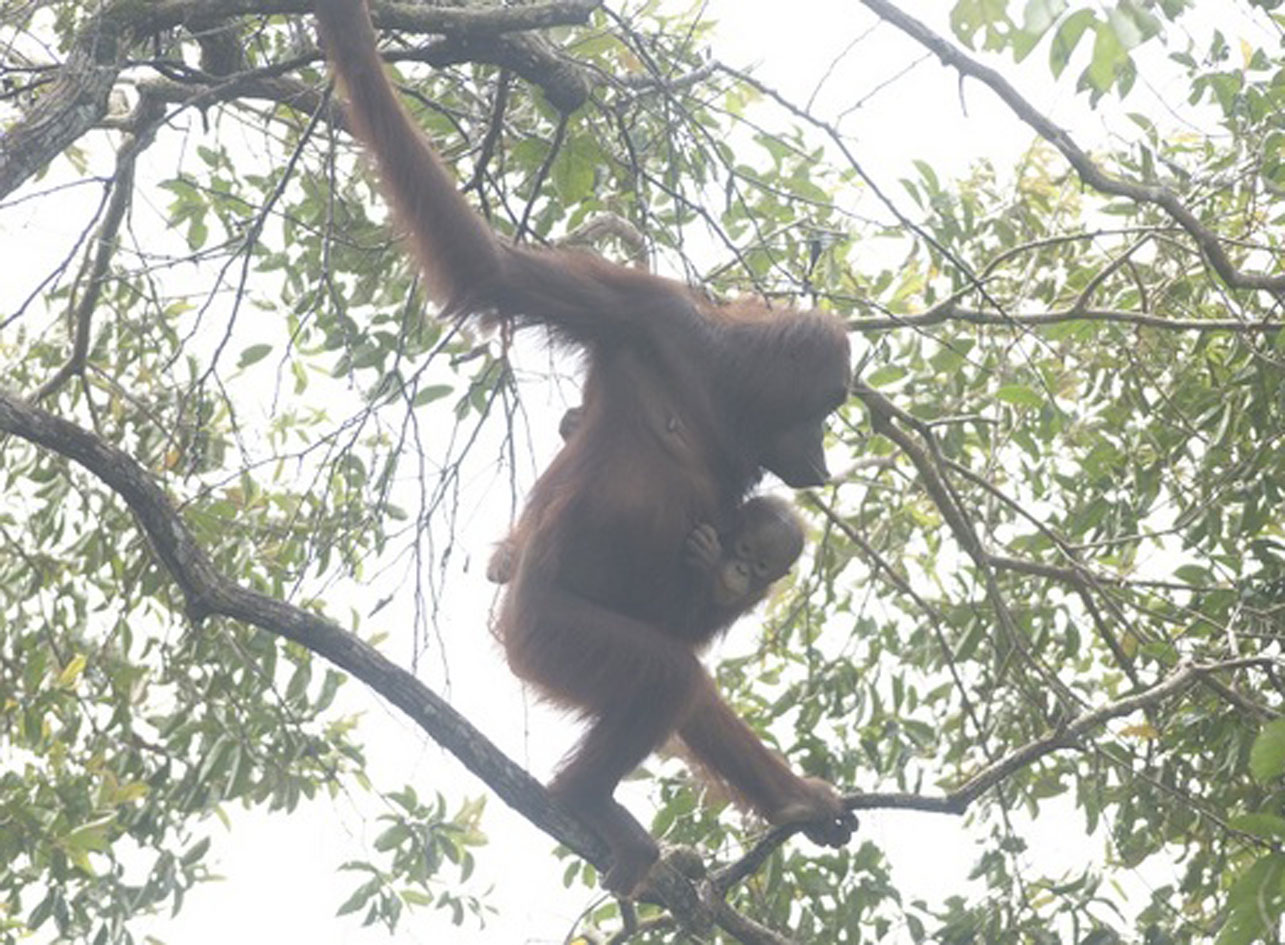 A population of 200 of the world's rarest orangutans was found tucked away in the forests of the island of Borneo, according to the Wildlife Conservation Society (WCS).

All subspecies of Bornean orangutans are listed as endangered by the International Union for Conservation of Nature. But scientists estimate just 3,000 to 4,500 individuals are left in the subspecies known as Pongo pygmaeus pygmaeus, making them the most severely threatened.

Two-thousand of those live in the Malaysian state of Sarawak in Batang Ai National Park and Lanjak-Entimau Wildlife Sanctuary, researchers say. The previously unknown population was found by conservationists near the Batang park, in an area covering about 54 square miles.

Local communities apparently had been aware of the apes, but no major research projects had been undertaken in the area until February, when conservations with WCS and other groups surveyed the region. They found a total of 995 orangutan nests, including fresh nests that indicated the rare population was recently using the area.

Previously, researchers studying fresh nests left by wild orangutans in Indonesia found they are incredibly complex, made in the crooks of large branches. The orangutans bend and interweave living branches about an inch wide to form the nest.

"They are just bent. They can actually stay living and later on you can go back to them and see they are like an archeological artifact of all these strangely bent items," said Roland Ennos of the University of Manchester, in the United Kingdom, when the study was published last year in the journal Proceedings of the National Academy of Sciences. " It's very similar to weaving a basket, they have to break the branches, weave them together and form a nice, strong, rigid structure."

The Sarawak state government is now mulling new protections (including new national parks) for the area where the hidden orangutans were documented.