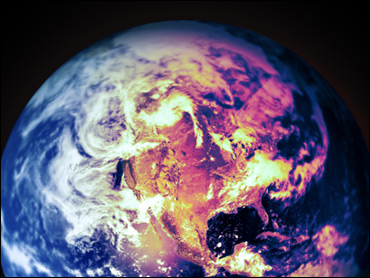 Also known as the Orbital Test Vehicle, the Boeing-built spacecraft was originally a NASA project before being taken over by the military.

The Air Force has not said whether it carried anything in its cargo bay, but insists the primary purpose of the mission was to test the craft itself.

"We are very pleased that the program completed all the on-orbit objectives for the first mission," program manager Lt. Col. Troy Giese said in a statement.

Eggers said the craft is expected to return to space next year.

"I understand they are looking to do that in the spring of 2011," he told The Associated Press.

Officials have made public only a general description of the mission objectives: testing of guidance, navigation, control, thermal protection and autonomous operation in orbit, re-entry and landing.

However, the ultimate purpose of the X-37B and details about the craft have longed remained a mystery, though experts said the spacecraft was intended to speed up development of combat-support systems and weapons systems.

The voyage culminated the project's long and expensive journey from NASA to the Pentagon's research and development arm and then on to the secretive Air Force Rapid Capabilities Office. Hundreds of millions of dollars have been spent on the X-37 program, but the current total hasn't been released.

While the massive space shuttles have been likened to cargo-hauling trucks, the X-37B is more like a sports car, with the equivalent trunk capacity.

Built by Boeing Co.'s Phantom Works, the 11,000-pound craft is 9 1/2 feet tall and just over 29 feet long, with a wingspan of less than 15 feet. It has two angled tail fins rather than a single vertical stabilizer.

Unlike the shuttle, it was designed for launch like a satellite, housed in a fairing atop the expendable Atlas V rocket, and capable of deploying solar panels to provide electrical power in orbit.