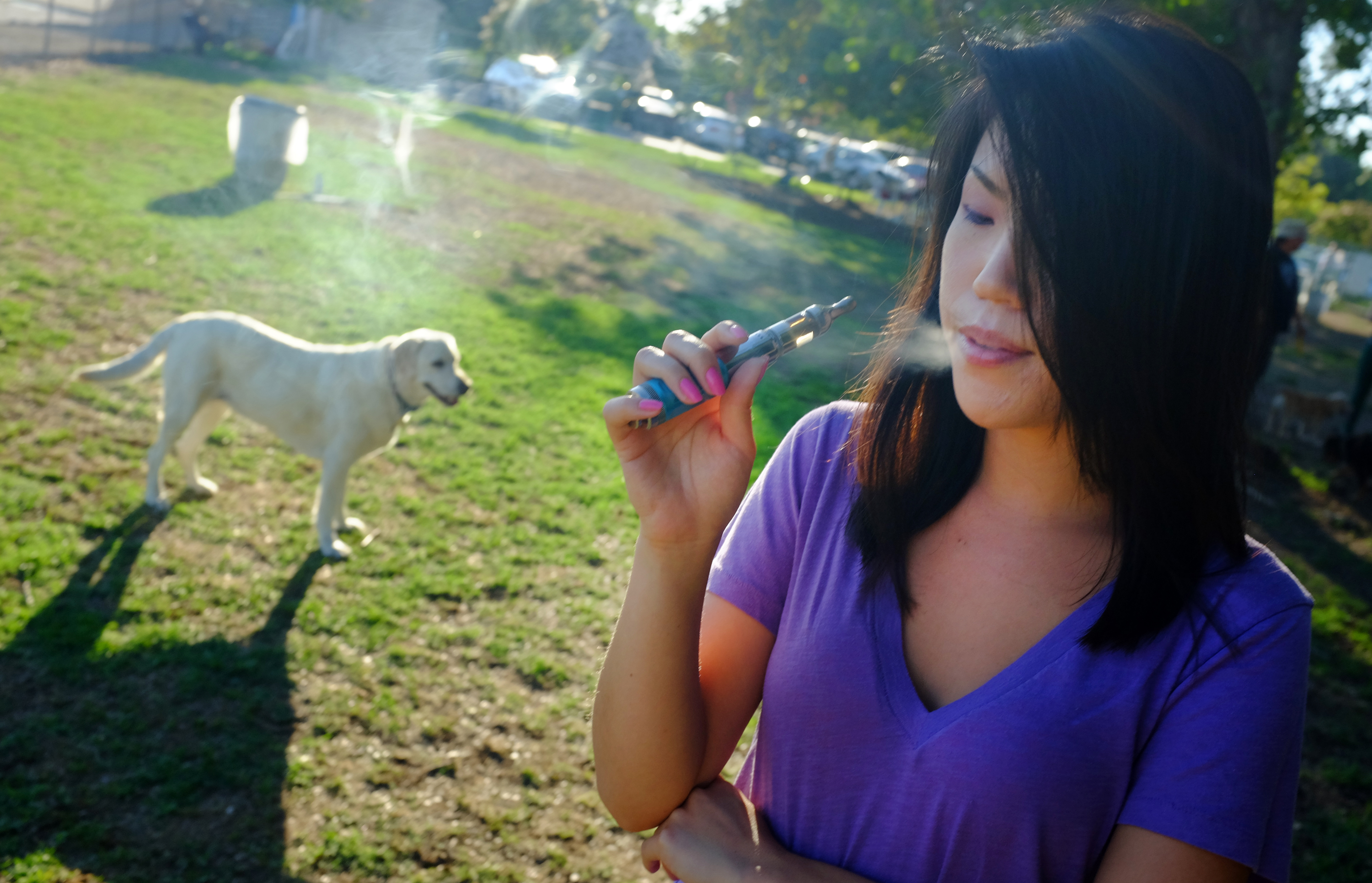 Ten years ago, Shirley Worthington rushed Tigger to the vet when the dog's mouth started bleeding. When she was told he had cancer, she knew to blame her heavy smoking, an addiction she couldn't kick until after her pet died.

Secondhand smoke can cause lung and nasal cancer in dogs, malignant lymphoma in cats and allergy and respiratory problems in both animals, according to studies done at Tufts University's School of Veterinary Medicine in Massachusetts, Colorado State University and other schools.

Despite Worthington's certainty about the cause of her dog's death, more research needs to be done before veterinarians can definitively say whether a dog's cancer was caused by secondhand smoke or something else, said Dr. Liz Rozanski, whose research at Tufts College focuses on respiratory function in small animals.

Worthington, 52, of Brooklyn, New York, said she was a teenager when she started smoking and she had always smoked around Tigger, who was 8 when he died in 2004. A year later, Worthington, her mom and sister all quit in honor of the bichon frise.

Then, in 2007, Worthington's mom died while suffering from cancer.

"Cigarettes took my mother," she said. "And they took my dog."

Pets aren't mentioned in this year's surgeon general's report, but in 2006, it said secondhand smoke puts animals at risk. The Legacy Foundation, the nation's largest nonprofit public health charity, encouraged smokers to quit for the sake of their pets, and the American Society for the Prevention of Cruelty to Animals urged making homes with pets smoke-free.

It's even more important to safeguard cats, which are more susceptible to tobacco smoke than dogs.

Lymphoma is one of the leading causes of feline death. The Tufts research showed that repeated exposure to smoke doubled a cat's chances of getting the cancer and living with a smoker for more than five years increased the risk fourfold. It can also cause a fatal mouth cancer.

Tobacco companies acknowledge the risks of smoking in people but haven't taken the same stance with dogs and cats. Philip Morris USA says on its website that it believes cigarettes cause diseases and aggravates others in non-smokers and that the problems warrant warnings.

But "we haven't taken a stand on the potential impact on pets," said David Sylvia, a spokesman for Altria Group Inc., the parent company of Philip Morris.

Symptoms of cancer in animals include coughing, trouble eating or breathing, drooling, weight loss, vomiting, nasal discharge, bleeding and sneezing. Cancer kills more dogs and cats than any other disease, according to Denver-based Morris Animal Foundation, which has been funding pet cancer research since 1962.

In addition, the recent surge in the use of electronic cigarettes has raised questions about their impact on pets. The greatest danger is the trash, where dogs can find nicotine cartridges from e-cigarettes, said Rozanski, the Tufts veterinarian.

"You wouldn't think dogs would eat such things, but they do," she said.