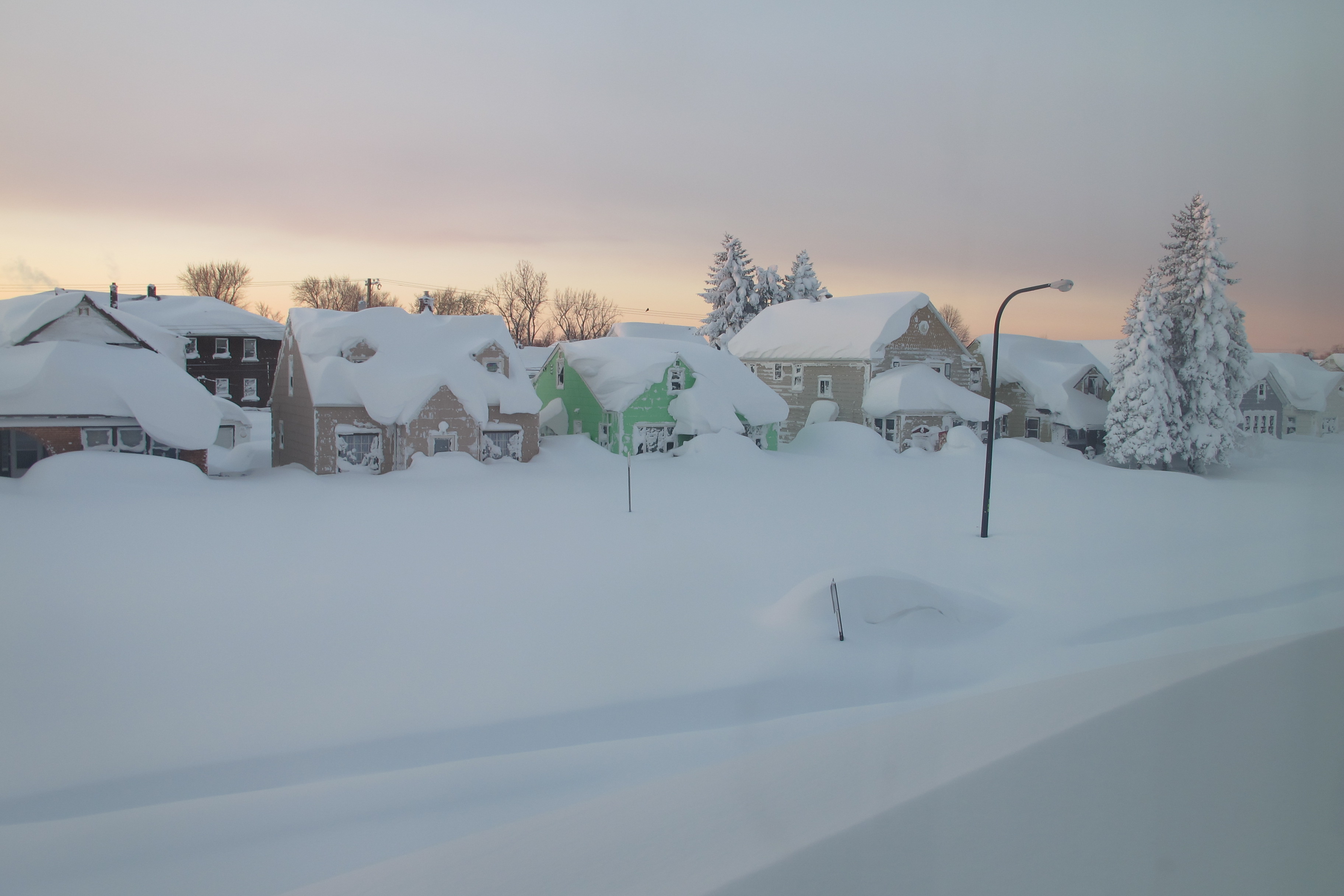 The second round of a monster lake-effect snow storm intensified overnight, with winds blowing at 25 mph and thunder-snow lighting up the sky of downtown Buffalo, New York. That's on top of up to five feet that fell Tuesday and Wednesday. The storm is now blamed for at least eight deaths.

The storm comes just as the asphalt and concrete began to reemerge in Buffalo. Western New Yorkers are used to early season snow storms, but with accumulation totals expected to reach eight feet by Friday, this system is one for the record books.

"This snowfall is going to break all sorts of records and that's saying something in western New York and in Buffalo," Gov. Andrew Cuomo said. "It's going to get worse before it gets better."

On Wednesday, snow removal crews and residents enjoyed a short break from the falling flakes -- enough time to try and clear roads and dig people out of their homes and cars.

"Ahh, it never ends. Welcome to Buffalo," one resident said.

Because of the blinding snow, most roads were impassable. One couple was unable to make it to a hospital, so their baby was born Tuesday at a nearby fire house with the help of a labor nurse who happened to be stranded in her car close by.

"Here we are in the snow tundra of Buffalo, New York. Mario Williams, David Kern, two of my buddies digging me out of this snow storm!" former Buffalo Bills quarterback Jim Kelly said.

The Bills could sure use Kelly and friends in the coming days. Their home, Ralph Wilson Stadium, in Orchard Park, looks more like a tub of Cool Whip than a football field. They play the New York Jets on Sunday and need to move over 220,000 tons of snow before game day.

The national guard has been deployed around the city blocking cars from going down streets. Officials are telling everyone to stay off roads.