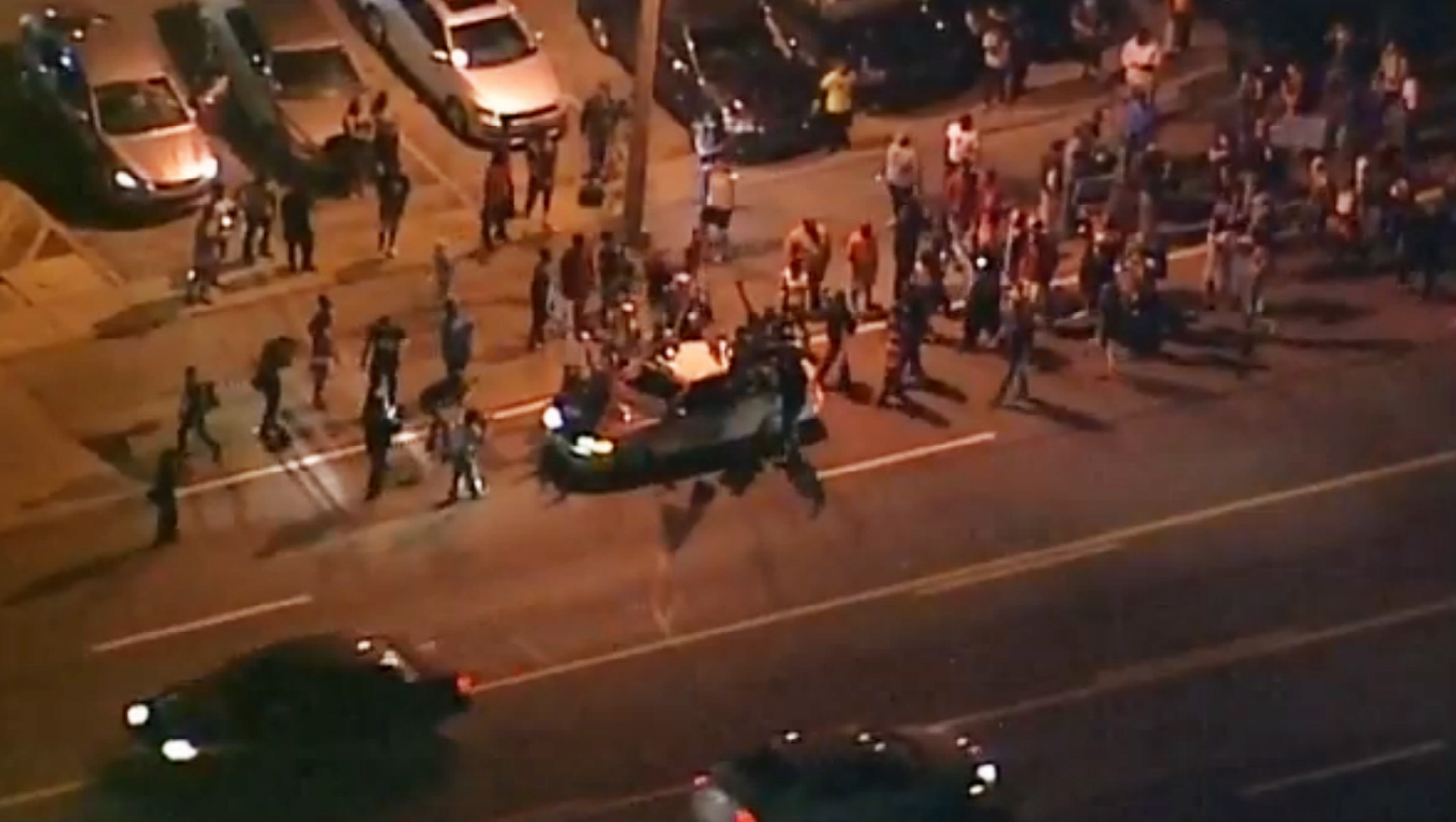 FERGUSON, Mo. - Ferguson was a community on edge again Monday, a day after a protest marking the anniversary of Michael Brown's death was punctuated with gunshots and police critically wounded a black 18-year-old accused of opening fire on officers.

Late Monday nightcrowds gathered and marched in the streets, with some minor scuffles taking place with police. After 11 p.m., dozens of police officers were in a faceoff with crowds.

Police, protesters and people who live and work in the St. Louis suburb had been bracing for what another night of demonstrations along West Florissant Avenue might bring. The thoroughfare was the site of massive protests and rioting after Brown was fatally shot last year in a confrontation with a white Ferguson officer.

"Of course I'm worried," said Sandy Sansevere, a retired health care worker who volunteers at the retail store operated by the nonprofit group I Love Ferguson, which was formed after Brown's death to promote the community. "What scares me are the guns."

The effect has been put in place in response to a night of violence on the anniversary of the fatal shooting of an unarmed black man by a white police officer. Even though the officer Darren Wilson was cleared by a grand jury and the U.S. Department of Justice, the name "Ferguson" remains a rallying cry.