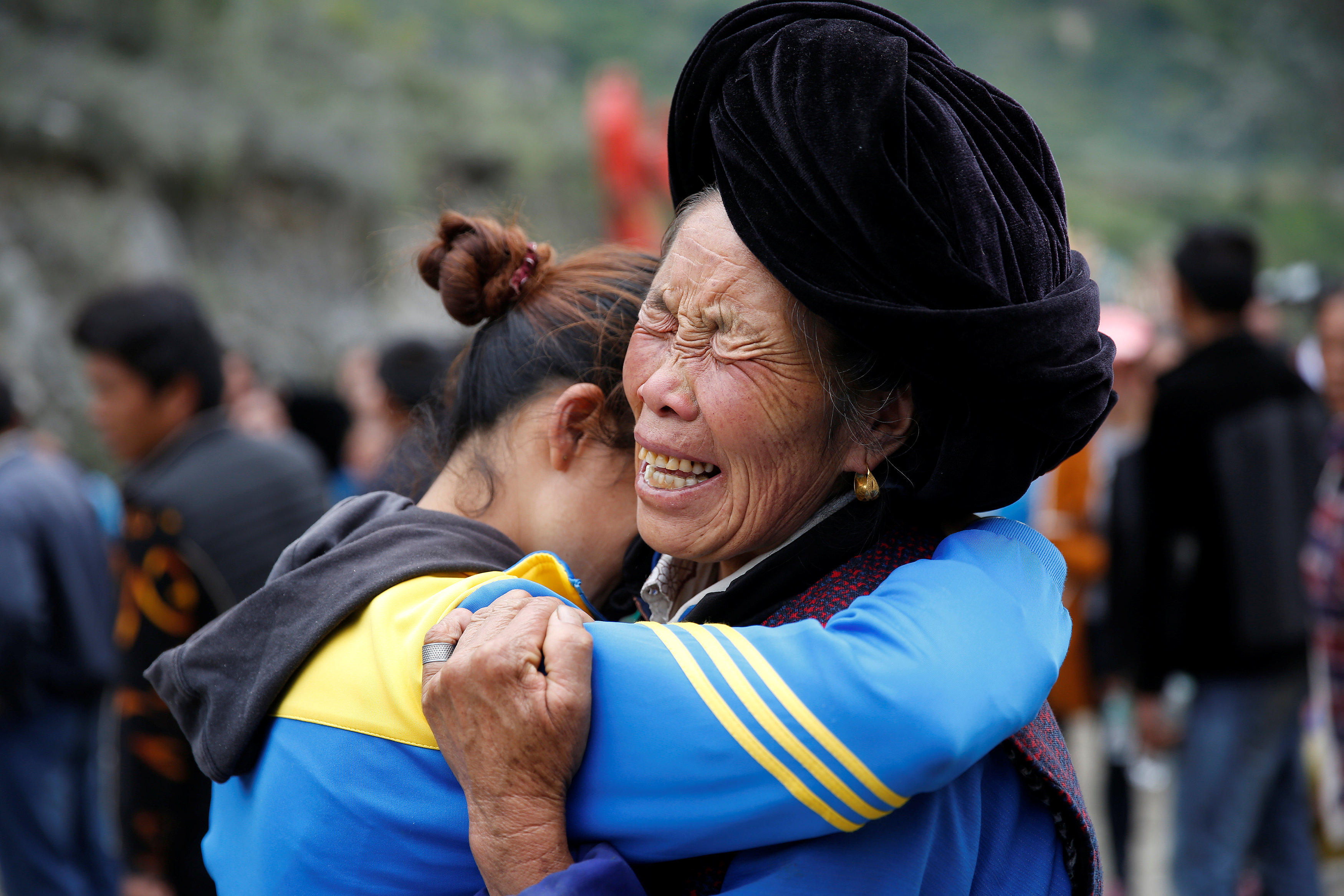 BEIJING -- A second landslide has struck the village in southwest China where rescue workers have been looking for nearly 100 people buried over the weekend by a massive wave of rocks and debris.

Chinese state radio says the latest landslide struck the village of Xinmo in Sichuan province at around 11 a.m. Tuesday.

Government teams were ordered to evacuate the site on Monday after radar detected shifts in the mountain, signaling another imminent collapse.

While no further casualties were reported, the second landslide sets back rescue teams searching for 93 people missing since early Saturday, when rugged mountains flanking the village gave way and buried its roughly 100 residents.

Before rescue work stopped Monday, 10 bodies had been recovered and only 3 people had been rescued.