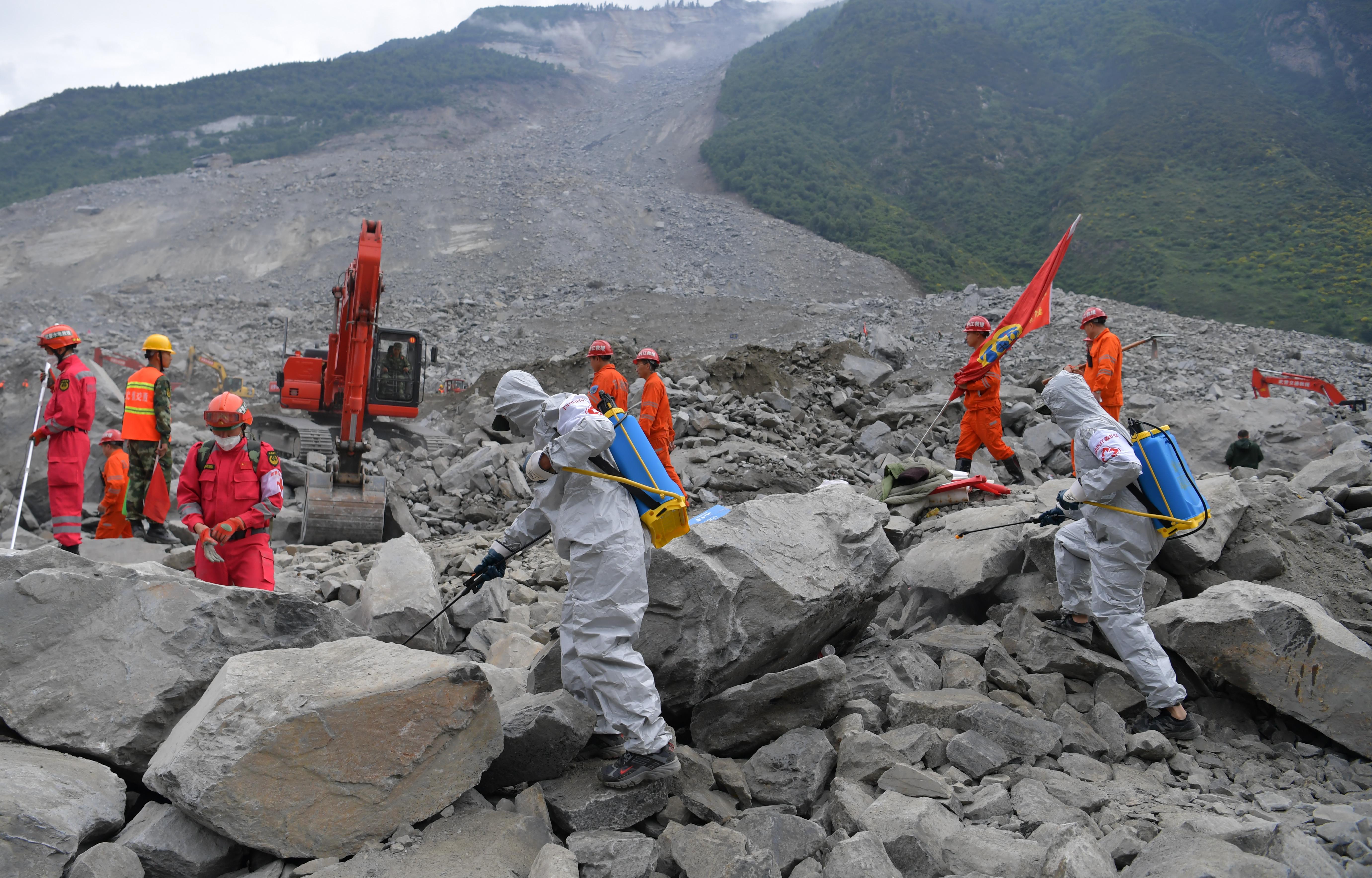 BEIJING -- Rescue crews were ordered on Monday to evacuate the site of a deadly landslide in southwestern China over concerns of a second landslide, the official Xinhua News Agency reported.

The order was issued after radar detected shifts in the ground where the mountains collapsed early Saturday, Xinhua said. It wasn't clear if the rescue efforts had been suspended.

The massive landslide buried the entire village of Xinmo in a mountainous region of Sichuan province. Ten bodies have been found, and 93 people remain missing. A couple and their month-old infant are the only ones rescued so far.

Experts say the mountains flanking the village of more than 100 residents are structurally damaged and prone to landslides after two major earthquakes, including a magnitude 7.9 quake that killed nearly 90,000 people in 2008 in Wenchuan, 25 miles away.

Saturday's landslide carried an estimated 636 million cubic feet of earth and rock -- equivalent to more than 7,200 Olympic-sized swimming pools -- when it slid down from steep mountains. Some of it fell from as high as 1 mile.