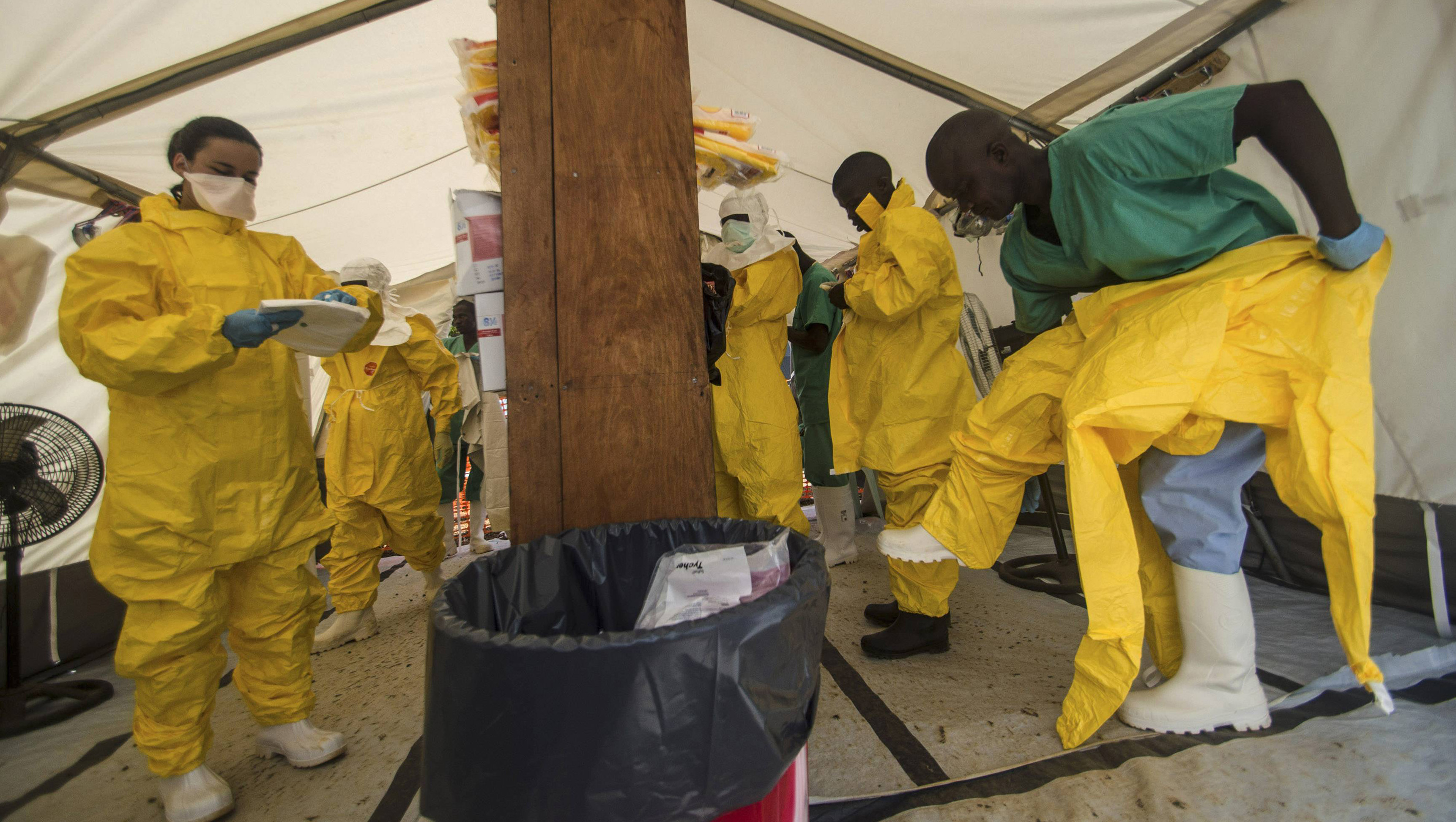 A second doctor working on the front lines of Sierra Leone's fight against Ebola has died after contracting the virus. Published reports say Dr. Modupeh Cole passed away on Wednesday at a treatment center managed by Doctors Without Borders, an international organization that provides emergency medical aid. Health officials said the doctor became ill after treating a patient at Connaught Hospital, the leading facility in the capital of Freetown, where he worked.

The Ebola outbreak so far has killed more than 1,000 people in West Africa. As the virus continues to spread at rapid fire, health care workers are especially vulnerable to exposure. Ebola is spread through contact with bodily fluids such as sweat, saliva, blood and urine.

Also on Wednesday, the U.S. State Department ordered family members of U.S. Embassy staff there to return home. It said the decision was made "out of an abundance of caution, following the determination by the Department's Medical Office that there is a lack of options for routine health care services at major medical facilities due to the Ebola outbreak."

The World Health Organization reported earlier this week that more than 170 health care workers have been infected and 81 have died as a result of contact with Ebola patients. Two American missionaries who were working at a health care facility in Liberia are among those infected. Currently, both Dr. Kent Brantly and Nancy Writebol are receiving treatment at Emory University Hospital in Atlanta.

Doctors and officials at medical facilities and clinics located in Nigeria, Sierra Leone and Guinea -- where the outbreak is concentrated -- say they are overwhelmed and unable to keep up with the needs of the growing number of patients. Health care providers do not have enough protective gear, disinfectants and other supplies needed to stay safe. Additionally, many of the emergency and ad hoc medical sites have limited room, which often means patients are not sufficiently quarantined.

Last week, Doctors Without Borders, also known as Medecins sans Frontieres (MSF), announced on their website that they plan to increase the number of beds available at the medical facility where Cole died. As of Friday, the organization said they currently have 60 Ebola patients at the center and were admitting five to 10 new patients each day. Nine patients were discharged from the medical center on Aug. 4 after making a full recovery from the virus.