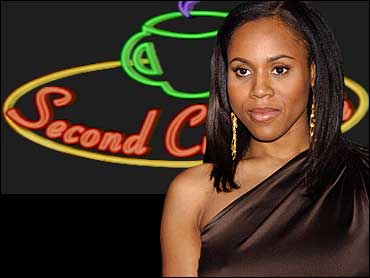 Deborah Cox is the latest recording artist to grace the Broadway stage in "Aida," Elton John and Tim Rice's crowd-pleaser of a musical based on the ancient Egyptian story of love.

The R&B singer came to The Early Show's Second Cup Café to perform three of the most popular songs from "Aida." Co-star Will Chase joined Cox for a duet.

"Aida," a winner of four 2000 Tony Awards, tells the story of a forbidden love triangle among Aida (Cox), a Nubian princess forced into captivity; Amneris, an Egyptian princess, and Radames (Chase), the soldier they both love. Previous "Aida" performers who have headlined the Broadway musical were singers Michelle Williams of Destiny's Child, and Heather Headley.

Discovered by famed music producer Clive Davis, Cox released her self-titled debut album in 1995, which went gold with the hits "Sentimental," "Who Do U Love" and "The Sound of My Tears."

In 1998, Cox found continued success and her first platinum album with "One Wish," which contained hit-singles "We Can't Be Friends" and the double platinum "Nobody's Supposed to Be Here." The single topped the billboard R&B charts for 14 consecutive weeks, making it the longest-running No. 1 song in R&B chart history. "Nobody's Supposed to Be Here" was later re-mixed to a club-hit.

Office Romance on the Rise

Cox has had eight No. 1 Billboard Club records over the course of her career, including her remake of Phil Collins' "Something Happened on the Way to Heaven."

The singer released her third album, "The Morning After," on J Records in 2002.

In 2000, Cox started her acting career and starred in her first feature film, the Canadian drama, "Love Come Down," a tale of two brothers in their early 20s, one black, one white. Cox played singer 'Niko' who helps a struggling comedian (Larenz Tate). In the same year, Cox had a recurring role as police detective on the CBS series "Nash Bridges" (starring Don Johnson and Cheech Marin).