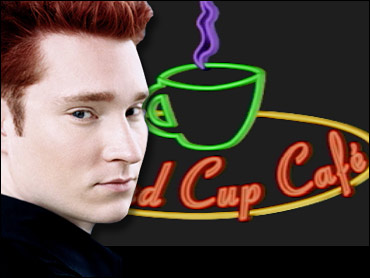 Casey Stratton sang from his debut album, "Standing at the Edge," this weekend in The Saturday Early Show's Second Cup Cafe. Stratton, 26, has an alto voice that has been compared in vocal quality to Tori Amos and Sarah McLachlan.

"Standing at the Edge" brings Stratton together with top producer Patrick Leonard, who has also produced Madonna, Elton John and Jewel. Stratton wrote all of the songs on the album except for one song that he wrote with Leonard.

Stratton, who has compared writing songs to keeping a journal, has packed a lot of music into his life. His father played in a band in Michigan, and Stratton says he remembers begging to sing as a child during the band's rehearsals. Violin lessons began at the age of 8, followed quickly by the cello at 10, the piano at 11, and the guitar at 16.

It was through his lessons on the piano that Stratton discovered a passion for writing songs and singing them. After graduating from Michigan's Interlochen Arts Academy, with training in voice and composition, the budding artist left Michigan for Los Angeles. Music Connection Magazine voted Stratton one of the "Top 100 Artists of the Future - 2002."

Stratton's lyrics draw on contemporary singer/songwriter tradition, as well as a wide range of literature, from T. S. Eliot to Joseph Campbell. But his inspiration isn't limited to music and literature: One of the songs included in "Standing at the Edge," "Cellophane," was inspired by Stratton's reaction to a TV evangelist's sermon.