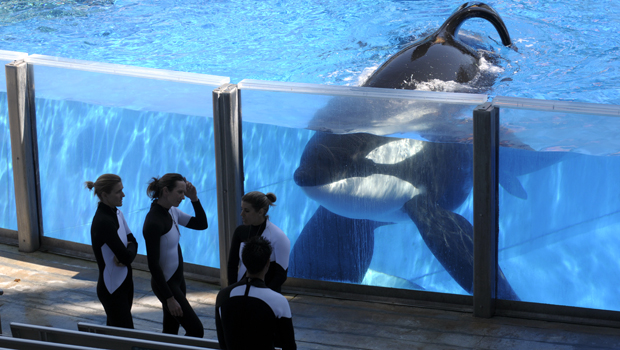 SeaWorld placed full-page advertisements in several national newspapers Friday defending its treatment of animals following a wave of musical acts backing out of performing at the company's park in Orlando, Fla.

The Orlando Sentinel reported that SeaWorld placed the ads in Friday's editions of The New York Times, The Wall Street Journal, USA Today and other newspapers, including the Sentinel, the local newspaper where the company is based.

The ads come after such performers as Martina McBride, Willie Nelson and REO Speedwagon canceled performances scheduled for early 2014 at the Orlando park.

The cancellations came following the October release of a CNN documentary titled "Blackfish." The film focuses on the death of SeaWorld trainer Dawn Brancheau, who was killed by a killer whale named Tilikum at the park nearly four years ago. SeaWorld's ad doesn't mention the film.

"That ended up getting more coverage and became a story of its own, and, accordingly, what we wanted to do is to make sure that some of the misconceptions that were floating around related to that coverage were put to bed," Atchison told the paper.

In its ad, SeaWorld says it has invested $70 million in its killer whale habitats in the last three years. Brancheau died in February 2010.