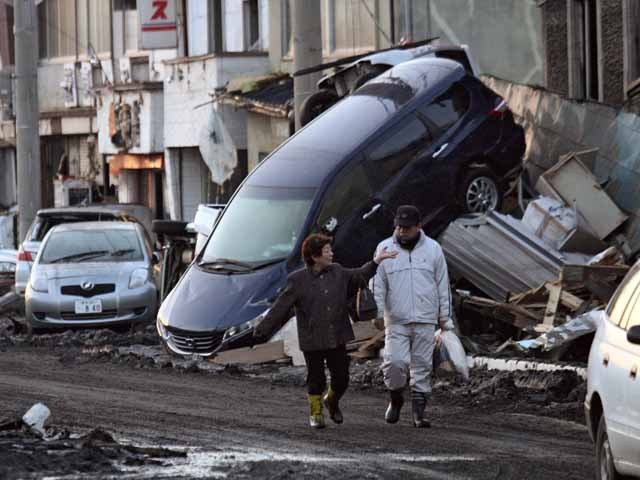 Residents of Miyako, Ofunato and Kamaishi, who saw their sea barricades all fail might also wonder what they got in return for their tax dollars. One of the early takeaways in the aftermath of Japan's devastating tsunami was the evidence of the inability of seawalls to hold back oceans when waters rose to the dangerous levels witnessed last Friday.

"This is going to force us to rethink our strategy," Kansai University disaster management expert Yoshiaki Kawata told the New York Times. "This kind of hardware just isn't effective."

But is there an alternative? That question has reignited a long-simmering debate over whether seawalls offer real protection against a deadly enemy or simply lull people into a false sense of security.

As more people live along shorelines, the accompanying increase in construction by the water has framed this question in sharp relief. Also to take into account: the decision to build nuclear reactors near the water's edge. For instance, the San Onofre Nuclear Power Plant in southern California was built close to the ocean but protected by a 25 foot seawall based on scientists' best estimates of the potential threat. As long as that threat doesn't break their assumptions, everything should be fine. That's what some in Japan also believed, until recently.

To be sure, last week's 9.0 magnitude quake and resulting tsunami may qualify as the proverbial 1,000 year event some geologists suggest. But it also raises the question about how best to spend scarce public resources. Douglas McIntyre has a good post on the topic, where he notes the no-win decision facing Japan (and perhaps other nations as well): Spend money you don't have to appease public pressure or "ride out the outrage and gamble that a similar earthquake is centuries away?"

It's a question with no easy answer.