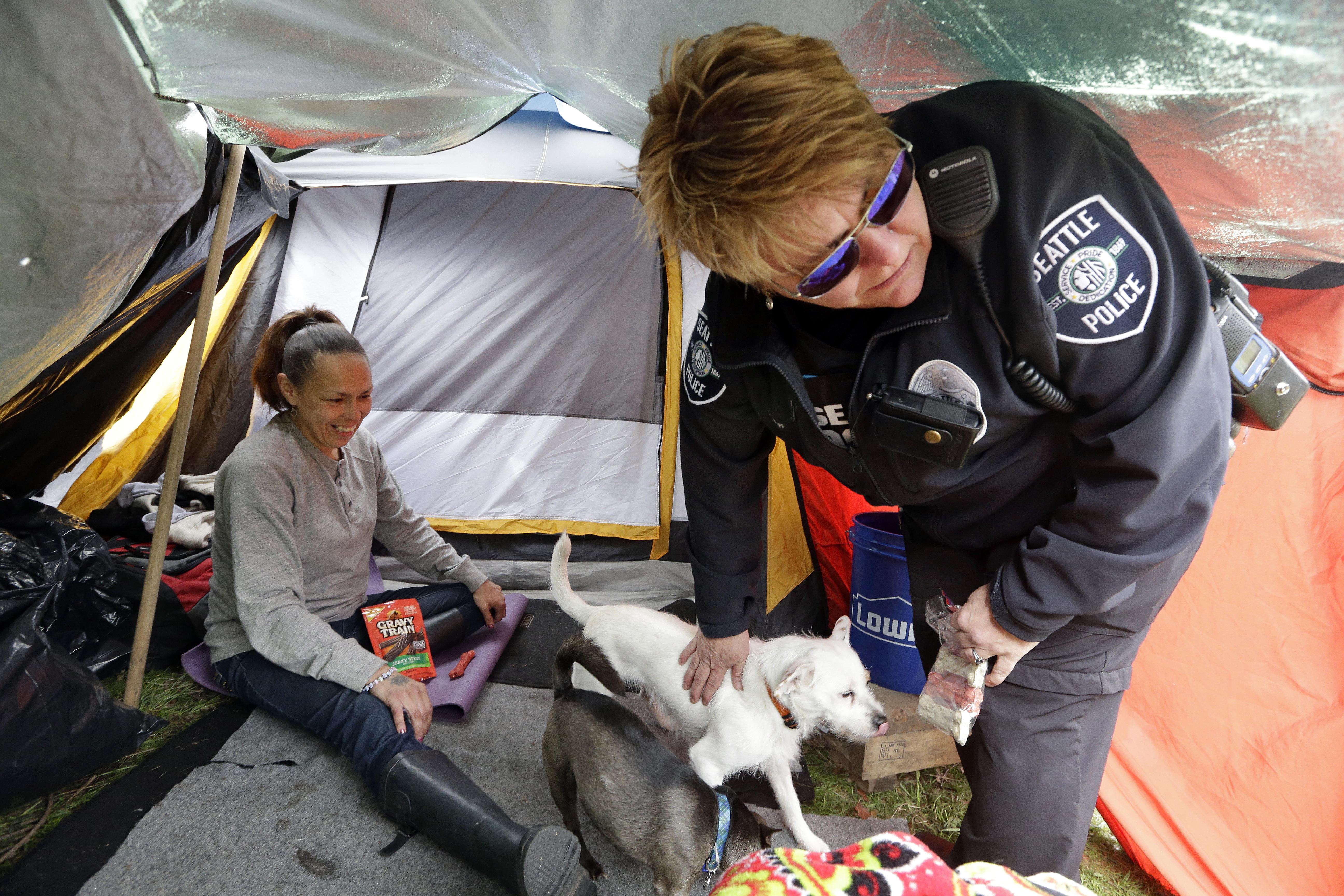 SEATTLE -- Seattle Mayor Ed Murray has scrapped a multimillion-dollar proposed city property tax hike to combat homelessness in favor of pursuing a county sales tax increase to pay for services in the region.

Murray and King County Executive Dow Constantine announced Monday that they would put a ballot measure to King County voters in 2018 that would raise the county sales tax by 0.1 percent to fight homelessness.

Seattle and King County rank third among 50 major cities and counties in the number of people experiencing homelessness -- nearly 11,000 people, according to a November 2016 report by the U.S. Department of Housing and Urban Development. The region was behind New York and the Los Angeles area.

The number of people living on the streets in Seattle and the county has also increased in recent years with as many as 4,500 people living outside in 2016, according to an annual one-night count. In late 2015, Murray and Constantine both declared states of emergencies as the homeless problem grew.

After the mayor pitched the proposed property-tax measure, some balked, saying the city already spends millions to combat homelessness, and things appear to have gotten worse, not better. Some say the higher tax bills are pricing out working- and middle-class families. Others are demanding accountability.

Murray said postponing a vote until next year would give the city and county more time to make headway on reforming their homeless-services systems.

A 0.1 percent bump in the county sales tax would generate about $68 million in revenues in the first year, raising hundreds of millions of dollars over seven years. By state law, the levy would sunset after seven years if it’s not renewed. A joint county-city task force will determine how the money would be spent.

In late February, Murray pitched the idea of a Seattle property-tax hike as a way to raise $55 million a year in new taxes to fight homelessness. Campaign backers have collected thousands of signatures in the past couple of weeks with the goal of putting that citizens’ initiative to Seattle voters in August.

But Murray said he and others were pulling that initial proposal in favor of a coordinated countywide effort that could raise millions more and recognizes that the problem of homelessness is a regional one.

“I’m convinced that being bolder, going bigger and acting regionally is the only credible response to this growing crisis,” Murray said at a news conference. He noted that the crisis has roots in many issues, including mental health issues, skyrocketing rents, drug addiction and other problems.

“We know homelessness is an emergency not contained in Seattle. We know that acting collectively must mean acting regionally,” he added.

“We’re doing well with what we have. But it is simply not enough,” Constantine said. “Homelessness is not normal. It’s not inevitable. And it cannot be acceptable.”

King is the largest county in Washington state with nearly 2.2 million people. It encompasses Seattle and 38 other smaller cities.

Sales tax in the county varies depending on the location of the sale. The total sales tax rate in Seattle is currently at 10.1 percent.