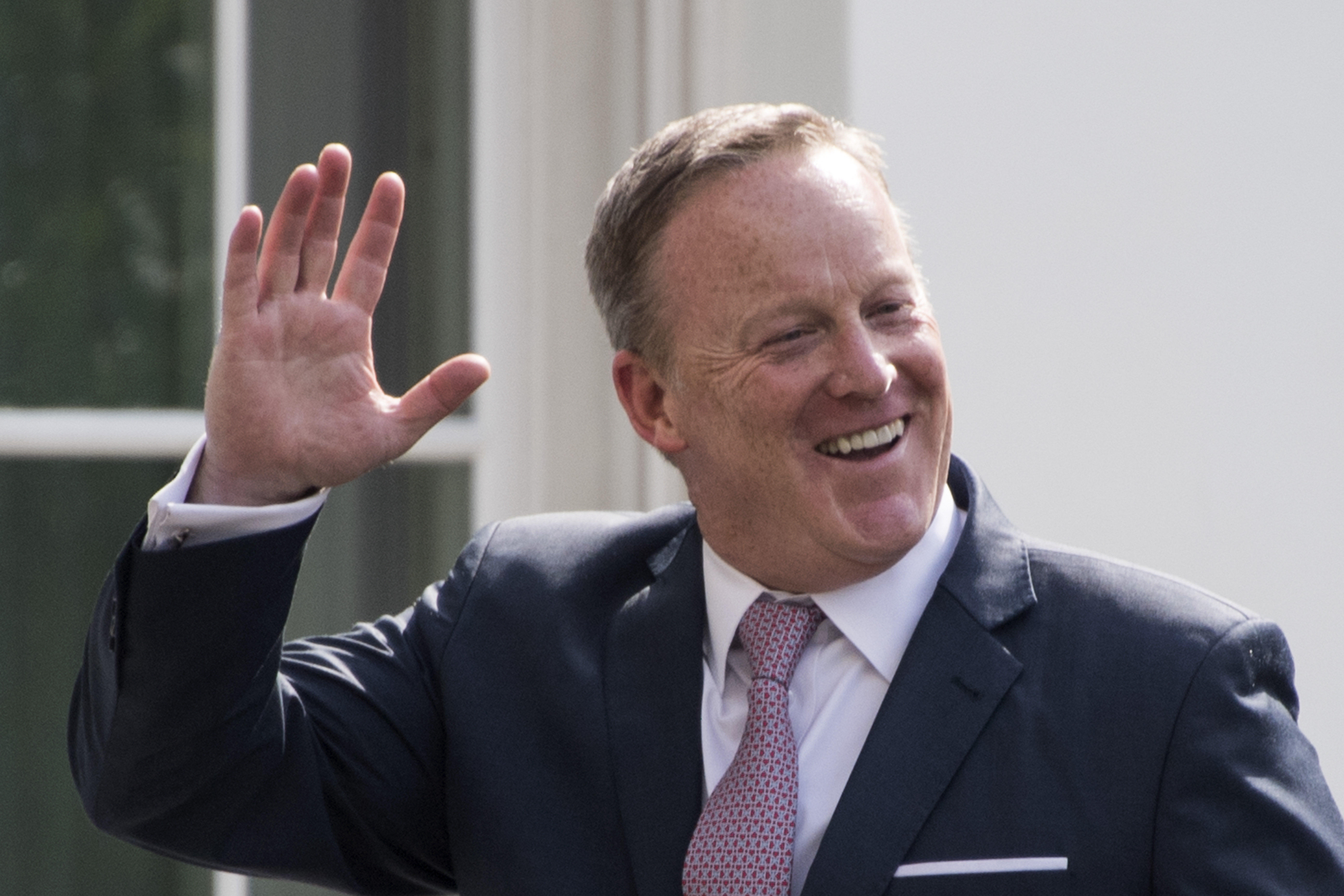 Former White House press secretary Sean Spicer is working on a television interview show in which he banters with guests about a variety of topics. A spokesman for TV syndication company Debmar-Mercury said Monday that a pilot episode of the series, titled "Sean Spicer's Common Ground," is in the works.

No other details about the episode were released. The plans were first reported by The New York Times.

The Times reported the show would feature Spicer interviewing public figures and have respectful conversations on topics ranging from the media to sports to marriage. Spicer confirmed to the Times that a show was in process, saying "In this current environment, I think it's important to have a platform where we can have civil, respectful, and informative discussions on the issues of the day."

He added, "Maybe if I can be part of having productive conversations with people, we can show a better way."

Avenatti wrote on Twitter that he declined the offer, while knocking Spicer on his notorious press briefing gaffe where he claimed that Mr. Trump's inauguration had attracted "the largest audience to ever witness the inauguration."