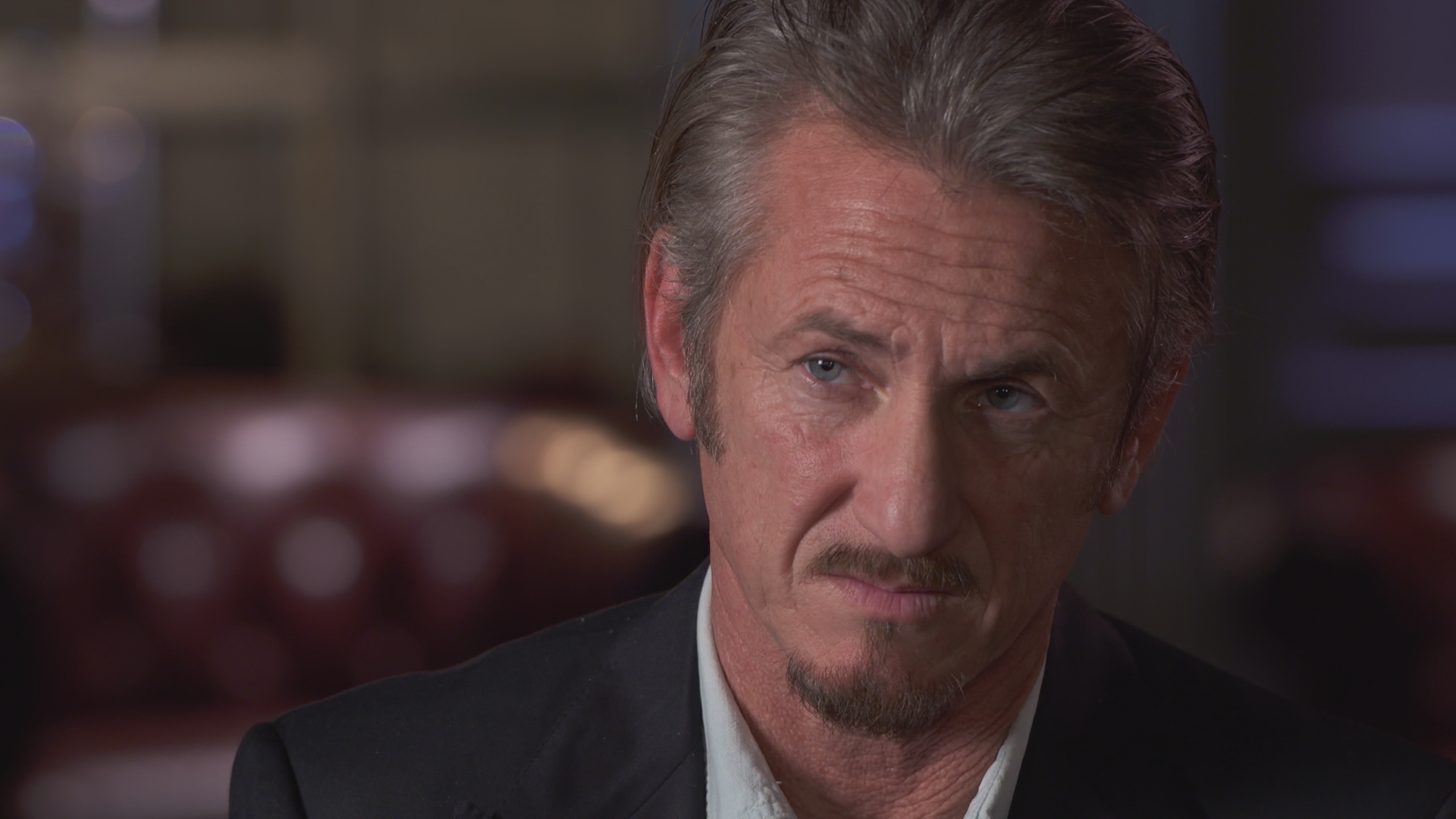 On screen, Sean Penn has played countless roles -- a surfer, murderer, jazz guitarist and gay activist among them. But it's his off-screen activities that sometimes land him in trouble.

This week on 60 Minutes, Charlie Rose interviews Penn about the actor's latest escapade -- a secret interview with fugitive drug lord Joaquín Guzmán, also known as El Chapo, in a Mexican hide-out in October. The resulting article appeared in Rolling Stone last week, the day after El Chapo was recaptured, and prompted a spate of criticism about how and why the actor chose to pursue it.

Penn's 60 Minutes interview is an attempt to answer those questions. He tells Rose that focusing too much on a single "bad guy" is a distraction from the broader problem of drug addiction. In the clip above, Rose asks him if he thinks we demonize El Chapo too much.

"To over-demonize any human being is not in our best self-interest," Penn says. "Like it or not, we're married to them. They're of our time. They're affecting us. So like a marriage, you know, you might want a divorce. But you've got to look at this person as a person."

Later in the conversation, Rose asks Penn about the perception that the actor was driven primarily by his ego, his sense of adventure and his desire to score an interview no one else could. Penn says he accepts that people might feel that way.

"And are they right?" Rose asks.

But this isn't the first time Penn was forced to defend his involvement in international politics -- or the first time 60 Minutes has interviewed him about it. 60 Minutes Overtime unearthed two earlier interviews with Sean Penn, excerpts of which appear below.

In 2002, Penn visited Iraq months before the U.S.-led coalition invaded. While he blasted Saddam Hussein's regime, he also took out full-page ads in major U.S. newspapers imploring the Bush administration to give the UN inspectors more time to discover any weapons of mass destruction or whether there was any immediate threat to the United States.

The following year, Charlie Rose profiled Penn for 60 Minutes II, and asked him about the trip and the flak he took for opposing the war.

"I knew the criticisms that were going to come. I knew the rage that was going to come," he told Rose. "There's been a huge attack on, you know, the ownership of patriotism. And, you know, this is one of the things that I'm most concerned about is the way that they've defended this position by making, you know, 'If you speak up, you are anti-American.' Well, that is un-American."

In an earlier interview with 60 Minutes, in 1999, Penn touched on other woes - his brief stint in jail for brawling and reckless driving, and his often tense relationship with the press. Correspondent Steve Kroft was blunt about his first impression of Penn's on-screen persona, telling the actor he seemed "blue collar and bad drunk, not well-educated and totally undisciplined," which Kroft later found untrue.

But Penn took the description in stride. "Yeah, I mean, all of those things sound familiar to me about me," he said, "the negative ones and the positive ones."

In the same interview, Penn took aim at the Golden Globes and Academy Awards after getting snubbed for his film "Hurlyburly." Kroft pointed out that the actor's stance seemed hypocritical -- he acted as if the awards didn't matter, but was angry when he wasn't nominated.

"I want a perfect world. I want to choose all the winners," Penn joked.

Oil and the Shah of Iran | 60 Minutes Archive