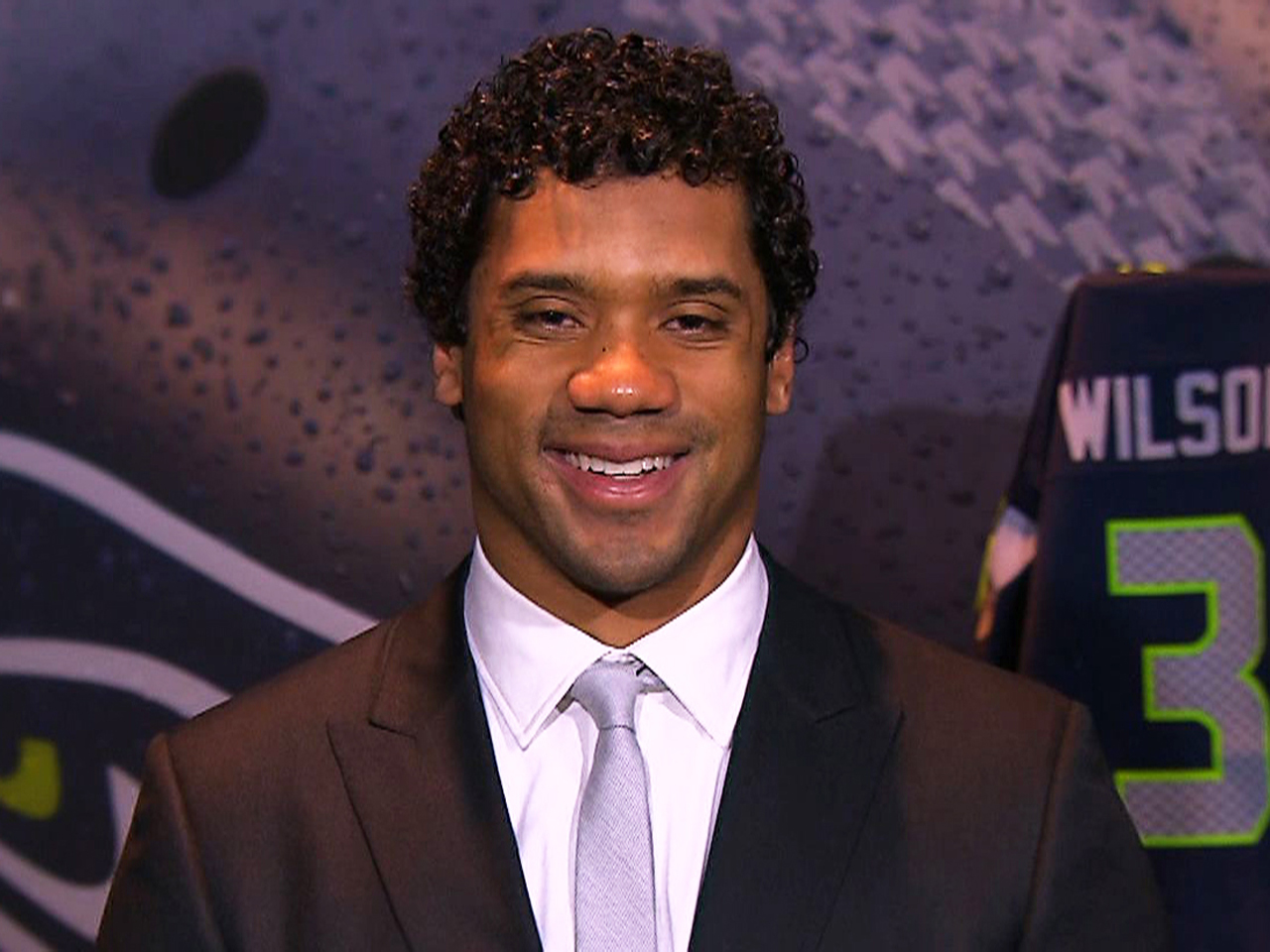 Seattle Seahawks quarterback Russell Wilson threw two touchdown passes in the second half of Super Bowl XLVIII. The young quarterback overcame many obstacles to become a champion over the Denver Broncos. The third-round draft pick was called too short -- at 5'11''-- to be a quarterback and too young at just 25 years old.

Wilson, asked how he's dealt with the adversity, said on "CBS This Morning" it's through his faith.

"God's given me so much talent and my height doesn't define my skill set," Wilson said. "I believe that God has given me a right arm and for some reason even though I'm 5'11" to be able to make the throws and make great decisions on the field and all that.

"I think to be a great quarterback, you have to have a great leadership, great attention to detail, and a relentless competitive nature," Wilson added. "And that's what I try to bring to the table and I have a long way to go. I'm still learning and I'm still on a constant quest for knowledge."

Wilson said he was most surprised by "how great" the Seahawks played in the Super Bowl.

"Our defense. Our offense. Special teams were great and our fans were unbelievable in MetLife Stadium last night," Wilson said. "It's a team effort, and that's what we've been wanting to do. You want to play your best football at the end of the year, and that's what we did."

Turning to Broncos quarterback Peyton Manning, Wilson said he spoke to him after the game, telling him it was an honor to face-off in the game.

Wilson added it was all ironic because when he was in tenth grade, he was part of Manning's football camp. Wilson said, "He was my coach, so to be around him, you know, and to watch his legacy and all the things he's done really is a tremendous honor."

Turning to preparations for the big game, Wilson said they have been preparing all season for the Super Bowl.

"We lost a tough, tough game last season in the playoffs to Atlanta and we kind of just said, 'Hey, everything we do has got to be championship caliber," he said. "We have to have a championship off-season. Have a 1-and-0 mindset and just go after it every day. And that's what we did."

Head Coach Pete Carroll, Wilson said, went into halftime, telling the team to "bring it" and have "an unbelievable second half." Wilson added, "Sure enough, we came out strong. Percy Harvin with the kickoff return, he was electric. We even played better in the second half. We just kept playing better and better and better as the game went on."