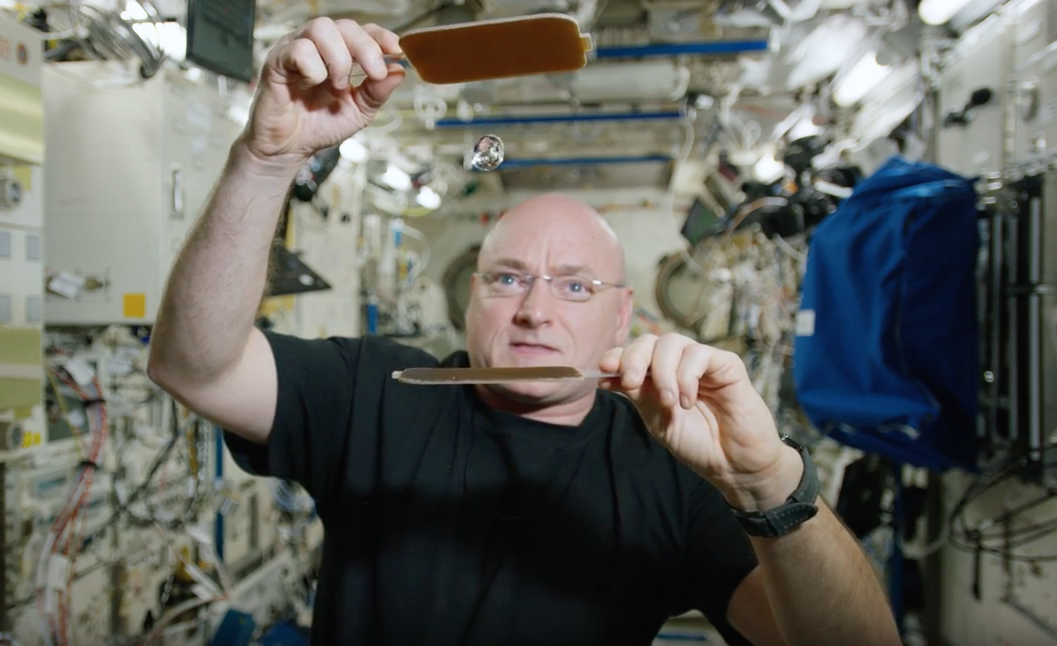 Beaming down from the International Space Station, NASA astronaut Scott Kelly showed off how to play ping pong in space -- using a ball of water. In new YouTube video, Kelly marked his 300th consecutive day in orbit by giving Earth-bound viewers yet another glimpse at an unexpected aspect of a life in microgravity.

"I wanted to do a little demonstration of these paddles," Kelly said. "They repel water -- kind of like a raincoat. Up here on the space station they allow you to play ping pong with a ball of water. And it's pretty cool."

Kelly then takes the hydrophobic paddles, passing the water slowly back and forth.