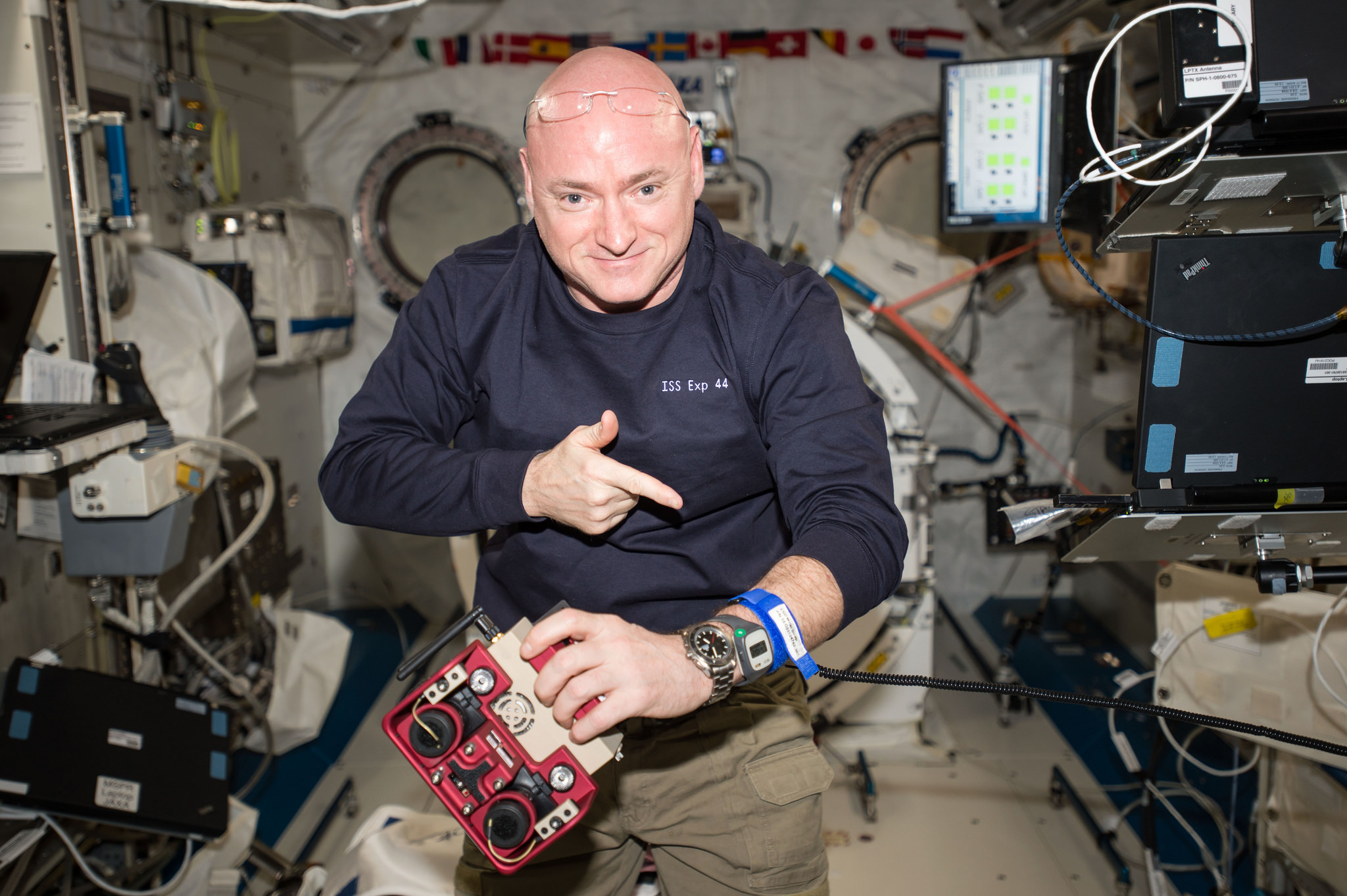 After living on the International Space Station for 340 days, astronaut Scott Kelly says it was easier to spend nearly a year in space than to get used to gravity again back on Earth.

Kelly is still getting used to walking on Earth again. The soreness is just one of the effects of spending nearly a year in zero gravity, reports CBS news correspondent Manuel Bojorquez.

“Yeah, my legs are not feeling good,” Kelly said. “My legs are a little swollen still from the fluid that shifts up to our heads and space gets now pushed back down on my legs. “

But that wasn’t the toughest part of the experience.

“I think it’s, you know for me, it’s being away from your loved ones, your friends, your family,” Kelly said. “A year is not short, but it was very rewarding, it was enjoyable, it was something that I feel privileged to having got to do.”

NASA is testing the effects of long duration in space travel on the human body for a future mission to Mars, and Kelly came with a huge bonus - an identical twin, astronaut Mark Kelly, who could be studied on Earth to highlight how the time in space impacted Scott. For example, when he landed, Scott was taller than his brother.

This was his fourth time in space. Kelly said he expects differences between him and his brother because this trip was much longer than his previous flight of 159 days.

But while he wasn’t busy with more than 400 experiments, Kelly had fun.

At one point, he floated around in a gorilla costume - all, he says, for a more personal mission to inspire the next generation of space pioneers.

“I think it’s part of our job, our responsibility to do that as the public face of NASA,” Kelly said. “And anything we can do to get them excited about studying science, math, engineering, technology is something we should be doing.”

Kelly posted more than 700 stunning images on social media. The view struck him too, and Kelly said the year in space has impacted him beyond the physical differences.

“I’m normally more of like the tough fighter pilot kind of guy, but... I think I’m a little more compassionate now,” Kelly said. “I think it does change you when you spend all this time removed and detached from Earth. And you follow what’s going on on Earth, and mostly what the news reports is not good stuff... we should be doing better. We can do better. We’ve got this great planet down there. Let’s take care of it and let’s do a better job.”

Kelly also said the one thing he thoroughly enjoys is being able to sit down at a table to eat without worrying about his glass and fork floating away.