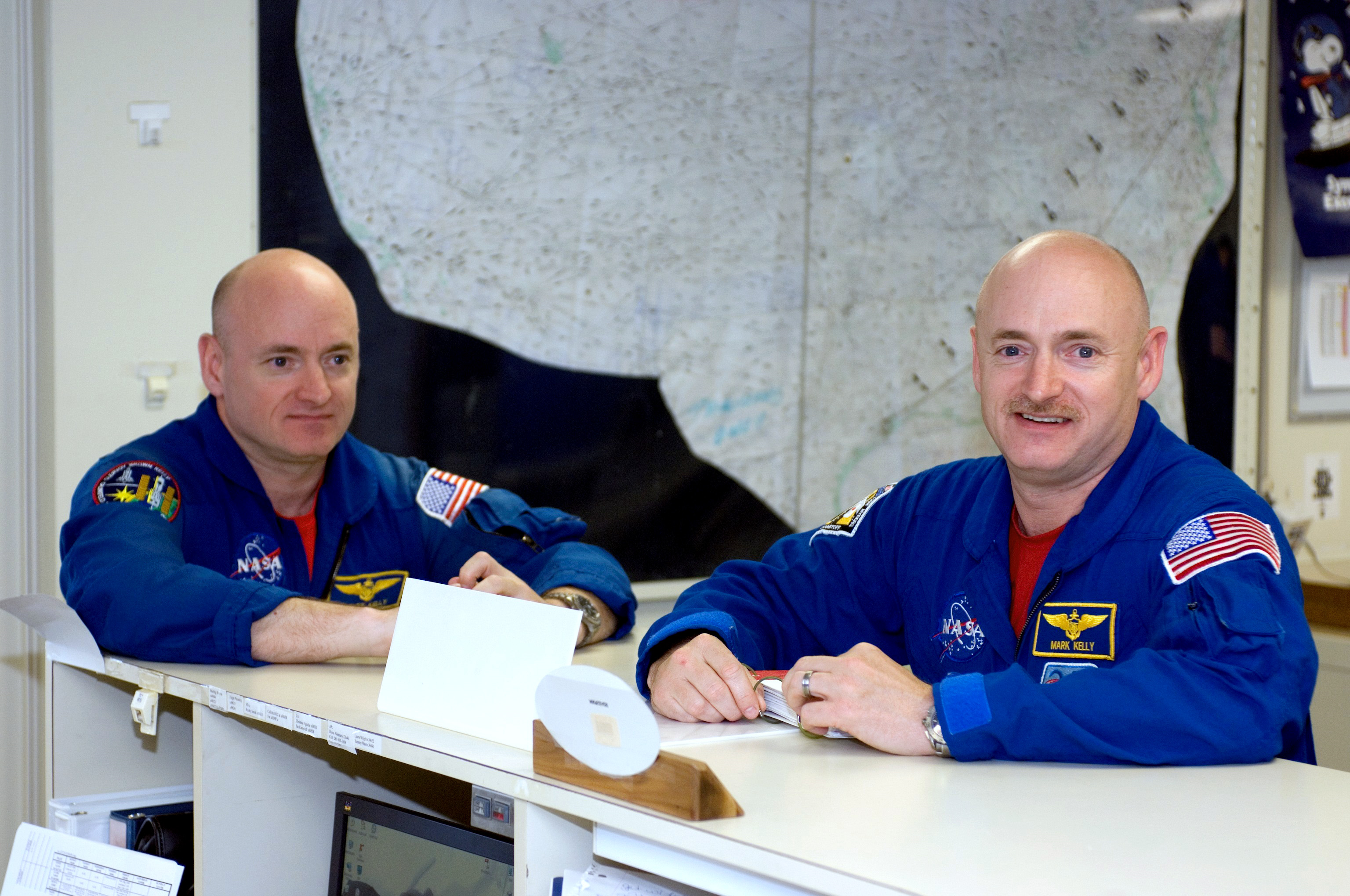 There are 2.25 million sets of twins living in the U.S., but there is exactly one pair of identical twin astronauts -- Mark and Scott Kelly.

As NASA looks toward an eventual three-year-long round-trip to Mars, the Kelly brothers have become key to figuring out how to prepare for and protect the human body during lengthy trips in space, reports CBS News correspondent Don Dahler.

Scott Kelly will be conducting numerous experiments with a rotating crew of astronauts on the International Space Station, but his primary mission during the arduous year-long assignment is to study the challenges long-term exposure to the extremes of space have on humans.

"People do really well on space missions, but it's the physiological, the medical stuff, the stuff like radiation, loss of bone mass and muscle mass and density," Scott said. "It's those things that we need to figure out."

Mark, Scott's twin brother, will also take part in figuring it out -- but back here on Earth.

"I'm in the laboratory on Earth," Mark said. "I'm in the MRI machine tomorrow for like four hours I think."

Genetically, the brothers are nearly identical, so scientists will be able to measure how Scott and Mark change physically and emotionally as months pass.

"Having Mark as the control subject is really very fortunate. Not only because we're twins, but he's also a former astronaut and NASA has data on him going back to 1995," Scott said.

The human body was made for living in gravity. Strange things happen to the body when we spend long periods of time without gravity. Bones get fragile. The heart weakens. Eyes lose their shape. But that never deterred the former Navy test pilots from dreaming of becoming astronauts.

While both have made previous trips, Mark said Scott holds the record for most time in space.

It was Scott who was orbiting Earth in space when he got word his sister-in-law, Congresswoman Gabrielle Giffords, had been shot.

"The chief of the astronaut office said to me, 'I don't know how to tell you this so I'm just going to tell you. You know, your sister-in-law Gabby was shot at and she's in the hospital and we don't have a whole lot more information,"' Scott said.

"It's one of those other things that make it, it's a significant thing to do," Mark added. "You're not getting in the car or on the airline flying home. That ain't happening."

As part of their newest mission, the brothers will undergo 10 medical and psychological tests each day, from measuring bone density to taking sonograms of their eyes to counting the bacteria in their gut.

"I'll probably feel a little bit older than I am right now. But no, I don't think I'll feel older than [Mark]. I think according to Einstein's theories I'll be a little bit younger," Scott said.

Mark was born just six minutes before Scott but says the best that his brother will be able to do is make up some micro seconds.

The brothers say they've never been competitive with each other, but Mark does admit to a little envy.

"It's a big commitment to go into space for a year, but I'd be lying if I didn't tell you that I wish I was blasted off in a rocket in a couple months," he said.