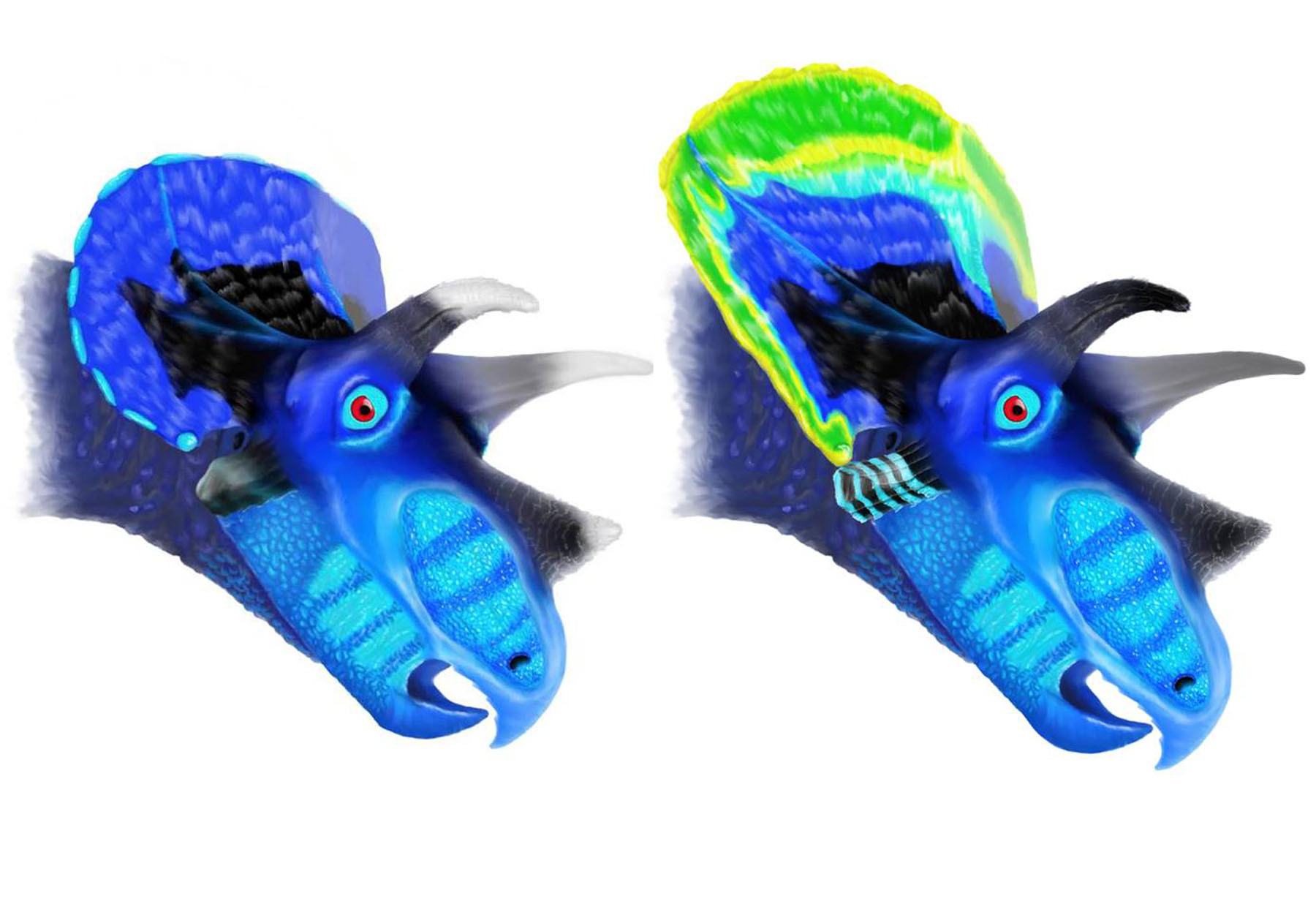 I know - next they'll tell us there's no Santa Claus. But Paleontologists at the Montana State University argue that the Triceratops and his kissing cousin, the Torosaurus, were actually the same dinosaur at different stages of growth. Their findings, published in the Journal of Vertebrate Paleontology, say that this case of mistaken prehistoric identity is quite understandable, given that the skulls of young dinosaurs underwent extensive changes as the animals got older.

"Paleontologists are at a disadvantage because we can't go out into the field and observe a living Triceratops grow up from a baby to an adult," John Scannella, one of the co-authors of the study told the Montana State University news service. "We have to put together the story based on fossils. In order to get the complete story, you need to have a large sample of fossils from many individuals representing different growth stages."

He said that paleontologists were at a disadvantage because of the obvious of any living Triceratops to observe as it grows from a baby into an adult. "We have to put together the story based on fossils. In order to get the complete story, you need to have a large sample of fossils from many individuals representing different growth stages," he said.

Scanella and co-author Jack Horner examined over 50 Triceratops specimens found in the continental United States and their findings upset more than a century of paleontological assumptions. New Scientist, which goes into this controversy in more depth, offers a good plausible explanation, noting that the Triceratops "had three facial horns and a short, thick neck-frill with a saw-toothed edge. Torosaurus also had three horns, though at different angles, and a much longer, thinner, smooth-edged frill with two large holes in it. So it's not surprising that Othniel Marsh, who discovered both in the late 1800s, considered them to be separate species."

This shape-shifting also has implications for the amount of bio-diversity found within the dinosaur populations near the end of the Cretaceous Period and Mesozoic Era, according to Scanella and Horner. "A major decline in diversity may have put the dinosaurs in a vulnerable state at the time when the large meteor struck the Earth at the end of the Cretaceous Period," Scannella said in his interview. "It may have been the combination of the two factors -- lower diversity and a major global catastrophe -- that resulted in the extinction of all the non-avian dinosaurs."