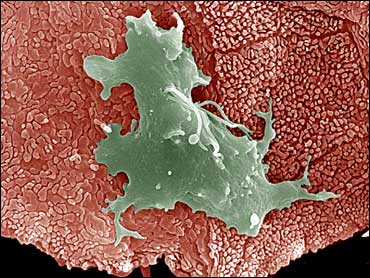 Scientists hope their study of a little-known parasite will lead people to seek treatment for an infection they may not know they have.

The sexually transmitted bug — known as trichomoniasis — infects about 170 million people each year, including 8 million in North America alone. Researchers say the parasite is emerging as a major player in the spread of the AIDS virus around the world.

The bug is easily treated but often goes undiagnosed, which helps it spread and develop resistance to treatment.

Though both men and women can be infected, men usually show no symptoms. In women, the bug can cause pelvic disease and affect pregnancy. It also leads to increased HIV infection among women.

The genome study of the parasite is published in tomorrow's edition of the journal Science.