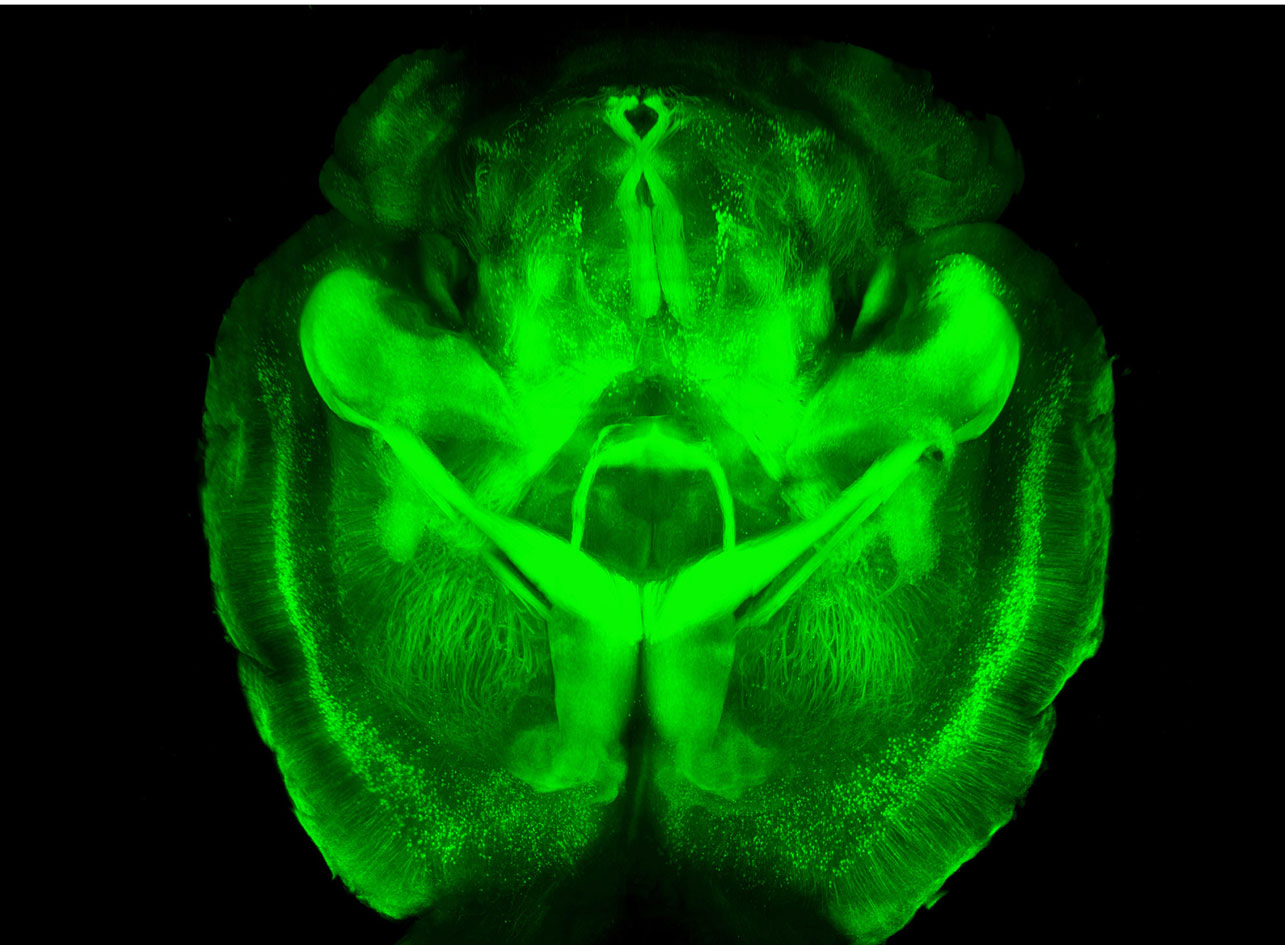 You take the brain out of the mouse, soak it in chemicals for a couple of days, and voila: It becomes transparent.

That's not just a parlor trick. It lets scientists see both anatomical and chemical details in their natural, three-dimensional setting. And how big a deal is that? Listen to these neuroscientists:

"What these guys have done is just stupendous," said Dr. Bernardo Sabatini of Harvard Medical School. "You can just peer into the brain" and get "incredible" images, he said.

Sabatini said he was eager to try it himself, and so did Arthur Toga at the University of California, Los Angeles, who called it "extraordinary ... a great advance."

"It's exactly the technique everyone's been waiting for," said Terry Sejnowski of the Salk Institute, who reckoned it will speed up brain anatomy research by 10 to 100 times.

How do you fight a "guerrilla warfare mosquito"?

Don't bank on heart rate accuracy from your fitness tracker

The advance was reported online Wednesday in the journal Nature by Dr. Karl Deisseroth and co-workers at Stanford. Some other labs are already working to apply the technique outside the brain, such as in breast cancer biopsies, Deisseroth said.

Mouse brains are a mainstay of neuroscience research. Deisseroth's team also showed the technique can work on small pieces of human brain tissue that had been stored for years after being removed from the cadaver of a person with autism. They're now trying the technique on a complete human brain. The technique is a basic tool that should apply to a variety of brain research. It's too soon to know if it might lead to discoveries that could have a benefit for treating diseases like Alzheimer's or schizophrenia.

Deisseroth said the goal was to supplement rather than to replace current methods of studying brain anatomy. Although the new approach can't be used in living animals, it provides more anatomical detail than brain scans like an MRI. Scientists can get fine detail by cutting the brain into very thin slices and studying each one, but experts said it's difficult to reconstruct a three-dimensional understanding of anatomy that way. Even a mouse brain, small enough to fit on a coin, takes hundreds of slices to get through.

Scientists have been able to make brain tissue transparent before, but experts called the new technique much more useful.

To create transparent mouse brains, the Deisseroth team had to remove the fat that provides structure but also blocks light. The first step was to soak the brain in chemicals that would get inside and form a mesh. Once that mesh was in place to support the tissue, the scientists washed out the fat. The result: a see-through brain.

Specialized stains can then make selected structures like brain cells visible and also reveal important chemical data, like the location of particular proteins. The stains can show details of brain circuits and the connections between different areas, as well as details of individual cells.

"If the entire mouse brain is transparent, that makes a very large fraction of neuroscience research much easier," which in turn makes more experiments feasible, said Dr. R. Clay Reid of the Allen Institute for Brain Science in Seattle. "This will make a lot of neuroscientists happy."