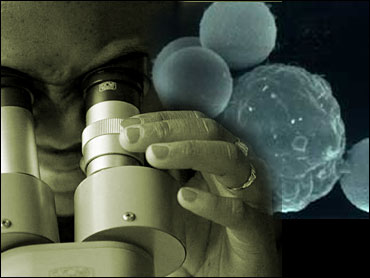 Some scientists are thinking twice about doing or reporting on certain research, reacting to political and social controversy in addition to legal restrictions.

"It appears that controversy shapes what scientists choose to study and how they choose to study it, and we need to look a little bit more closely at the effects it might be having," said Joanna Kempner, a researcher at the University of Michigan.

Kempner and co-authors from Brown University and the University of Pennsylvania conducted in-depth interviews with 41 scientists engaged in a variety of studies. They found that half felt constrained by formal limits, but even more said they were affected by informal or unspoken rules on what and how studies can be done. Their findings are reported in Thursday's issue of the journal Science, in a paper entitled "Forbidden Knowledge."

Formal limits include such things as the ban on federal funding for most research on embryonic stem cells and restrictions on research involving humans.

In many cases, too, scientific journals have their own rules, such as refusing to publish material they think might be detrimental to national security.

But there also are fears about the ire of interest groups, such as opponents of animal testing, or about how a project would be perceived by the public.

While formal and informal restrictions on research are not unusual, Deborah G. Johnson of the University of Virginia said they are not necessarily all bad.

"On the one hand, you want a profession to have norms and to have some standards and some self-regulation. On the other hand, you don't want there to be an environment of fear of repercussions if they do something which they think is legitimate," said Johnson, who has studied similar issues but was not part of Kempner's group.

One researcher, commenting on avoiding controversial work, told Kempner's team: "I would like to lunatic-proof my life as much as possible."

Another reported deciding not to do a study involving offering food vouchers to drug addicts who tested clean.

"That was something that thought they couldn't do," Kempner said in a telephone interview. "One researcher said, 'Can you imagine that as a headline on the front page of the newspaper, that we're paying cocaine addicts to stay clean?"'

Kempner said, "A lot of researchers that we spoke to were risk-averse in terms of avoiding controversy." But, she added, "There were plenty of people who said controversy is a good thing, because it opens up topics to public debate."

Militant animal rights groups were a concern for many, who worried about organizations that have invaded laboratories to set animals loose and destroy research.

Kempner recalled one of her interviews. "All of a sudden he said, 'How do I know you're not from an animal rights organization collecting information to storm the place?"'

Sometimes commercial interests can get in the way of research, Kempner added, saying there are cases when the pharmaceutical industry will ask a researcher not to publish a particular finding.

Another example was a researcher who wanted to study what kind of environments can lead to sexual harassment. "She couldn't find a company that would let her ask those kinds of questions to employees," Kempner said. They didn't want anything that might give one of their workers the idea to sue.

She also cited the case of an alcohol researcher who felt some studies could not be done in this country, for example, a trial on whether alcoholics could be taught to drink in moderation.

"Those kinds of studies, according to this researcher, couldn't be done in the United States because we live in a culture that believes addicts ... must quit cold turkey," and the work might undermine that position, she said.

And there are cases of self-censorship, Kempner said.

Kempner's research was funded by the Greenwall Foundation and the Robert Wood Johnson Foundation.