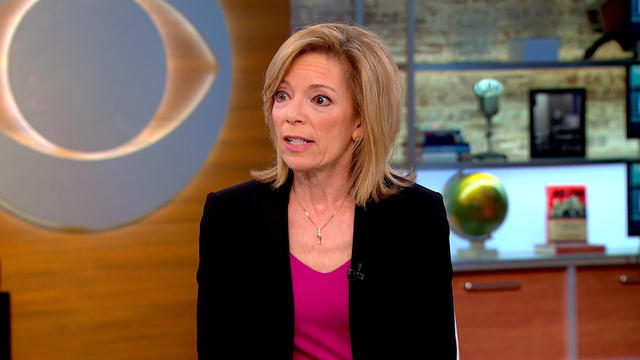 President Trump has declared the opioid epidemic a national emergency, and 21 million Americans are addicted to drugs and alcohol.

The cover story of September's National Geographic looks into the science of addiction and its impact on the brain's pathways. The article's author, Fran Smith, writes, "Addiction remolds neural circuits to assign supreme value to cocaine or heroin or gin at the expense of other interests such as health, work, family or life itself."

Smith joined "CBS This Morning" to discuss how addiction changes the way a person's brain functions and whether it can be re-trained out of those changes.

"Addiction causes hundreds of changes in the structure of the brain, in the chemistry of the brain, in the pathways that send nerve signals so that cells communicate with each other," Smith explained. "It remaps the brain and it causes the brain to focus on this one thing, one thing only – that object of desire – and blot out other things of interest."

"At the same time, the brain changes your ability to put the lid on desire," she said.

While the medical community has long considered addiction a disease, not everyone else has. But now, Smith says, law enforcement is beginning to come around to the idea as drug addiction continues to spread in America.

"I was just in Huntington, West Virginia, which has been hit really hard, and talked with the former police chief. And he said we are not going to arrest our way out of this problem," she said.

"Back in the 70s when heroin was a real problem in the inner cities, we didn't have brain scanners. Nobody knew what was going on inside the brain," Smith said.

Though there's no addiction cure on the immediate horizon, certain therapies have proven successful for many.

"Cognitive therapy has shown really great effects for lots of people. It really trains people how to think differently about drugs and alcohol and you can see in brain scanning studies that it really does begin to change how those circuits are operating – rewiring the brain, in essence," Smith said.

"One thing that we know is that kids, adolescents are really vulnerable and that so many people who have addiction later in life really began misusing drugs or alcohol as teens or young adults."