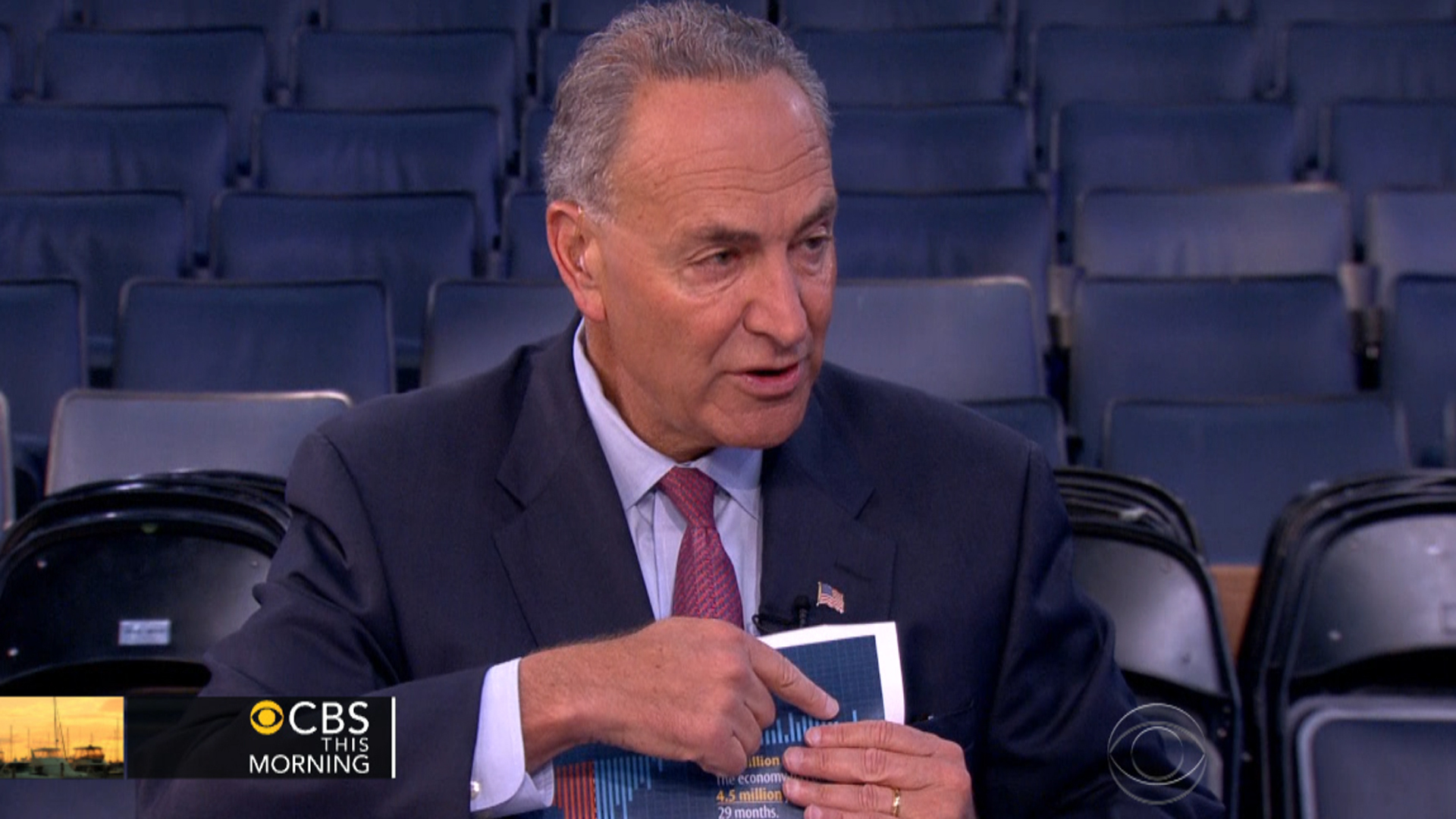 (CBS News) Senator Charles Schumer, D-N.Y., said Republican vice presidential candidate has been given an undeserved "halo" as a savvy budget reducer but argued that his budget plan is "fraudulent."

"His budget is one of the most fraudulent documents I've ever seen," Schumer said on "CBS This Morning," adding that Ryan's career has been propped up and promoted by wealthy conservatives who fund Republican-backed super PACs.

"He does try to make an effort to cut Medicare by dramatically changing it. He takes every nickel of that savings and doesn't use it for deficit reduction; he uses it to reduce taxes on the wealthy," Schumer, the third highest Democrat in the Senate, said.

"He creates this halo for himself that he's a budget reducer," he said, adding that the "mainstream media" also "gave Ryan this halo."

Schumer defended the Senate, which hasn't passed a budget in three years, for passing a spending platform in August 2011.

The New York Democrat also added that he believes the economy is doing better than it was four years ago. "We lost 600,000 jobs January 1, 2009; financial industry teetering on the edge, ready to go under; businesses across New York State [couldn't] get loans; our two major auto companies -- no one thinks they have a future," Schumer said of the month the president was inaugurated.

"GM and Chrysler are leading the charge. Banks are back on their feet making small loans to small businesses," Schumer said of today's economic outlook.

Schumer said Democrats are trying to "prove that we are focused on the middle class. We have a plan for that," he said.

Mitt Romney and Paul Ryan, Schumer said, "the greatest sin of the Republican platform is narrowness. Romney has had a very rarefied existence and he seems to think that if you help people like him, that's going to solve the whole economic problem."

On the Democrats removing from its platform that Jerusalem is the capitol of Israel, Schumer, who is Jewish, said he doesn't know the president's position on the issue and that he's never asked him.

"If you look at the two great threats to Israel [Iran and Hezbollah], this president is the best president we've had," Schumer said.

Schumer also said he is confident the president will win the Jewish vote.