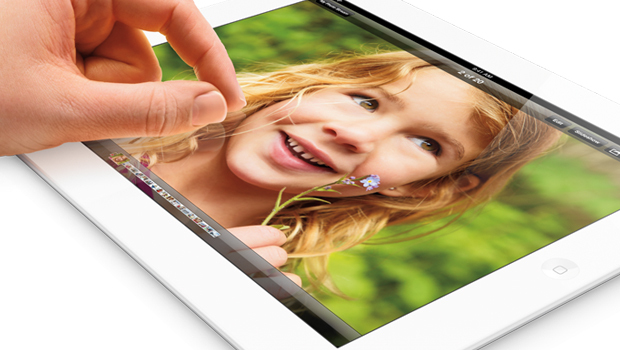 Well before the cleanup from Superstorm Sandy was in full swing, students could read about the weather system that slammed the East Coast in their textbooks.

Welcome to the new digital bookcase, where traditional ink-and-paper textbooks have given way to iPads and book bags are getting lighter. Publishers update students' books almost instantly with the latest events or research. Schools are increasingly looking to the hand-held tablets as a way to sustain students' interest, reward their achievements and, in some cases, actually keep per-student costs down.

"We must use technology to empower teachers and improve the way students learn," said Joel Klein, a former New York City schools' chief who now leads News Corp.'s education tablet program. "At its best, education technology will change the face of education by helping teachers manage the classroom and personalize instruction."

News Corp. introduced their Amplify tablet during a breakfast Wednesday at the South by Southwest conference in Austin, Texas. Priced at $299, the 10-inch unit runs on a school's wireless Internet system and comes with software for teachers to watch each student's activities, offer instant polls and provide anonymous quizzes to gauge student understanding.

Orders placed by June 30 will be ready for the start of the school year in the fall, officials at Rupert Murdoch's company said, adding yet another platform for schools to consider.

Putting a device in every student's hand is not a pie-in-the-sky dream. Some 2,000 schools already have partnered with Google to use its lightweight Chromebooks, which start at $199. Some 20 million students and teachers are already using them, company officials said.

And a study from the Pew Research Center's Internet and American Life Project found that more than 40 percent of students or teachers use some sort of tablet in their Advanced Placement and National Writing Project classrooms.

"When you think about it, these are A.P. classes and National Writing Project classes, and 4 in 10 say they are using these devices," said Kristen Purcell, associate director for research at Pew Research Center's Internet and American Life Project. "That's 6 in 10 who aren't using them. We still have a lot of room for growth."

In coming years, growth seems to be the norm.

Christine Quinn, the speaker of the New York City Council, has suggested replacing textbooks - they cost the city $100 million a year - with tablets. Schools in Los Angeles last month allocated $50 million to start buying tablets for every student; the project is expected to cost $500 million by the time it is completed. Schools in McAllen, Texas, distributed 6,800 Apple tablets last year at a cost of $20.5 million.

But it's not just the biggest school districts making the shift. The Eanes Independent School District in Austin is distributing more than 2,000 iPads to every student, from kindergarteners to high school seniors. The cost: $1.2 million.

Students, unlike some of their parents, aren't blinking.

"The biggest challenge is that they're growing up as digital natives, but when they get to the school door, they have to leave that at the door," said Scott Kinney, who trains teachers on how to use Discovery Education's products, which work on various platforms. "Kids are very comfortable with these things, so why aren't we reaching them in a way that's most beneficial to students?"

Discovery, the top digital content provider to U.S. schools, recognizes its potential to keep students interested with the most up-to-date material. For instance, it updated its science lessons for students in grades six through high school to incorporate Superstorm Sandy within weeks of its making landfall.

Students traced the path of the storm using digital maps, compared the changes in barometric pressure with wind speed and proposed cleanup plans for the region - even while cleanup crews were still working.

That fast turnaround is one of the main advantages of shifting to digital textbooks. So, too, are their language functions. For instance, a student working on his homework with a parent who isn't fluent in English can switch to Spanish. The textbooks can toggle between languages so students who aren't native speakers can check their understanding.

Another advantage: the digital books' cost. Discovery's lessons - branded "Techbooks" that run on laptops, desktops, iPads or other tablets - run between $38 and $55 per student for a six-year subscription. The average traditional textbook is $70 per student.

More than a half-million students are using Discovery's texts in 35 states on various platforms.

"If the teacher doesn't know how to use it, obviously it's not going to make much difference," said Mevlut Kaya, a computer teacher at Orlando Science Schools, a charter program that offered each student a leased iPad if he or she achieved a 3.5 grade point average.

In classrooms at the private Avenues: The World School in New York City, students at all levels receive an iPad and then receive an iPad and MacBook Air in middle school. The school doesn't buy textbooks and, in most cases, teachers automatically send students their reading and homework assignments over the school's wireless Internet network.

It's a system that's normal for students, who often already have mastered the technology.

"They live in the world where they have these distractions, where they have an iPad on their desk or a smartphone in their pocket," said Dirk Delo, the school's chief technology officer.

That's not to say there should be an instant shift, even technology evangelists warned.

"All too often, the technology programs I observed seemed more focused on bells and whistles, gadgets and gizmos, than on improving learning," Klein said. "And in many school districts, teachers have been handed technology they either don't think is effective or don't know how to use. The last thing we need is just another pile of unused laptops in the back or the classroom."