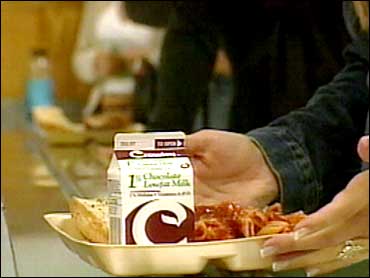 The government has been looking at the possibility of terrorists targeting food destined for school cafeterias, a federal food safety official said Monday.

Maczka, speaking to the annual conference of the Association of Food and Drug Officials, offered no evidence of specific threats to school lunches.

She said her office has studied the vulnerability of three products: milk, spaghetti sauce and egg substitutes. Currently, officials are looking at how a popular lunchroom staple, chicken nuggets, may be susceptible to tampering.

Federal officials have distributed a food safety checklist to school lunch providers, who must show evidence of a food safety plan, Maczka said.

She said vulnerabilities noted in the supply chain were classified, but that changes had been made to improve safety.

The Association of Food and Drug Officials conference, in its 109th year, focuses primarily on food safety and security. Aside from bioterrorism, speakers touched on other threats, from risks from imported foods to nuclear attacks and animal diseases such as avian flu.