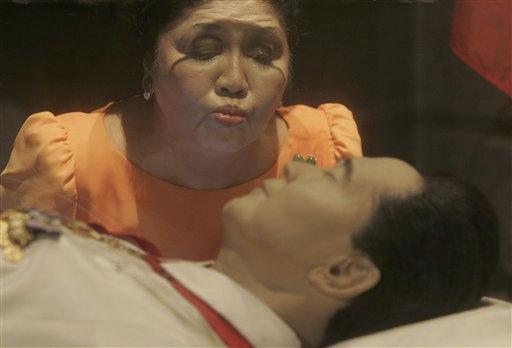 The mother of Lori Hacking presented $12,500 in scholarship money in her name to the University of Utah.

Hacking's husband, Mark, is accused of shooting his 27-year-old wife in the head while she slept July 19, and then dumping her body in a trash bin, according to an alleged confession to his brothers. He remains jailed on $1 million cash-only bond. A preliminary hearing is set Sept. 23.

Detectives and cadaver dogs are still searching the Salt Lake City dump, hoping to find both Lori Hacking's body and the .22-caliber firearm police say was the murder weapon.

Lori Hacking graduated with a bachelor's degree in management from the business school and had been accepted to the school's master's program.

"I am sure Lori is looking down upon this happy occasion with her dazzling smile because she knows her scholarship will now help those in need gain an education and that was very important to Lori," Soares said, fighting back tears.

"Just Wednesday, I received a letter with a one dollar bill and one dime inside of it from a child who wanted to help. I wept when I opened that envelope."

The Lori Kay Soares Hacking Memorial Scholarship will be awarded annually to a junior student who is in good standing at the University of Utah with a minimum 3.0 grade point average.