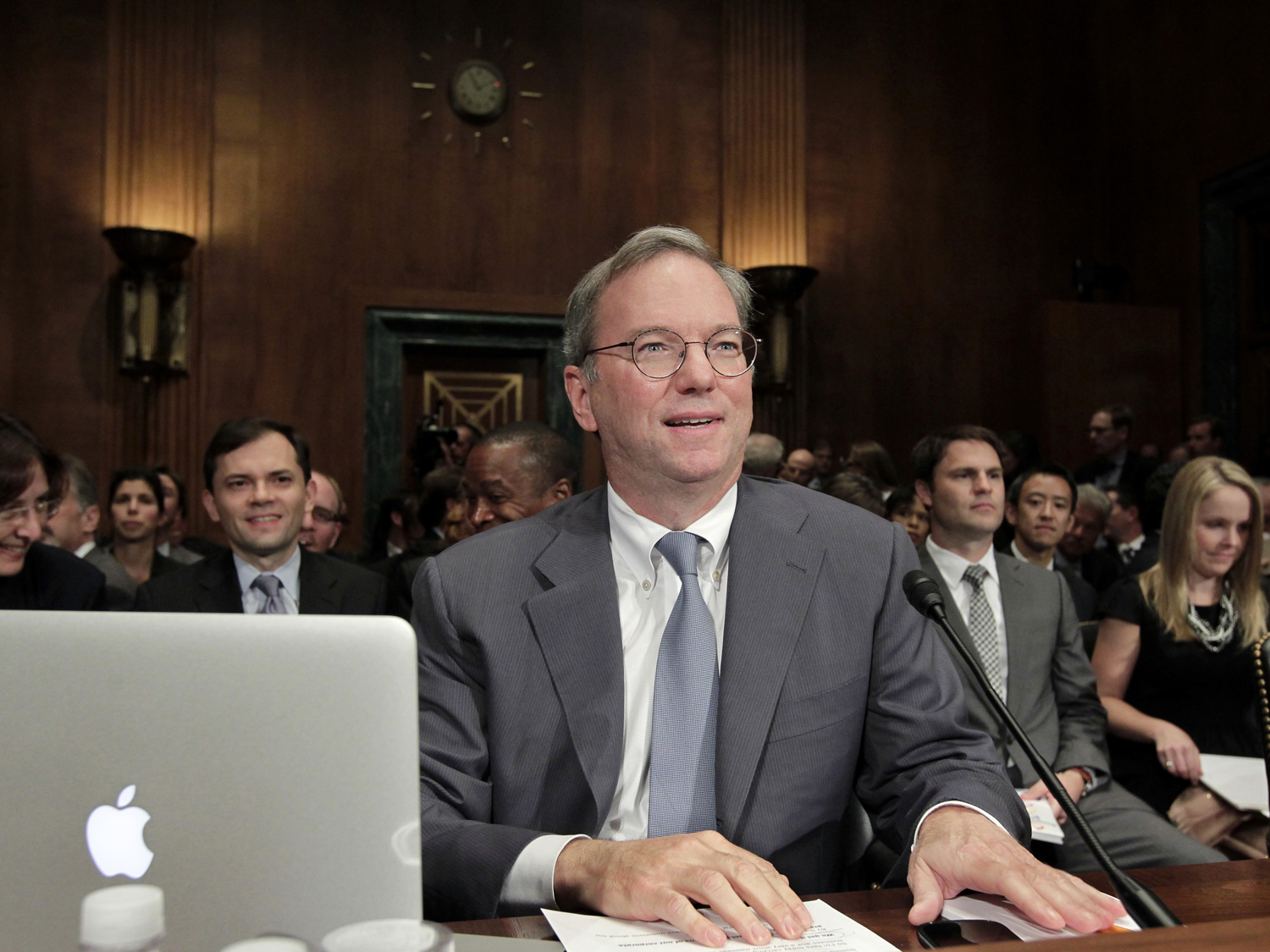 Commentary: This wasn't a fair fight. Not in the least.

Then again, the day's lineup card penciled in one of the brightest computer scientists in Silicon Valley against, well, a collection of politicians who have a record low approval rating with the public.

You had to know going into this that Eric Schmidt was too smart and too practiced an operator to let himself get cornered. And that's exactly what happened as Google's ex-CEO (and current executive chairman) deftly turned aside every attempt to get him to confess that his minions somehow manipulated its flagship search algorithm to unfairly favor Google. Not that there was much in the way of aggressive, pointed - or particularly well-informed technical - questioning. My particular fave' was Iowa's Chuck Grassley who demonstrated his mastery over the art of asking open-ended questions (What do you say to Iowans...? Etc.)

Genial, smiling almost professorial, Schmidt didn't come close to breaking a sweat, even when Franken raised Yelp's allegations or when Mike Lee (R-UT) tried his best to get Schmidt to acknowledge that Google rigged its algorithm to favor its own "secondary" products in search results.

"You've cooked it so you are always third," Lee said.

"Senator, I can assure you we have not cooked anything," Schmidt responded with icy indignation.

That was the closest we got to anything remotely connected to drama all afternoon. Then again, the odds were stacked almost entirely in favor of Schmidt, who had the easy advantage in brainpower, facility with the subject matter and, ultimately, cool. Schmidt, sounding often like a geeky version of Casey Stengel, calmly responded to simple - honestly, sometimes simple-minded - questions with winding, coast-to-coast explanations that left his interlocutors with their eyes glazed over.

And that was the trouble with this piece of political theater. Maybe some of the senatorial aides hoped that Schmidt would suffer a tantrum the way Bill Gates did when he was forced to submit to the Justice Department's lead prosecutor David Boies in the Microsoft antitrust case in 1998.

But during his introductory remarks, Schmidt put that one to rest, recognizing the historic parallel. "Twenty years ago, a large technology firm was setting the world on fire. Its software was on nearly every computer. Its name was synonymous with innovation," Schmidt said. "But that company lost sight of what mattered. Then Washington stepped in."

"I'm here today carrying a long history in the technology business and a very short message about our company: We get it," Schmidt said. "By that I mean that we get the lessons of our corporate predecessors."

And with that, he pulled off one of the best imitations you'll ever see of Ali's Rope-a-Dope. In that strict sense, it was quite the spectacle. But for the sake of the queasy, someone should have rung the bell and brought to a close early on.